Jackson flood evacuees say they are anxious to return home 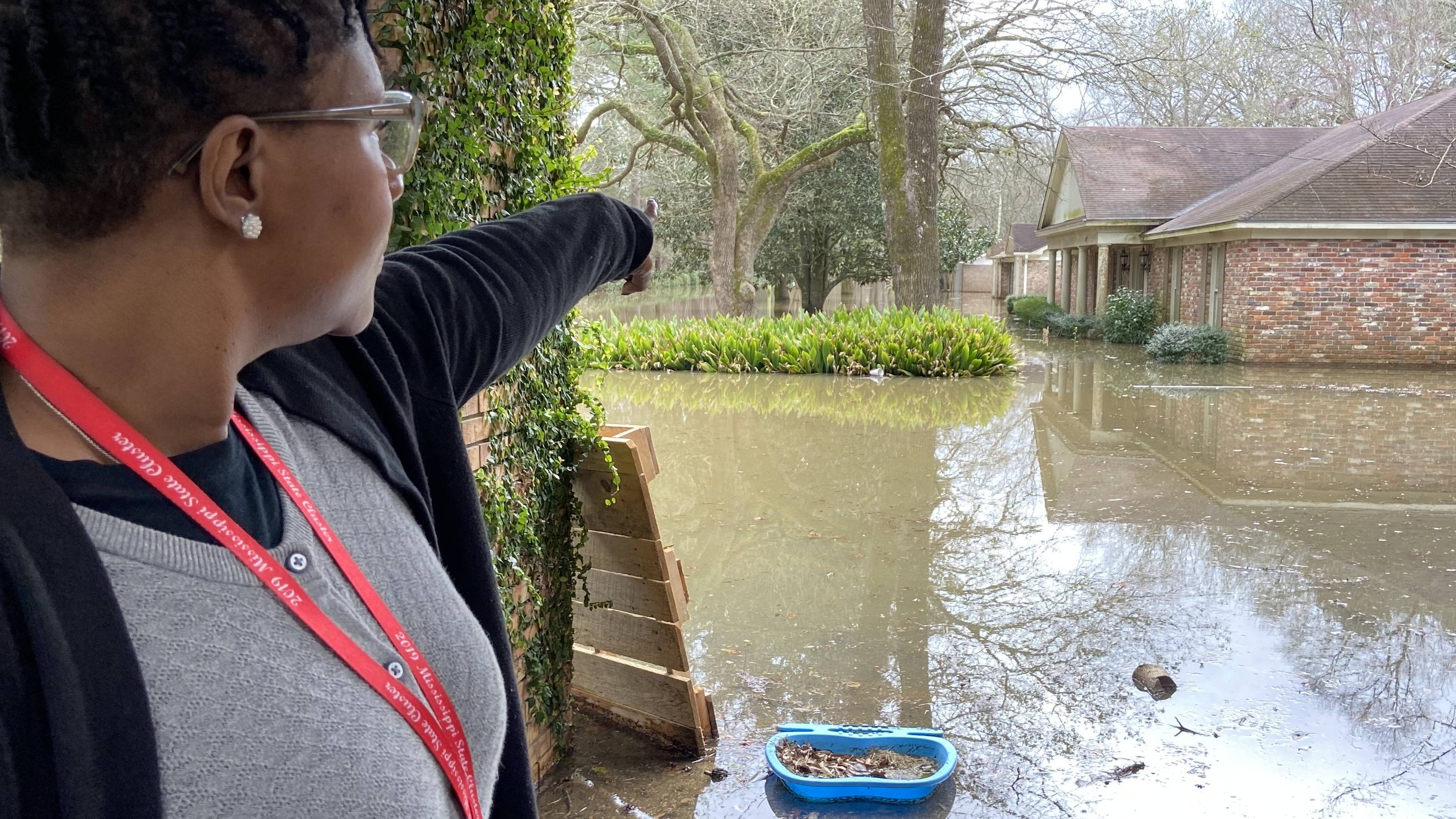 As many as 1,000 homes are flooded in Mississippi and hundreds of residents still remain displaced after the swollen Pearl River crested on Monday. While the river crested just under 37 feet and short of the expected worst-case-scenario MPB's Ashley Norwood talks to residents in the capitol city who say they are anxious to see the damage.

Jay Carter is entering his home in the Rollingwood Subdivision in Northeast Jackson for the first time since he evacuated Sunday. He's joined by his sister Kim Carter. Floodwaters filled his yard and some of his driveway but it didn't get inside his home. Carter says he considers himself lucky.

"It's a pain to be separated from what you're used to. For me it's not nearly as bad as it could be for other people," said Carter.

Other people like Shaunta Durr who lives just two doors down. Looking from Carter's driveway, she says she can see the water above the doorknob on her front door. Durr says her house sits lower than any other house on Yucca Drive.

"Of course I know that it has flooded in. I think there's a possibility of a lot of mold that will settle in. I'm really concerned about the smells," said Durr.

Durr says she, her husband and their three little girls evacuated Friday. She's been taking photos and videos of her home's exterior to keep track of the damage until she can go inside.

At a press conference yesterday, Republican Governor Tate Reeves says taking photos of the damages will be a critical step as the state transitions into the recovery phase.

"If the water is in your home, wait until the water recedes which should occur over the next two-three days. And then take pictures. Upload them to the website msema.org what that damage is and that would go a long way towards helping," said Reeves.

Governor Reeves says Mississippi as a whole isn't in the clear yet. If the rain in the next few days are heavier than forecast, Reeves says that doesn't mean the flood waters will rise in Jackson but could be a problem for counties downstream.  Ashley Norwood, MPB News.