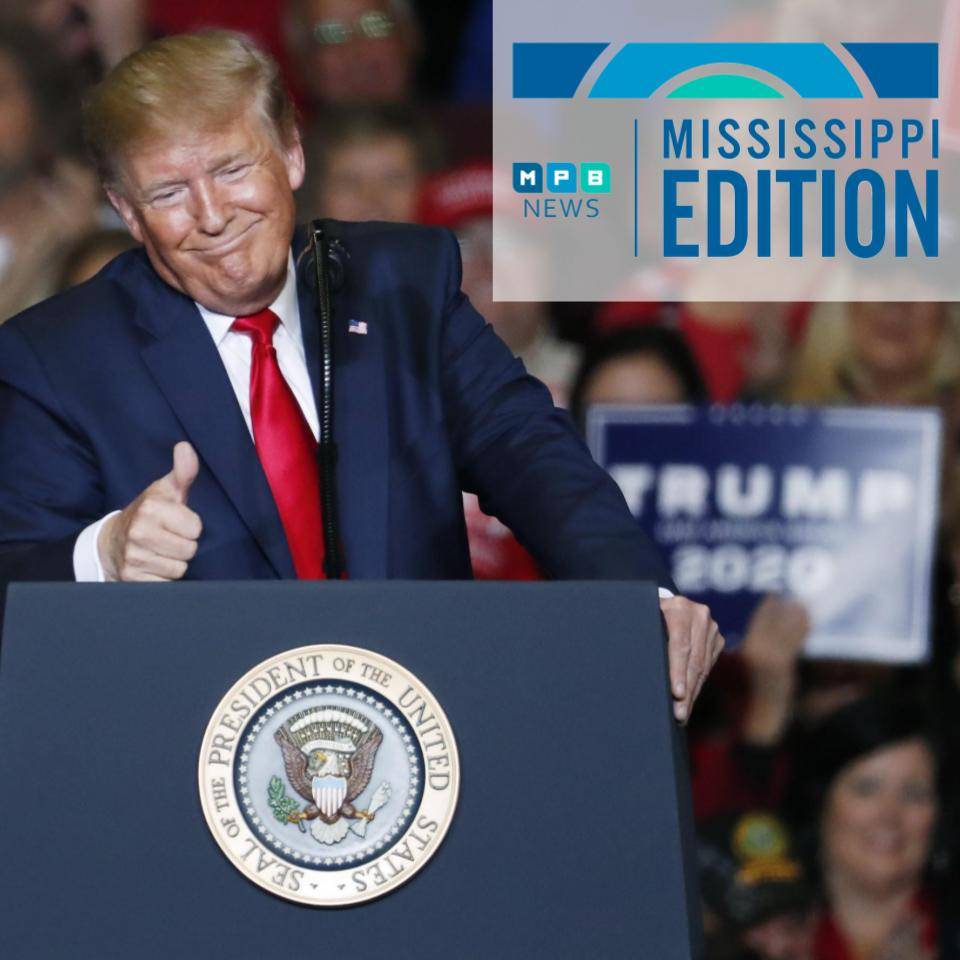 President Donald Trump visits North Mississippi to go on the offensive against impeachment proceedings, and stump for Republican candidate for Governor, Tate Reeves. Then, hear from the two candidates for Secretary of State: Democrat Johnny DuPree and Republican Michael Watson.

President Donald Trump makes a campaign stop in Mississippi to shore up support for the Republican candidate for governor with a rally in Tupelo. As MPB's Desare Frazier reports.

Tomorrow is election day in Mississippi. Voters will go to the polls to choose who will represent them in every statewide office, several state commissions, and every seat in the Mississippi legislature. Secretary of State is one of the many offices that is guaranteed to have a new leader. The two candidates running are Republican Michael Watson, a state Senator from the Gulf Coast, and Democrat Johnny DuPree, the former Mayor of Hattiesburg.

Photo: President Donald Trump gestures to the audience during his address on a number of topics, including his administration's successes and poking fun at his critics, during a Keep America Great Rally in Tupelo, Miss., Friday, Nov. 1, 2019, days before the Nov. 5 general elections in Mississippi. (AP Photo/Rogelio V. Solis)