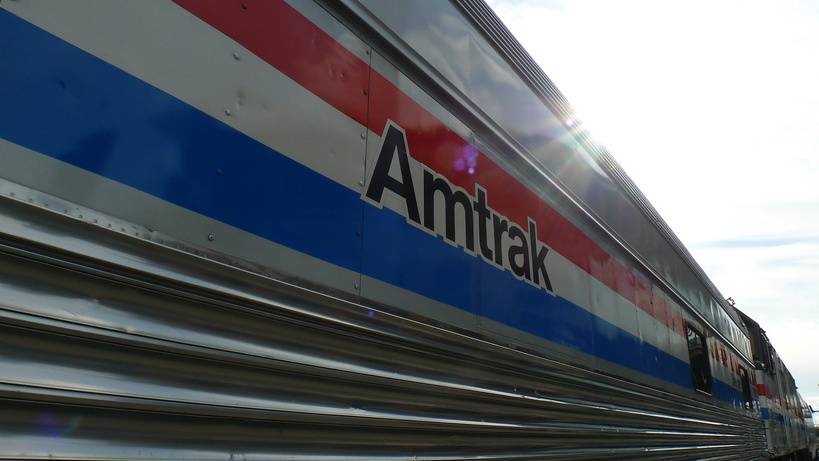 Amtrak May Return To The Gulf Coast

Mississippi Gulf Coast residents are hoping passenger rail service will be restored to the region after a 10-year hiatus that started when Hurricane Katrina roared ashore. An Amtrak inspection train stopped for a visit in towns along the Coast yesterday. Hundreds of Coast residents cheered as the train pulled into the station at Gulfport. Amtrak estimates passenger rail service from New Orleans to Orlando would require funding of just under $10 million a year. Gulfport Mayor Billy Hewes told MPB's Evelina Burnett the return of Amtrak would be a welcome jolt for the Gulf Coast.

Rally To Change The State Flag

Supporters of removing the Confederate battle emblem from Mississippi's state flag are making their voices heard. The Flag for All Mississippians Coalition is supporting two bills that aim to do away with the current state flag. Senate Bill 2147 would establish a commission to redesign a flag that would not include the Confederate emblem. House Bill 1544 calls for a statewide referendum to change the flag. Members of the Coalition and others gathered at the state Capitol yesterday, hoping lawmakers will move toward adopting a new state flag. The Coalition provided charter buses for people all across the state to attend the rally. Sharon Brown -- director of the Coalition -- is urging the legislature to change the state flag, or put it on a referendum like it was in 2001. That year, Mississippi voters decided to keep the current flag. Brown says a new day and age calls for a new flag. She spoke with MPB's Maura Moed at the rally.

Honoring the memory of Martin Luther King, Jr. can take many forms. It can come in song, in film, in public art installations. But Troy Patterson Thomas has a unique approach. Thomas uses his entire person to pay tribute to the Civil Rights pioneer. A native of Gary, Indiana, Thomas has memorized almost every speech given by King. He tours the country not only reciting the speeches, but portraying King, bringing him to life. Thomas was in Mississippi this week performing his tribute and we talked with him about his performance. He said he uses his talents to bring a message to people.