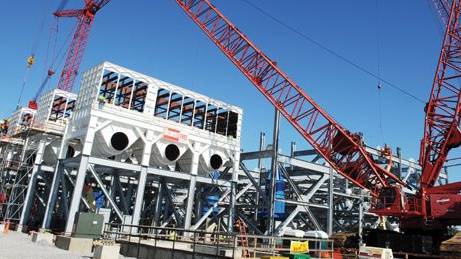 Economic Downturns And The Working Poor

Mississippi still has 18,000 fewer jobs now than it did before the recession. That’s according to a new report called the State of Working Mississippi 2016. The report also found African Americans are particularly affected by economic challenges in Mississippi when they hit. Father Fred Kammer is director of the Jesuit Social Research Institute at Loyola University -- which published the report. He tells MPB's Evelina Burnett working families are finding it harder to find economic security.

The power plant being constructed by Mississippi Power in Kemper County is more than two years behind schedule and more than $4 billion over its initial budget of $2.4 billion. The plant is supposed to provide jobs for Mississippi and hope for clean burning coal technology for the world. MPB TV's news show, @Issue, is providing an in-depth look at the "clean coal" plant in Kemper County tonight at 7:30. MPB's Mark Rigsby, executive producer of At Issue, spoke with Johnny Atherton -- vice president of public relations and corporate services for Mississippi Power -- in this excerpt from tonight's show.

Tailgating. Rivalries. Touch downs. And more tailgating. It's the beginning of college football season in Mississippi and thousands of people across the state are hitting the road this weekend to cheer on their favorite team. But how do you get to the game as quickly and safely as possible? The Mississippi Department of Transportation is here to help. With a website, a mobile app and a call-in number, you have more than one way to plan your trip and get the latest information on road conditions before you travel. MPB's Sid Scott spoke with Morgan Miller of MDOT on using the tools to help support your team.