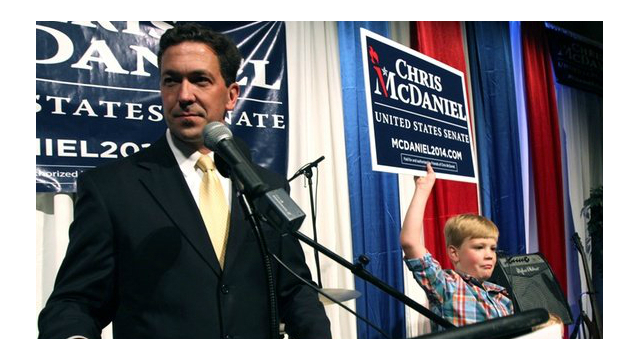 Segment 1: McDaniel/Cochran to face off in court today

Attorneys for state Senator Chris McDaniel are demanding election records from more than half of Mississippi's counties for a lawsuit that seeks to overturn his June Republican Senate runoff loss to Senator Thad Cochran. This comes ahead of a hearing scheduled for today that will determine whether the case will move forward. Cochran's lawyers are hoping a judge will throw out a lawsuit that calls into question the validity of the results of the runoff. According to a motion made by Cochran's legal team last week, a 1959 Mississippi Supreme Court decision states that an election must be initiated within 20 days of the election. McDaniel filed his challenge in Jones County Circuit Court on August 13, fifty days after the runoff. McDaniel campaign spokesman Noel Fritsch explains their side of the case to MPB's Paul Boger.

Kenneth Townsend is a political science professor at Millsaps College in Jackson. He says the case is actually fairly complicated, and there's no easy solution.

Segment 2: The face of hunger in Mississippi

The new "Hunger in America" survey from Feeding America says that one-in-seven people in the US will turn to a food pantry for assistance. That number is even higher in poor states, like Mississippi. According to the report, around two-thirds of the people who ask for food assistance regularly have to choose between buying food, or paying for other necessary services like rent or medical supplies. Dr. Charles Beady is the new CEO of the Mississippi Food Network. He talks with MPB's Ezra Wall about the new Feeding America report, and what his organization is doing about it.

For those interested, the direct link to the Mississippi Food Network's donation page is HERE. The link to sing up to volunteer is HERE.