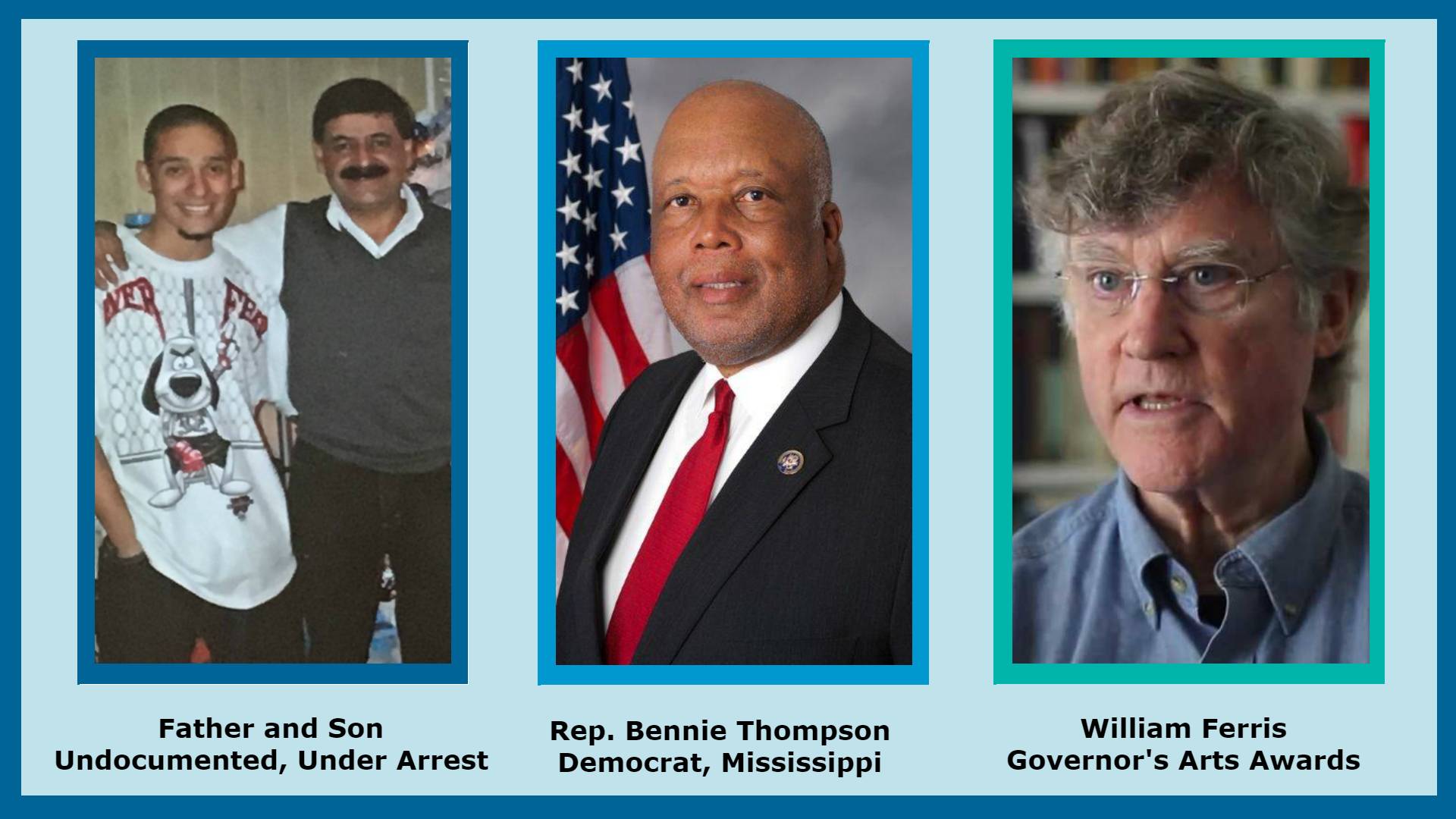 A father and son from Argentina are in the custody of immigration officials in Pearl and could soon be deported.  Immigration and Customs Enforcement arrested the pair yesterday at a west Jackson home. Bill Chandler with the Mississippi Immigrants Rights Alliance says the father, Daniel Vargas, was awaiting a special visa he applied for after becoming the victim of a crime.  Vargas' daughter, Daniela, who was home at the time, says her brother is undocumented. She's a DACA (Deferred Action for Childhood Arrivals) student, which means she can avoid deportation while attending school. Daniela spoke with MPB's Desare Frazier.

Thomas Byrd is a spokesman for Immigration and Customs Enforcement.  He says yesterday's arrests were part of a routine process ICE goes through.

The ranking Democrat on the House Homeland Security Committee says there should be an investigation into the former National Security Advisor's communication with Russia.  President Donald Trump says General Michael Flynn's contact with Russia while he was still a civilian wouldn't even be public knowledge if it weren't for illegal leaks.  But Mississippi Congressman Bennie Thompson says Flynn's recent admissions raise serious national security concerns. Flynn unexpectedly resigned his post this week after just three weeks on the job.

Thompson made his comments at a press conference yesterday in Washington.  Correspondent Matt Laslo caught up with the Congressman and asked him about some of President Trump's policy ideas, starting with the repeal of the Affordable Care Act, commonly called Obamacare.

William Ferris has dedicated his life to preserving the stories of Mississippi's culture. He grew up in Vicksburg before going off to boarding school and college, eventually earning a doctorate in Folklore. He was the founding director of the Center for the Study of Southern Culture at the University of Mississippi. At one time he was the director of the National Endowment for the Humanities. He is back in Mississippi today to receive the Governor's Arts Award for Lifetime Achievement.

On the Mississippi Arts Hour, Ferris talked about how he became a folklorist. Here he is talking to Turry Flucker and Jennifer Joy Jamison.

Bill Ferris will receive the Governor's Arts Award for Lifetime Achievement tonight. You can hear the entire ceremony, including the other 5 honorees, LIVE at 6:00 right here on MPB Think Radio.