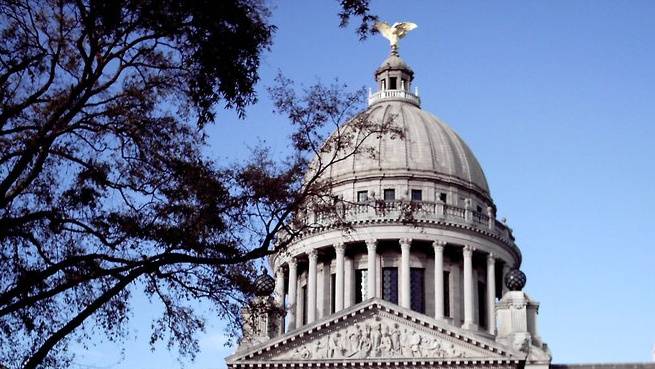 Mississippi legislators are in session at the Capitol today, working toward the deadline for bills to be considered. In a session where many are in office for the first time, the process can be more complicated than usual. One movement gaining momentum in the current legislative session is the push for more accountability in state budget allocations. Many lawmakers believe it's time for proof the programs they fund really work. This has led to the creation of a Performance-Based Budgeting Committee. President Pro Tempore of the Senate Republican Terry Burton of Newton addressed the Mississippi Economic Council's first breakfast meeting of the 2016 legislative session yesterday. Burton said there's no quick fix to bringing accountability to the process. He spoke with MPB's Desare Frazier.

Poverty And Hunger In Mississippi

More than 20 percent of Mississippians will start today without access to nutritious food. Some live in urban areas. Some down the state's rural roads. In the African American community in particular, food insecurity is a daily fact of life in the state. The Christian-based nonprofit -- Bread for the World -- is spreading the word about a new fact sheet on hunger and poverty among African Americans. The group is calling for bipartisan seriousness in addressing the issue. We spoke with Eric Mitchell -- director of government relations for Bread for the World. He said while African Americans in particular lack resources and opportunity, poverty can impact anyone.

What happens when an escaped slave, a white orphan, and a Creek Indian are thrown together after a violent event and must flee authorities in late 17th century America? This is the backdrop for Free Men -- the new novel from Jackson native Katy Simpson Smith. The daughter of college professors, Smith's first novel -- The Story Of Land And Sea -- was published to great acclaim. With Free Men, she takes an event from history and examines its power over the hearts of the men involved. Smith will be at Millsaps College tomorrow afternoon as part of the school's Friday Forum series along with poet Natasha Tretheway. Smith spoke with us in today's Book Club.