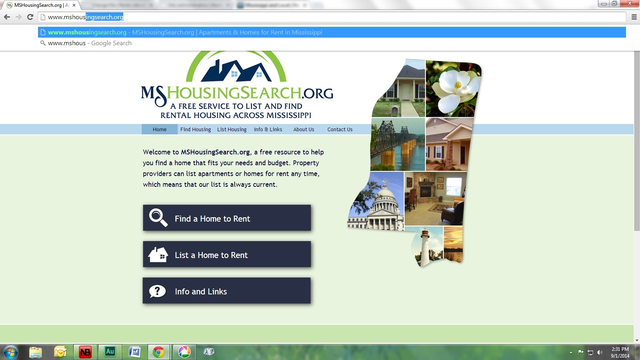 For the first time, Mississippi has an online database listing affordable, subsidized and low income housing. The state is launching a website where Mississippians can search more than 27,000 affordable housing options. The site is funded by the Division of Medicaid, and Medicaid's Kritsi Plotner says it is important to get low-income Mississippians and seniors into safe, stable and affordable homes. She talks with MPB's Jeffrey Hess.

Claude Wilson is a manager at one of the facilities users can find on the website. He talks about the difficulty many Medicaid recipients have finding housing.

Pro-choice activists say a recent court ruling against what they consider a "TRAP Law" in Mississippi shows that attempts to end legal abortion are not working. A federal court recently put a hold on a Mississippi law that would require doctors at abortion clinics to have admitting privileges at a local hospital. That law would have likely shut down the state's only abortion clinic. Similar laws are being passed or considered in other states, particularly in the south. Stephanie Toti is an attorney with the Center for Reproductive Rights. She explains to MPB's Ezra Wall what the "TRAP" in Trap Law stands for.

The Chair of Mississippi's House Public Health Committee has consistantly said the admitting priviledges law is meant to protect the health of women, not bring an end to Abortion.

Segment 3: "The Story of Land and Sea"

Jackson native Katy Simpson Smith is releasing her already-well-regarded debut novel, "The Story of Land and Sea." The book has the recurring theme of following different parent-child relationships through several generations around the time of the American Revolution. Smith talks to our Ezra Wall about why family relationships are important in her storytelling.