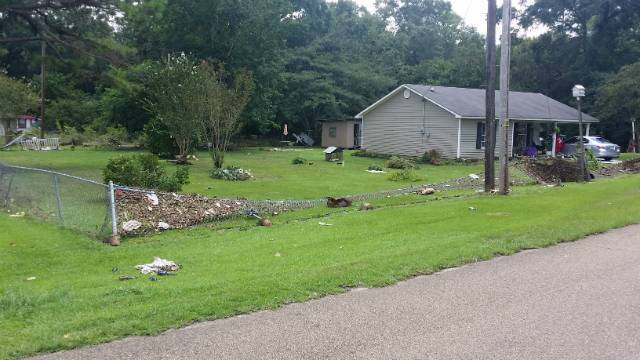 Smithson says Amite and Pike counties also saw some damage, but Wilkinson County received the brunt of it. Still, he says, the state of Mississippi will not get a federal disaster declaration.

"Only because the damage was not so widespread, and the way it works is, the governor has to tell the president that the damage exceeds the state's capability to respond to it. And it's just not quite there," he says. "But we have gotten some alternative housing funds to the tune of a quarter-million dollars that will be going to the people of Wilkinson County, for the express purpose of purchasing building supplies to repair their homes, and that larbor will be done by non-profit and faith-based organizations."

Wilkinson County emergency management director Thomas Tolliver says volunteers from a number of different organizations have and are continuing to help residents, this week by mucking out and cleaning flooded homes.

"To have such volunteerism in our area, is something we've never seen before," Tolliver says. "We're thankful for those ministries that are out there designed to help and assist people in natural and man-made disasters. We don't know what we would have done without them."