Black Businesses in Mississippi: Where are they now and how do they wish to grow? 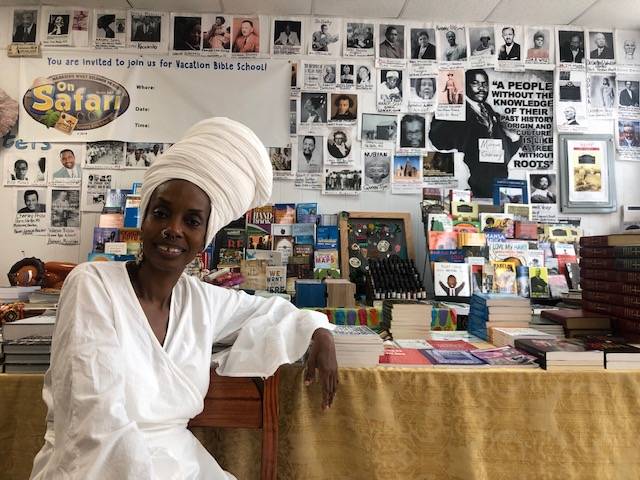 Almost 40 percent of the population in Mississippi is African American. That's more than any other state in the nation. But black people own less than 18 percent of the state's economy, according to the U.S. Small Business Administration. MPB's Ashley Norwood reports on why African Americans own significantly fewer businesses and what some black business owners have to say about it.

Chimes dangling from the door of Louise Marshall's Music and Bookstore alert the staff whenever a customer has arrived. The Christian bookstore opened in the 1940's in the historic Farish Street District in Jackson. It is believed to be the nation's oldest operating bookstore owned by a black person.

Maati Jone Primm is the third generation owner and operator of the bookstore, which is named after her grandmother. She says they've operated on Farish Street for their entire 80 year history.

"Farish Street District belongs to our people. If we leave then we'll be giving away our legacy," said Primm. 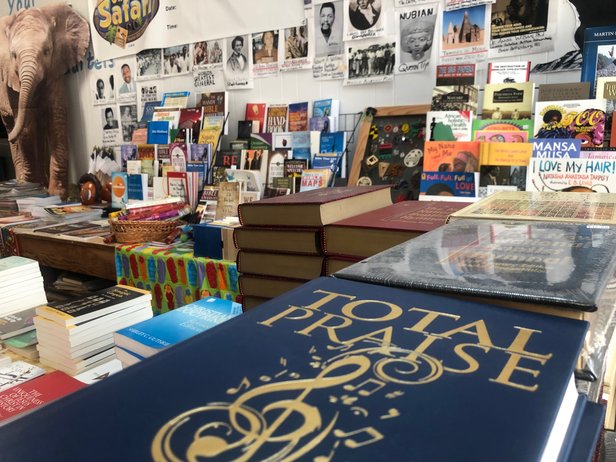 The decor in the historic Louise Marshall's is rustic and informal. Dozens of computer printed and photocopied images adorn the walls with handwritten captions. The photos are of Pan African pioneers, civil rights activists and black entertainers. Many of them are from Mississippi.

Primm says they're able to stay open because they are considered a destination location and many of their customers have shopped with them for decades.

Farish Street-- once referred to as the "black Mecca"-- was booming and nationally known as a hub for black-owned businesses up until the 1970s. 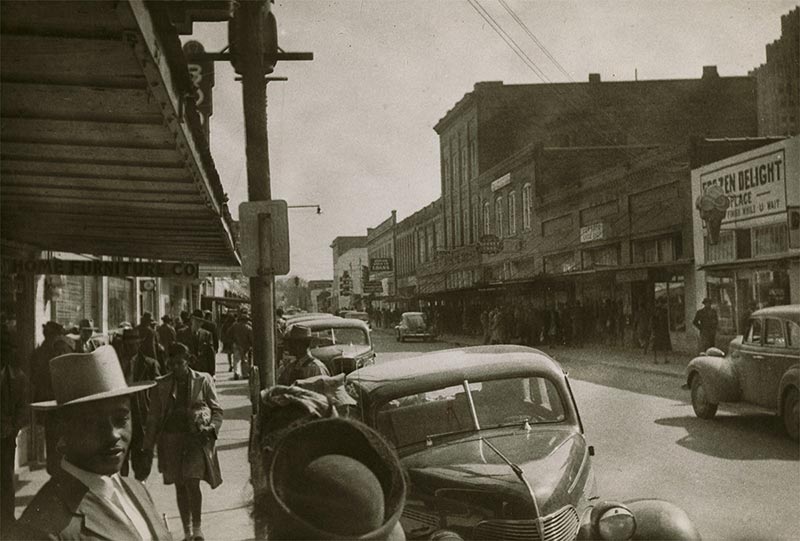 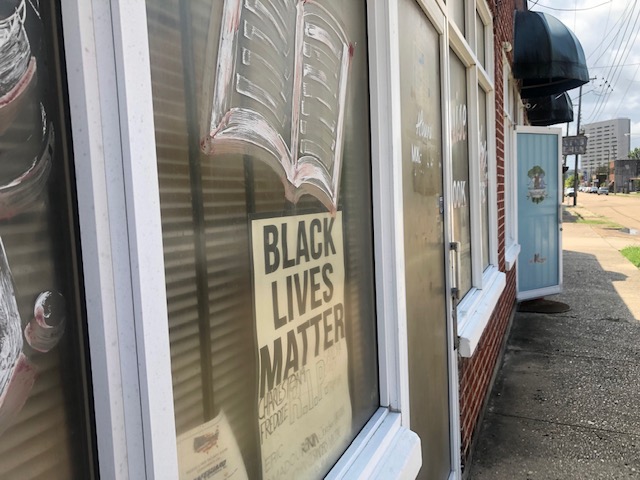 Nowadays, there's more blight than business and it's quiet.

Of the almost 2700 Mississippi businesses registered by the U.S. Small Business Administration, about 470 are black owned.

Primm says the black dollar is significant in today's economy and she believes it could be more powerful if African Americans spent their money amongst themselves.

"We are damaged by it. We are impoverished by the fact that our money is not staying in our community," said Primm.

So let's talk about how dollars circulate in a community.

If a black customer spends a dollar in a black owned restaurant, and the owner spends that same dollar to buy produce from a black farmer - that dollar has remained in the black community up until that point. If a black customer spends a dollar on services at a black beauty salon and the hairstylist uses that same dollar to pump gas at a station not owned by a black person- that dollar is no longer circulating in the black community. 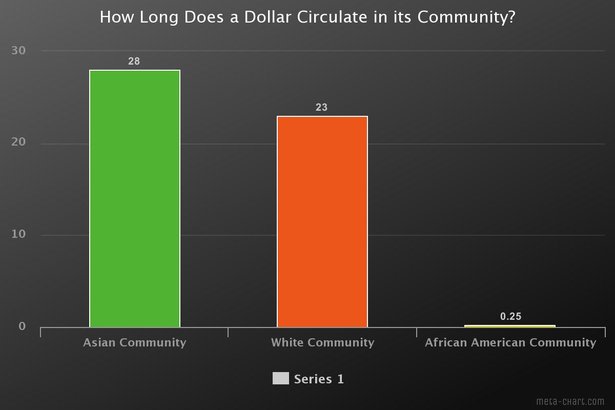 Tim Lampkin is co-founder and CEO of Higher Purpose Company in Clarksdale.  He says a reason there aren't more black entrepreneurs is because studies show they are less likely to even apply for traditional capital.

"So there's this discouragement factor and then when you look at just the scarcity mindset of really not being perceived as valuable in your community, that brings in this other level of trauma that no one's really talking about," said Lampkin. 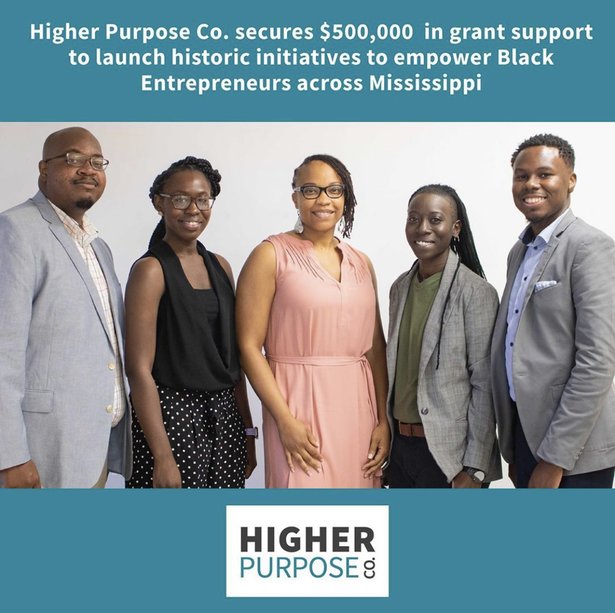 "Get over your fear. Fear."

That's T'Keyah Williams who did get over her fear. She's blending one of her bestsellers-- the cinnamon bun smoothie. 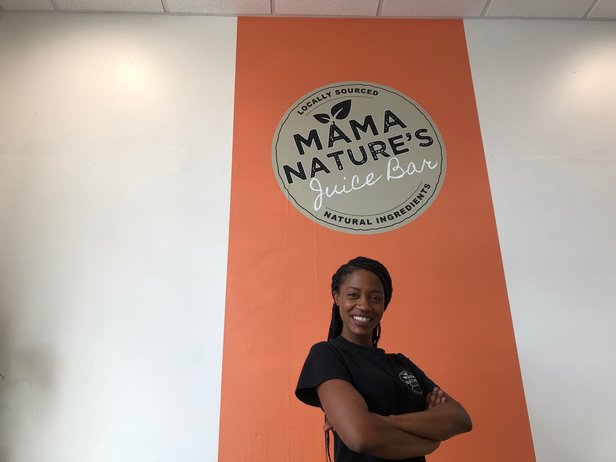 She says she started bottling juices and smoothies in her kitchen three years ago. Her brand has now expanded to two Central Mississippi locations and a possible third in the South.

Ma'ati Jone Primm is locking the door to the historic Louise Marshall's Music and Bookstore and flipping the open sign to closed. She says some seasons bring in more cash than others. While she gets tired, she says, she's never discouraged. Primm believes in order for black businesses to thrive, African Americans have to make a commitment. And that commitment, she says, could improve their quality of life.

"We would see our unemployment rates plummet. Therefore we could work on reducing our crime rates, we could improve our education systems, healthcare... Everything could really pivot on us committing ourselves to buying black," said Primm. 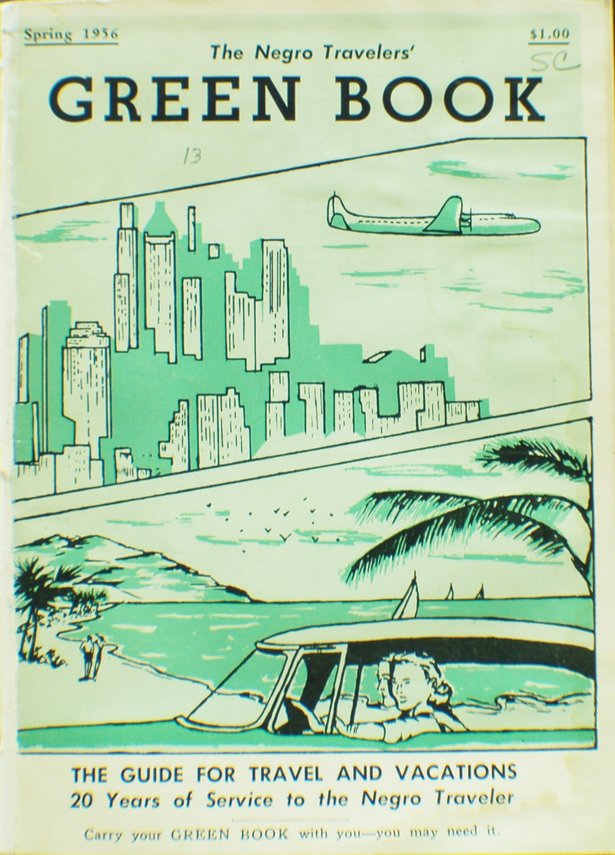 In the Jim Crow era, resources like a guide called the “Negro Motorist Green Book” provided African American travelers advice on businesses that were safe places to eat and sleep. There are modern resources similar to the Green Book providing black people with listings of businesses in their community like the Jackson Black Pages or even across the world like WeBuyBlack.com.

And while African Americans can go wherever they please without embarrassment or the threat of physical harm, these kinds of resources help African Americans who choose to intentionally support black businesses.