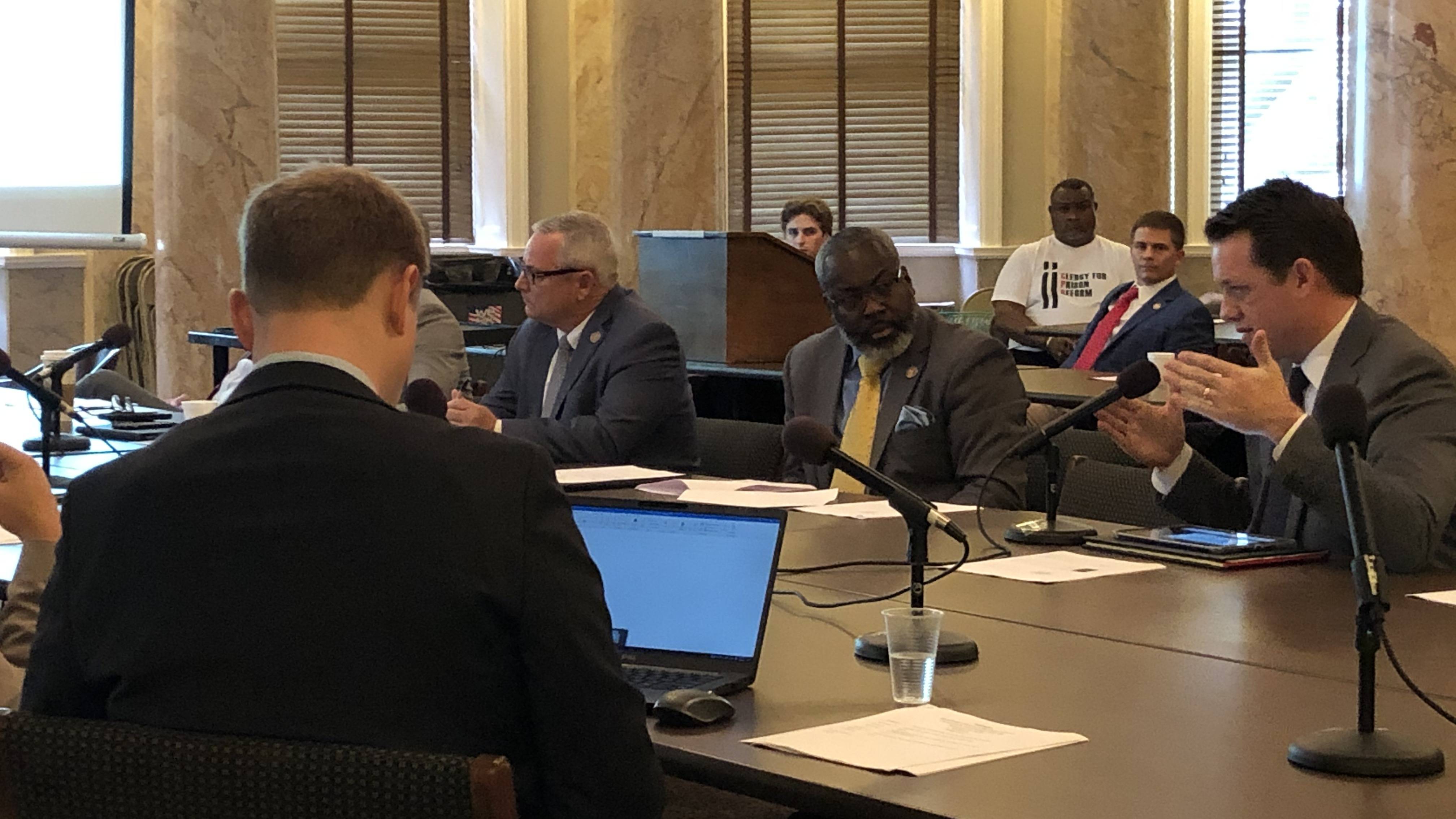 Prison renovations and drug courts are among the issues Mississippi lawmakers are taking up to reform the troubled system.  MPB's Desare Frazier reports.

The House Corrections Committee passed a bill requiring a detailed estimate of costs to repair and renovate Walnut Grove Correctional Facility in Leake County.  HB 756 allocates up to $50,000 to the department of finance and administration for the study.  Republican Kevin Horan of Grenada chairs the committee.

"What we did today was look at the Walnut Grove Facility and get some funding to get DFA to go down there and assess it, determine what it will cost to get it upgraded so it can house just about any class of inmate," said Horan.

Recent violence and the deaths of at least 16 inmates, most at Parchman, has the department of corrections looking to move inmates out of Unit 29 there--where most of the violence occurred.  In a Senate Corrections meeting, State Supreme Court Chief Justice Michael Randolph said he's studied intervention courts which include drug courts and ones for mental health and veterans' issues.  Randolph's asking for $2.1 million to create 19 new courts.

"Because once people become accountable to a judge and to a group they do well.  They'll take their medications and they'll stay out of trouble," said Randolph.

Also, CEO Bradley Lum talked to lawmakers about his non-profit Mississippi Prison Industries. There are 19,000 inmates and nearly 600 employed in metal and print factories in three prisons where they learn skills and work ethics.

"We've got to grow that number to where 30 to 40 to 50 percent of our inmates have the opportunity to work.  Once that happens, we're going to start seeing that there's a work ethic being instilled in our prison population that allows for them not to recidivate," said Lum.

Lawmakers say they'll be introducing bills that address these reforms.