Shelters Open For Those Fleeing Cold 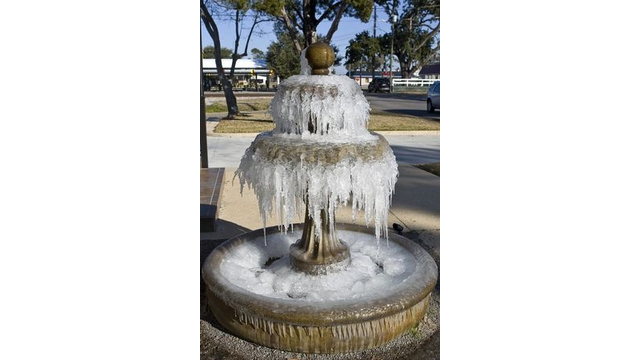 Shelters across the state remain open as long as the arctic cold spell lingers in Mississippi, pushing temperatures into single digits. "You know that wind just has some gigantic tiger teeth and it will cut right through you,” said meteorologist David Maddox.

Several emergency shelters are open across the state in Harrison, Yazoo, Hancock and Lee counties, plus the city of Jackson. Susan Gilbert is the director of social services at the Salvation Army shelter in Tupelo.

“We had to open up part of our community center to be a shelter also because our shelter was full and then we started with the cold last weekend, having more and more come in," Gilbert said. "We have thirty [people] that are here at the moment and I’m really expecting more to come in during the night.”

Bob Devaney, regional disaster and program officer for the American Red Cross in Mississippi, has just delivered supplies to a shelter in Yazoo City at the King Salomon Baptist Church.

“We dropped off some blankets, and some cereal, and some milk, and some orange juice – things for breakfast tomorrow. They already received calls from 26 people that are planning on heading over and spending the night, but they anticipate there may be a few more,” Devaney said.

Meanwhile several school districts in north Mississippi that had canceled classes on Monday are back to school today. Jeannie Sprayberry is the director of special services for the Tate County school district in Senatobia.

“With the temperature being sub – it was like ten when I got up [Monday] morning – we thought that would not be good for our students to be standing out waiting on a bus to come by. And so the decision was made to have the students not come to school [on Monday] but to start back tomorrow, which was the original calendar, you know, back in the summer," Sprayberry explained.

While temperatures today remain below freezing, warmer weather is on its way. Some areas are expected to be back in the 50s and possibly even 60s later this week.