New Law Affects How Mississippi Can Collect Out of State Taxes 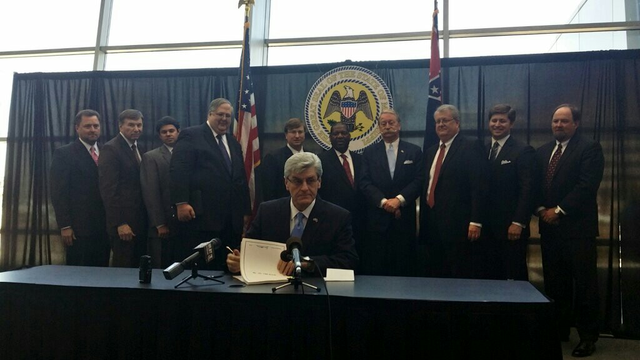 Under the Mississippi Tax Fairness Act, pressure would be put on the Department of Revenue to show "clear and convincing evidence" as to why it is charging businesses certain taxes. Bryant says this measure will put businesses and the state's Revenue Department on equal footing.
"If they were told by the Department of Revenue they owed more taxes, then the burden of proof was upon the taxpayer." said Bryant. "Now we're saying, 'You show us, if you will from the tax department, why you believe -- what evidence you have -- thatI'm not paying enough taxes."
The Department of Revenue estimates that the new law will cost Mississippi up to 100 million dollars a year in potential revenue.  The measure grew from a Mississippi Supreme Court decision that enhanced the state's ability to force out-of-state companies to pay more.