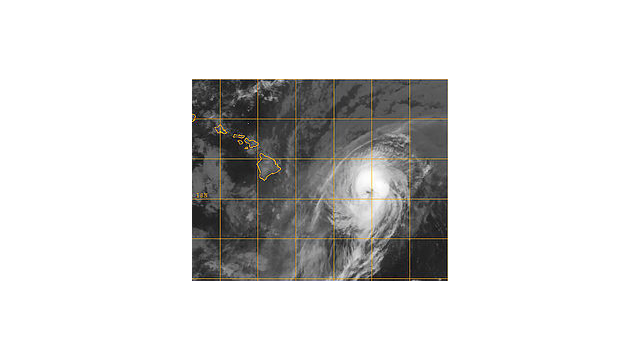 Mississippi emergency management officials are still in Hawaii, helping residents there to recover from the state's first tropical storm to make landfall in 22 years.

Mississippi Emergency Management Agency logistics chief Don Wilson is leading a five-man team from MEMA and the Mississippi National Guard, in Hawaii for 14 days to assist in emergency response efforts. Wilson says they are helping local officials with planning, operations and logistics, such as getting ice and other items to areas that need it.

"It's a great opportunity to give back to citizens in another state," he says. "They supported us so much during Hurricane Katrina from across the country, and this is just another way for us to go out and assist them in their times of needs with skills sets that they may not have, or may not have enough personnel with those skill sets."

The Hurricane Hunters, based out of Keesler Air Force Base in Biloxi, flew 13 reconnaissance missions into Hurricanes Iselle and Julio. They also helped in the rescue of three stranded sailors north of the Hawaiian islands.

Lt Colonel Jeff Ragusa, an instructor pilot for the hurricane hunters, says the Hurricane Hunters are called in for these kinds of rescue missions every few years.

"Since we happen to be in that area, we are really convenient for them to call to help with the search part, not the actual rescue," he says.

tt’s been a relatively quiet hurricane season so far in the Atlantic, but Ragusa says the reconnaissance teams do a lot of flying before storms become newsworthy and have already deployed several times this year.