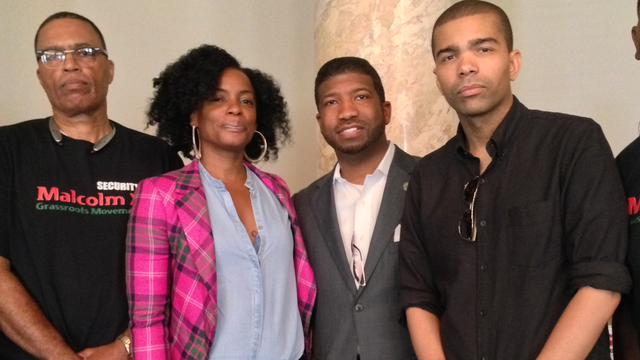 Aunjanue Ellis at the State Capitol in June
Desare Frazier

A coalition of organizations that includes the Mississippi Human Rights Collective and the NAACP, started a petition on MoveOn.org. They're calling for corporate sponsors to rescind football advertising contracts with state universities until the state flag is changed. Mississippi native, actor Aunjanue Ellis, known for her roles in movies such as "The Help,"  is a member of the coalition.

"This isn't about the schools. This is about our leadership in Mississippi doing something in favor of a future that is inclusive of all Mississippi citizens. And these are steps that we have to make because if the leadership refuses to do that, then what are we as citizens to do," said Ellis.

Ellis says, the confederate symbol represents slavery, Jim Crow, lynchings and this year's killings of nine people in a South Carolina church. Flag supporters say its about heritage not hate. State Representative John Moore, Chair of the House Education Committee, says stopping sponsorships would hurt the universities. He's willing to put the issue to a referendum.

"The people that want it changed, need to actually do some polling and see what the will of the people of State of Mississippi is," said Moore.

Jim Rosenblatt, Dean Emeritus and Professor, at the Mississippi College School of Law.

Aunjanue Ellis says the goal is to promote a serious dialogue about the issue. In June, Ellis announced she will not make movies in the state until the flag is changed.