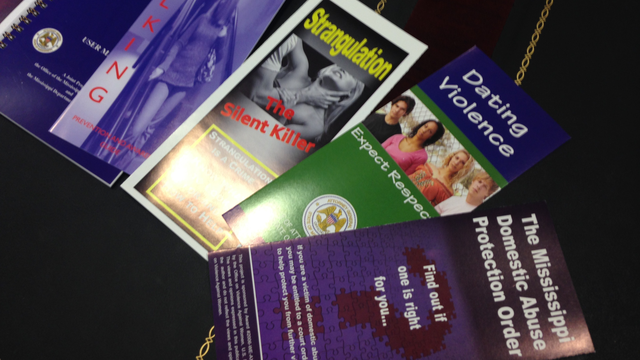 "These are the lowest numbers that we've had since they began keeping records in 1997. Our stats are not as reliable. This is the best rule of thumb that we have, and this is done by the Violence Policy Center. So, we'll go up and down from time to time, but we're headed in the right direction," says Hood.

Selika Corley is the Victim Assistance Coordinator of the Hind's County Sheriff's Department. She says although homicides in domestic violence are seeming to decrease, incidents are still taking place.

"It's often very under-reported. Stats even show that a woman, or a man, will be victimized and not come forth until the seventh, maybe even the eighth incident has occurred," Corley says.

However, Corley does admit to seeing lesser incidents of domestic violence. She says it allows more opportunities to offer services, and education on domestic abuse.