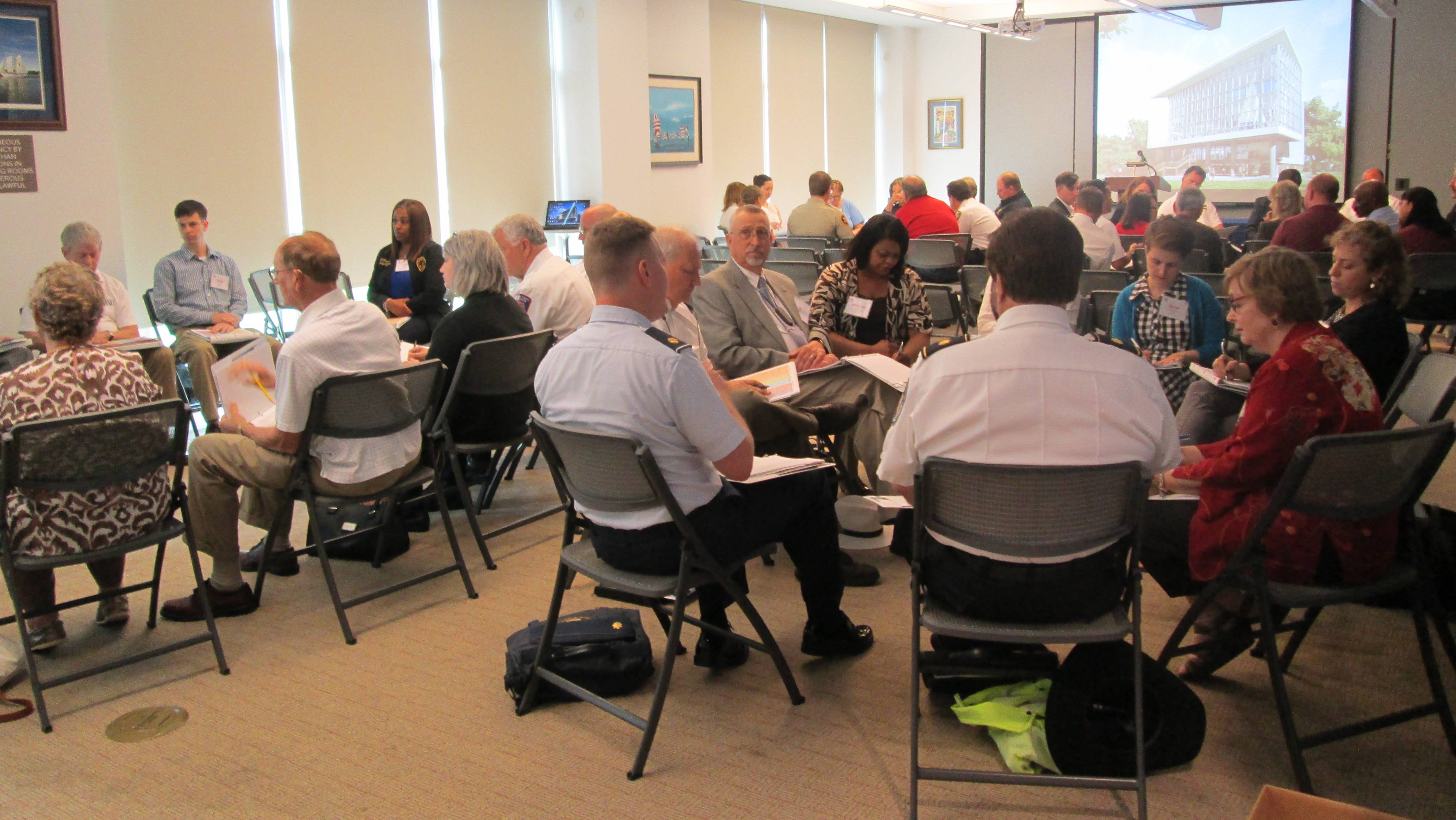 With just over one month until this year’s hurricane season begins, cultural organizations on the Mississippi coast are meeting with first responders. MPB’s Evelina Burnett reports.

About 50 people are gathered in a meeting room at the Maritime and Seafood Museum in Biloxi. Police, fire and emergency management officials in uniform sit side by side with museum directors, librarians, and archivists. They're discussing what might happen in the event of a disaster.

Robin Krohn David is director of the Maritime Museum, which was destroyed in Hurricane Katrina and re-opened 2 years ago. She says this kind of connection is critical.

"It’s so important for the first responders and all the cultural institutions to work together - for them to know us and us to know them," she says. "So we know what to do, we know who to call, they know what's important to us, they know what we have, what our collection is. And make those preparations now before the storm comes."

Chris Loposser is deputy police chief in Gulfport. He also urged the cultural groups to let public safety officials know what they have in their facility.

"Invite us for a tour, establish that relationship where you know somebody, you know a phone number, you know them by sight," he says. "So you have your plan in place, so when the event happens, you're able to smoothly move through it, and it makes less traumatic for you and allows you to have all of your concerns addressed upfront."

Loposser was one of the speakers at a forum for cultural organizations and first responders in Biloxi on Wednesday organized by the Mississippi Gulf Coast Alliance for Response. Similar alliance programs have been organizaed all over the country by the Foundation of the American Institute for Conservation. Jessica Unger is the foundation's emergency programs coordinator. She says there have been about two dozen sessions like this held all over the country.

"It's an initiative that was originally created in 2003 to try and connect local cultural communities with their emergency responders," she says. "So we saw this region as a definite priority in terms of wanting to make sure this community was organized to be able to prepare for and respond to disasters."

Unger says the effort on the Mississippi Gulf Coast began about a year ago, with the Mississippi Department of Archives and History as the lead institution. Julia Marks Young is director of the archives and records services division at MDAH. She says, preserving historical and cultural treasures is important for an area's recovery after a disaster.

"Cultural collections in libraries, archives and museums are really what citizens need to rebuild their community and rebuild their lives and their homes," she says. "And so making connections before a disaster between first responders, and those indviiduals who are responsible for heritage collections is really important."