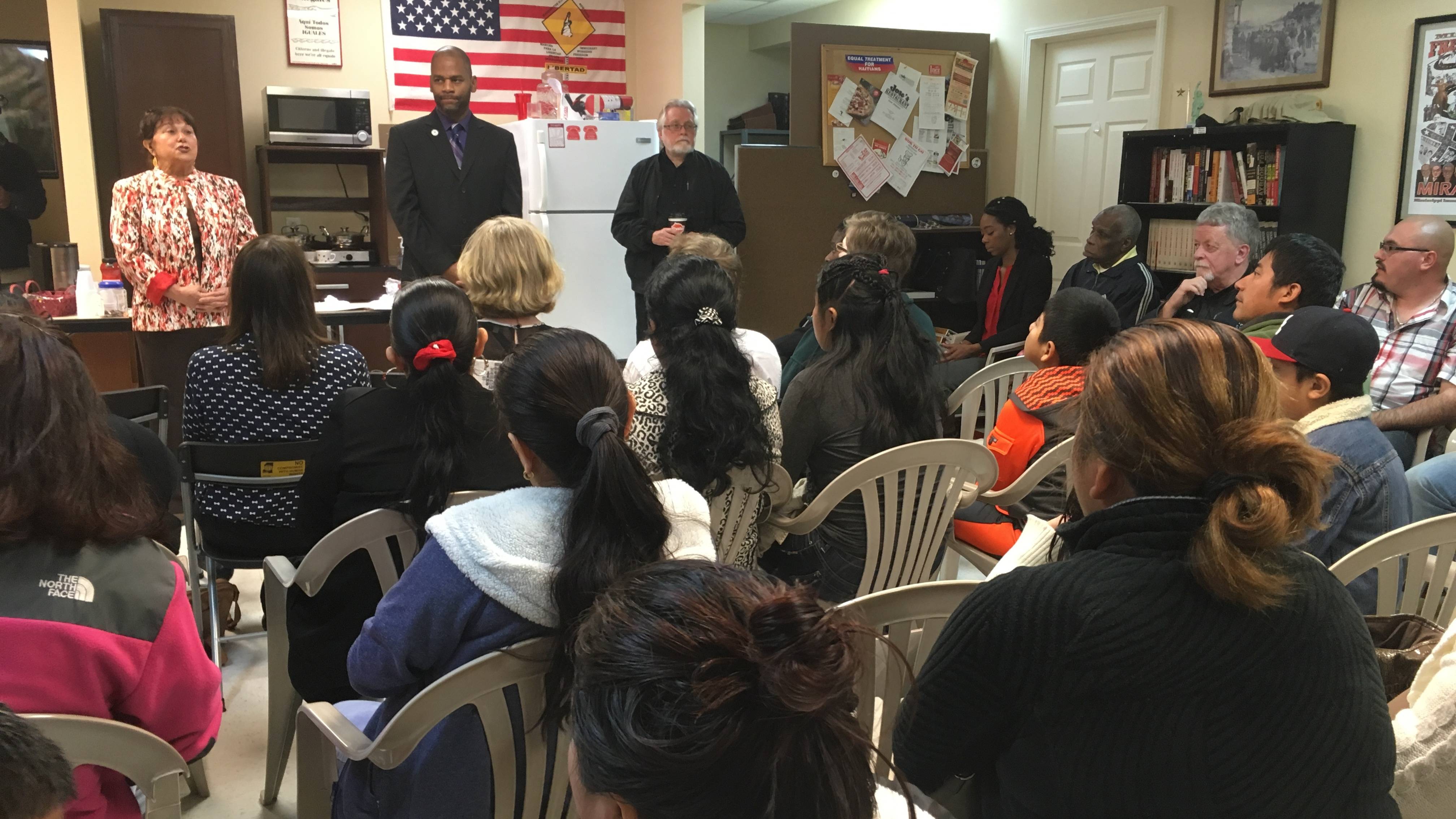 Mississippi Immigrant Rights supporters are calling on lawmakers to reject proposed legislation they say would promote fear and discrimination.

"They want to prohibit sanctuary cities like Jackson," said Chandler.

Bill Chandler and an interpreter are at the Mississippi Immigrant Rights Alliance office, explaining their list of bad bills to supporters. Fifty people including children are preparing to go to the Capitol to meet with legislators and voice their concerns. Among the proposed measures is one that would remove Jackson from serving as a sanctuary city for undocumented immigrants. Another bill would require employers to only hire U.S. citizens or legal immigrants. Former state representative Jim Evans is president of the alliance. He wants lawmakers,

"To reject all these efforts to further frighten and intimidate people who are already boxed in and treated unfairly.

Evans isn't sure what the president's immigration agenda is, even though Trump signed an executive order yesterday to build a wall along the U.S. Mexico border. He says the possibility of deportations is terrifying immigrant communities. Melinda Medina is an organizer with the alliance.

"And if we are a country that says that we are of Christian morals and values and family values. Then what are we doing when we say your family is not important enough. We don't care if we tear your family apart," said Medina.

"There's a law for a reason. If people chose to break the law, do we reward them or do we bring some type and sense of justice to this?" said Watson.