Hundreds Rally for a Seat at Education Funding Table 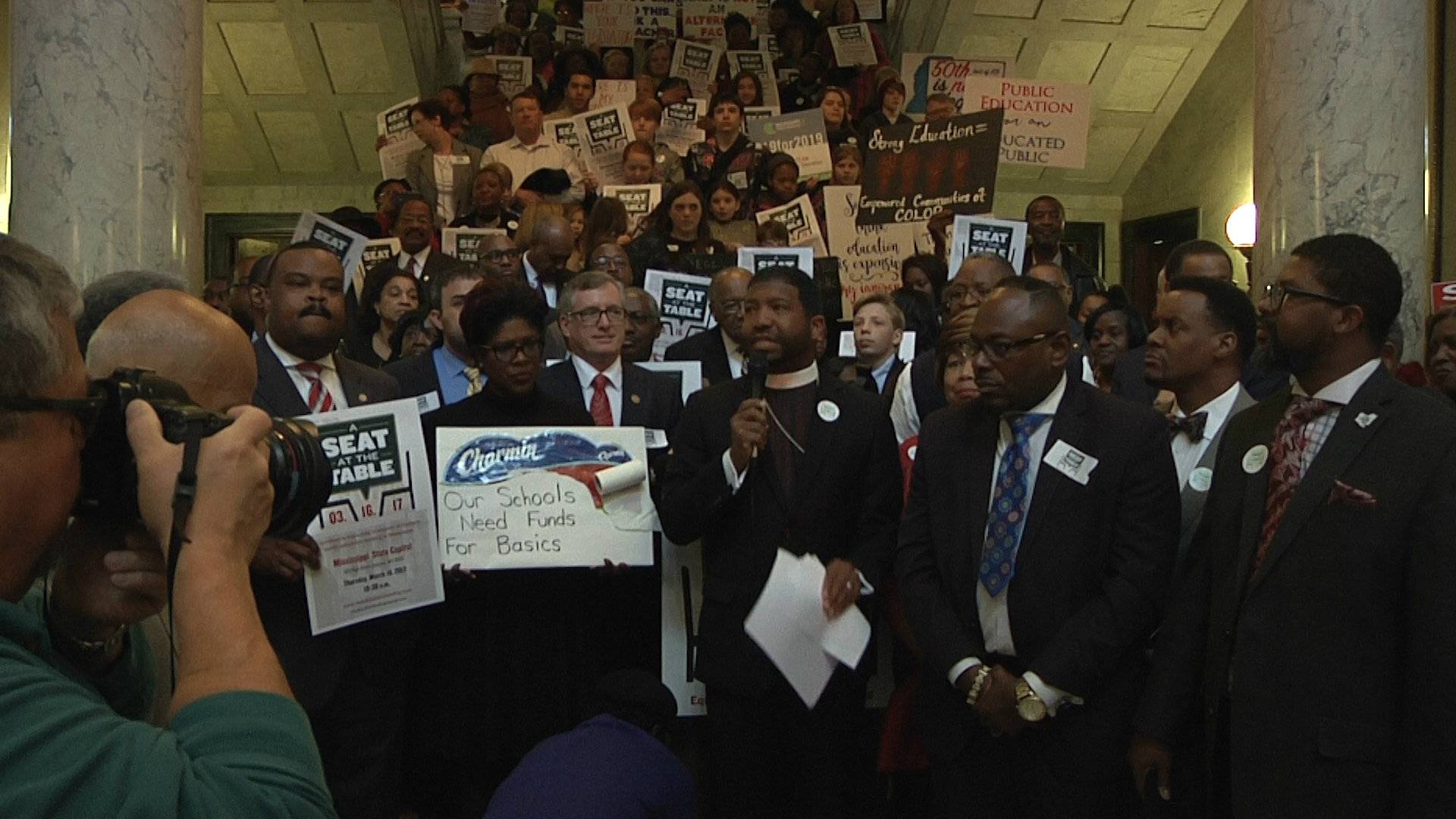 Hundreds of Mississippians are demanding lawmakers fully fund public education.  They rallied at the capitol, saying they want a seat at the table.

Starkville parent Leslie Fye, is concerned some lawmakers aren't committed to fully funding public education, using the current formula, the Mississippi Adequate Education Program. She says rushing to change the formula during this legislative session is a mistake.

The Republican leadership says the current formula is 20-years old and needs updating. They want to use recommendations provided by the consulting firm EdBuild, to develop a student-based funding plan.  Some legislators argue reps from EdBuild did meet with stakeholders as part of the recommendation process. Republican Senator Chad McMahan of Lee County, attended the rally.

"I think there's an opportunity to review and recalibrate the formula but I don't know if I'll vote for it or against it until I know what that formula looks like," said McMahan

What the legislation looks like is the issue for people rallying here. They say they're tired of being left out of the discussion. Education advocates complain only a handful of legislators know what may be proposed. House Democrat Gregory Holloway of Hazlehurst, is a member of the education committee and hasn't been updated.

"It's seems like you're crafting something that's not good for the people because everybody needs to have a say in this," said Holloway.

This week the senate passed a house bill that level funds public education at $ 2.2 billion. Education advocates say that amount is $200 million less than required by the current funding formula.