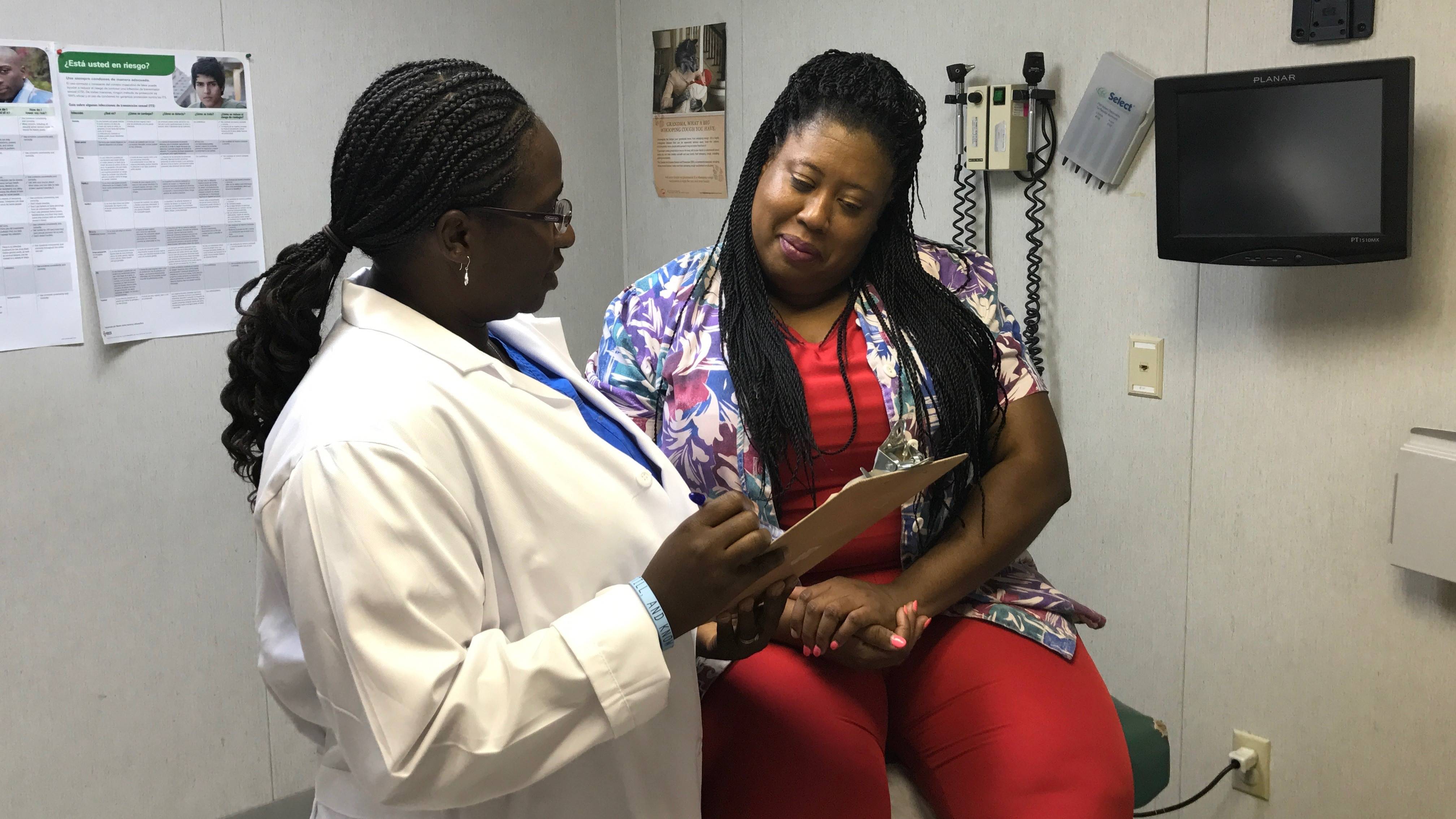 Too much Comfort foods, lack of exercise, and Mississippi's poverty rate put the state at number two on the Obesity scale nationwide. As part of our new series "State of Obesity." MPB's Desare Frazier takes a look at some of the issues making and keeping Mississippians fat.

Four to 5 times a week, Amanda Cole of Raymond, is at the gym working out.  Running on the treadmill isn't the 37-year old's favorite exercise.

"Cardiovascular. This is where we burn fat. This what a lot of people don't like to do," said Lane.

That's Certified Personal Trainer Lavon Lane. He's helping Cole reach her weight loss goals. When she began exercising in January, she  weighed 286 pounds. Cole's been overweight since she was a child and chalked the excess weight up to poor eating habits and lack of exercise.

"I wanted to get healthier for myself and my children. I wanted to make sure that I wasn't on maintenance medications and I wanted to just change my lifestyle," said Cole.

So far, the married mother of four is dropping 10 pounds per month. Lane says there are multiple reasons why people are fat. Bad eating habits and lack of knowledge both play a role. He says when people come to him they're overeating to relieve stress.

Lane says the old adage to clean your plate encourages overeating. He tells his clients to eat what he calls "clean foods," such as green vegetables, lean fish, and grill and bake meals instead of frying. Lane says busy schedules make it hard to find time to eat right and exercise.

"Our bodies get hungry we find something quick and fast to eat, no healthy food involved that. Another reason is just laziness," said Lane.

Lane says getting to the root cause of obesity can mean facing family and emotional issues.  That's what Falasha Reed is doing. The 45-year old married mother of four is the head nurse at the G.A. Carmichael Community Health Center in Canton. At 323 pounds she has high blood pressure, sleep apnea and her joints ache.  It began when she was born premature.

"Any time you're a smaller child, they push to eat, push you to eat, they push you to eat. So, then I started eating. Then I stuttered so you know compensating for the stuttering and kids picking on me I ate," said Reed.

Reed says her father's side of the family is big and relatives tell her she's supposed to be large too. She's  meeting with the community health center's Medical Director, Dr. Takita Murriel.

Dr. Murriel says 90 percent of her patients are overweight. She says getting people to change their eating habits is hard. They don't want to give up the taste of fat and salt like bacon, commonly used in southern cooking.

"I've had patients come in, they're diabetic with high blood pressure and say they ate a piece of sausage and a piece of bacon and a biscuit for breakfast. And it's like 'ok no mame, that's just not how we need to do this,' "said Dr. Murriel.

For low-income patients, Dr. Murriel says lack of money is a barrier to eating healthy, leaving people with no option but to buy foods higher in calories.

"If I have $20 and I gotta feed my family of four, McDonald's can feed everybody. But trying to go through the fresh fruit aisle and get the fresh meat, it's almost a no brainer," said Dr. Murriel.

The Robert Wood Johnson Foundation ranks Mississippi second in the nation in it's 2016 State of Obesity Report and number one for lack of exercise.

Paul Robertson, a Registered Dietician Nutritionist at the University of Mississippi Medical Center, says some health conditions like thyroid disorders can lead to weight gain. So can eating fatty snacks like potato chips and cookies. But he admits being overweight doesn't have the stigma it once did.

"It's getting to become an issue where people are becoming more comfortable with just staying at an obese weight and unfortunately for a lot of individuals that's going to negatively impact their health especially as they age," said Robertson.

Back at the gym, Amanda Cole, who is taking on the challenge to lose weight says no one wants to be called fat.

"We go with thick or overweight or big boned and you know it's one of those things where we change it to accept it. But there's a transition a lot of us need to make and until we face it and call it what it is, we won't necessarily make that change," said Cole.

A change, Cole is motivated to make and says is rubbing-off on her family and friends too.