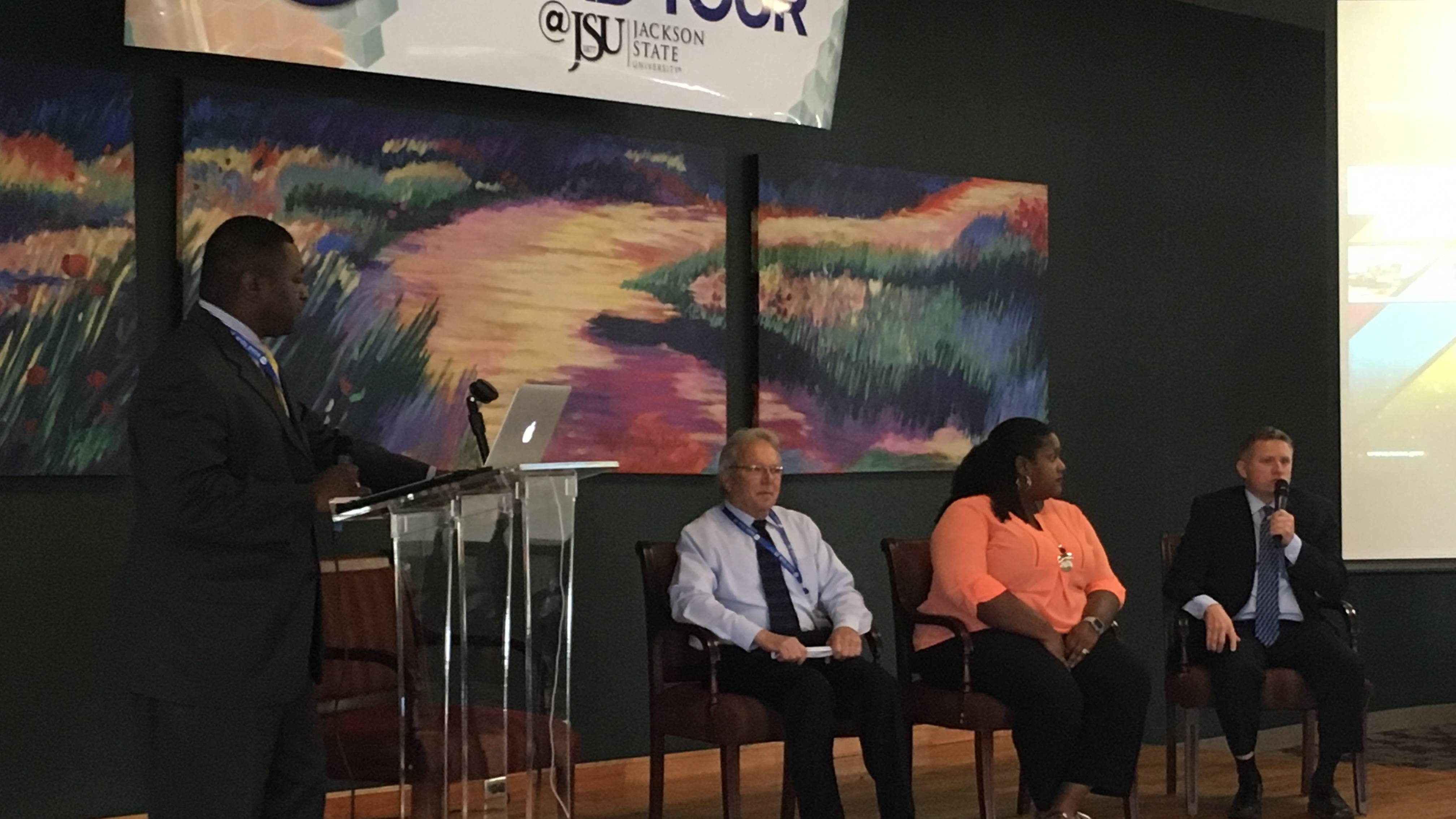 NASA is on a two-day mission in Mississippi, to connect historically black colleges and universities with government contracts. The revenue stream can be a life line for HBCU's.

NASA Reps are at Jackson State University to learn about programs offered at historically black colleges and universities and HBCU's are finding out how to apply for federal contracts, such as research projects. According to JSU, contracts can be worth millions of dollars. Tabisa Taliwaku Kalisa is with NASA. She says they do a lot of business with universities, but HBCU's lag behind in contract awards.

"At times they just don't know who you're supposed to be talking to.  At times the school can think 'well I don't know if NASA will be interested in what we have.' But we actually are interested. We need help to be able to get us to the next level," said Kalisa.

NASA invited other federal agencies including the U.S. Department of Energy. Wilbur Walters is Dean of JSU's College of Science, Engineering and Technology. He says knowing how to build relationships and understanding contract requirements are critical. Walters says they've received a few contracts and he's eager to compete for more.

"We're looking into the areas of IT, materials research, areas that we have historically been strong in, environmental science," said Walters.

Twelve universities attended the sessions including Grambling State in Louisiana and Philander Smith College in Arkansas. Latonia Jones connects federal agencies like NASA with HBCU's and contractors. She says federal grants are drying up and HBCU's have to pursue contracts to survive.

A spokesperson with Jackson State University says, NASA has a budget of $19 billion. The agency's goal is to award 1 percent of that in contracts to HBCU's.