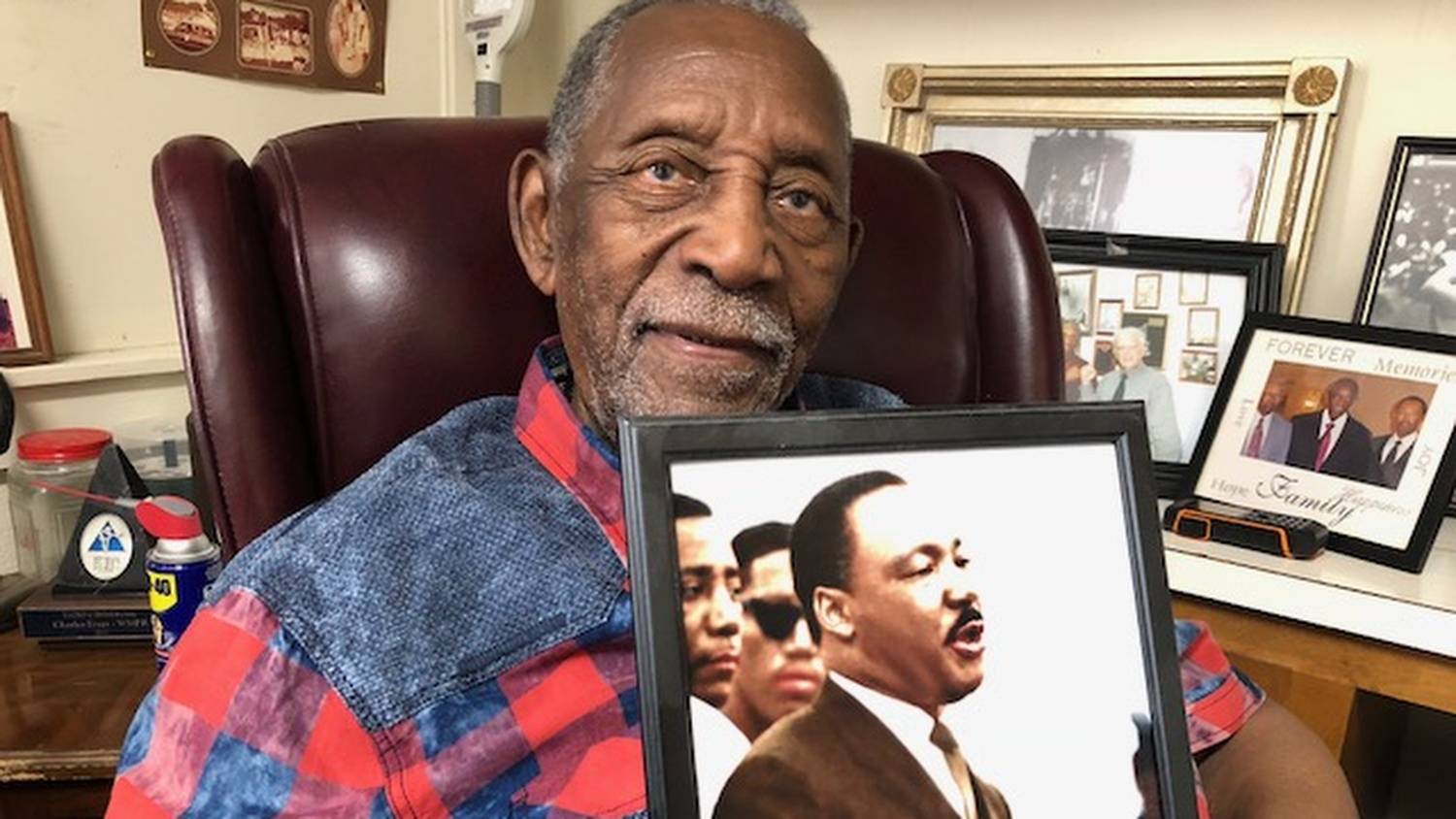 Today marks the 50th anniversary of the assassination of Reverend Doctor Martin Luther King, Junior. MPB's Ashley Norwood sits down with a man who remembers King and his dream of freedom and equality for all.

Civil rights veteran Charles Evers is sitting in his office in Jackson. The walls are covered with past photos and newspaper clippings of presidents, politicians, and civil rights activists like his late brother Medgar Evers and his friend Martin Luther King, Jr.

King is photographed speaking to a body of people and Evers stood right behind him. He says he and Medgar met King in the early 60's. The three often worked together as state and national representatives of the NAACP.

"We were together all the time just about in all the marches and we were just close. We were just friends and he used to always love to stay at my house. He would say, "I show love staying here Charles." I said, "why?" I always had security around my house and he always felt safe when he came in. We sit on the floor all the time," Evers remembers.

Fifty years ago today, Evers says he was headed to a rally in Natchez when he got word that King had been shot. He says he turned around and went directly to Memphis.

Evers will be 96 this year. He says he's one of the few civil rights veterans with personal memories of King still alive in Mississippi. He challenges young African Americans to continue to carry forth King's legacy.

"But Medgar and Martin and Aaron Henry, Fannie Lou Hamer, Vernon Dahmer, we all were fighting so our grandchildren and our children like you would have the rights you have. That's why young people like you and others, you have the future of our race," said Evers.