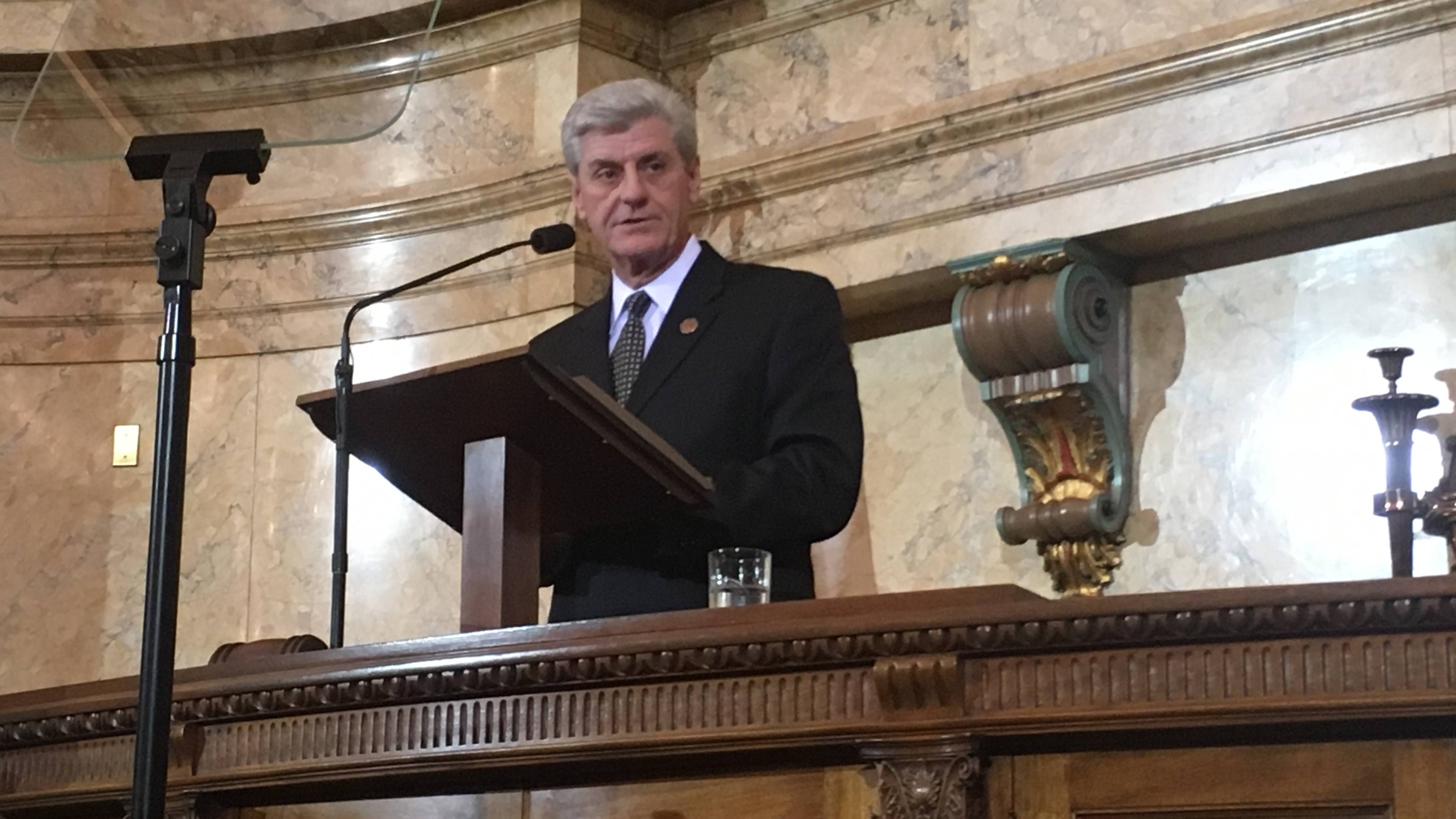 Governor Phil Bryant is urging legislators to remain conservative in spending state dollars.  It's one of the issues he talked about during his State of the State Address. Bryant borrowed phrases from President-elect Donald Trump to make his point.

Republican Governor Phil Bryant offered a reminder to legislators to do the people's work, using a remark coined by President-elect Donald Trump when talking about the Washington establishment.

"Let us continue to do the people's work, so that no one gets the mistaken belief that this Capitol is a swamp that needs draining," said Bryant.

Bryant went on to discuss gains in job creation.

"In the last 12 months, we've announced more than 6,000 new jobs from projects incentivized by this legislature through your team at the Mississippi Development Authority.  These projects have generated more than $1.9 billion dollars in private investment," said Bryant.

The governor says Mississippi is poised to see two consecutive years of growth for the first time since the Great Recession. Bryant adds tourism was up generating $6.3 billion dollars.  Despite the recent budget cut of $51 million, Bryant says state spending is up.

"With the most recent adjustment to the 2017 budget, it will still be $6.26 billion or 13 percent larger. That's $730 million more in government spending from state supported appropriations than five years ago.  So, any narrative implying draconian cuts in state service would simply be fake news," said Bryant.

"Our 4th graders lead the nation in scoring gains on their reading and math tests. Our graduation rate is over 80 percent, which is the highest it's ever been.

Mississippi is facing a serious trooper shortage. The governor is urging lawmakers to fund a trooper school. 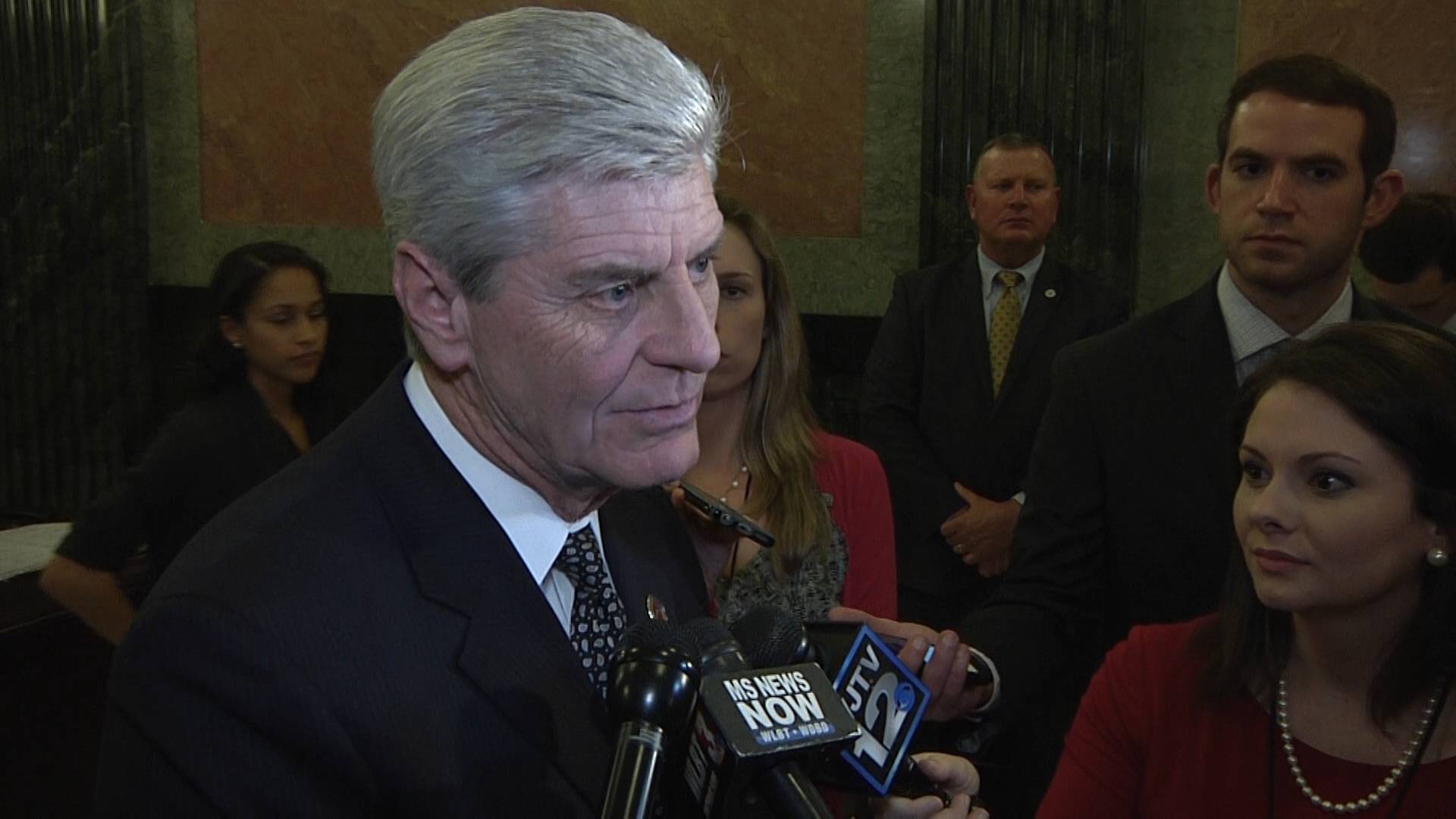 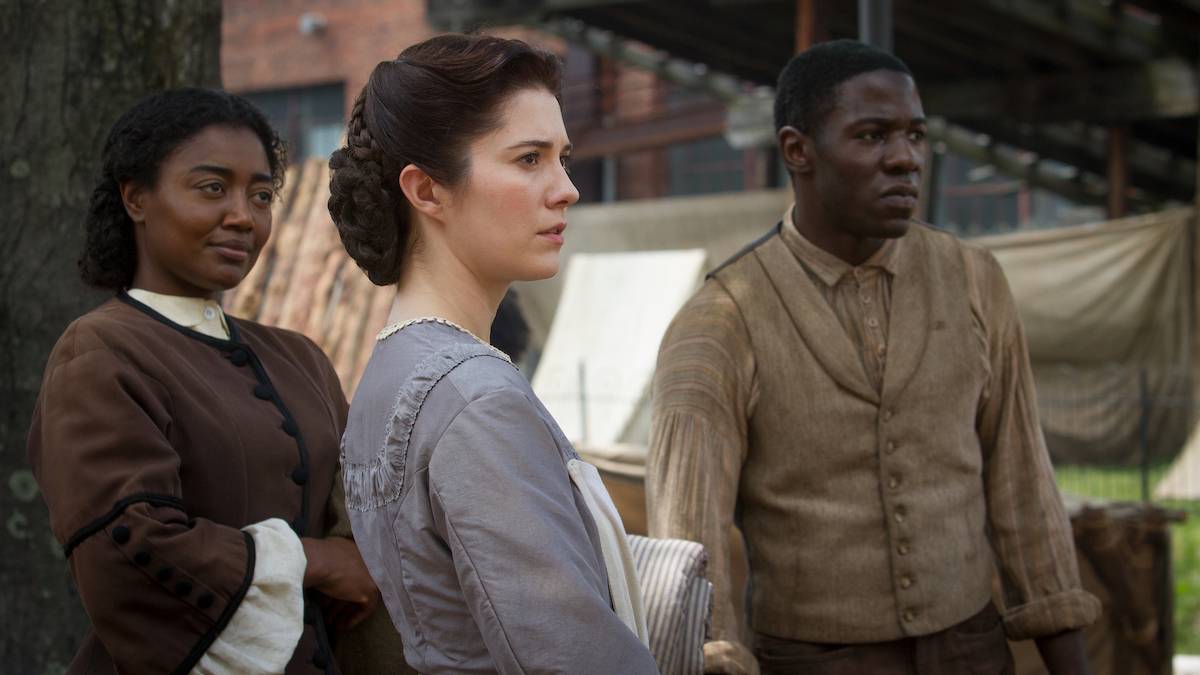