At the recent PBS annual meeting in Chicago, two members of the Mississippi Public Broadcasting Board of Directors got an inside peek inside the television network’s outstanding programming.

They were treated to private audiences with the likes of 93-year-old fireball Norman Lear, creator of some of America’s most memorable TV shows, such “All in the Family,” “Maude,” “The Jeffersons,” and “Sanford and Son.”

During our monthly board of director meetings, we often discuss the new offerings from PBS, but it’s difficult to beat having a front row seat into the future. PBS remains the fifth-highest rated network in prime time, which may come as a surprise to some but not to the many who are addicted to programming that offers audiences such a broad range – from music, to documentaries, from news to original dramas.

For MPB board members Peggy Holmes of Amory and Jennifer O’Neal of Brandon, there was a lot to take in. Both were excited to be in the audience when Dr. Henry Louis Gates, host of “Finding Your Roots,” held a discussion with rapper/actor LL Cool J about the show’s segment when the celebrity met his biological grandmother and learned that a love of boxing – one of the entertainer’s favorite sports – was also a favorite of the genealogical bloodline of family members he never met.

The PBS annual meeting is packed with so many takeaways. It is designed for station directors and supporters to learn about what programming, present and new, that will soon be disseminated for the network’s increasingly diverse audience. But for every programming choice, there is a business model that must support it. Much emphasis is placed at the conference on the importance of fundraising. The Corporation for Public Broadcasting, which receives funding from Congress, awards $445 million to eligible public broadcasting stations. It is nearly an incalculable amount in the federal budget that studies have shown does not stretch federal coffers.  Interestingly, the public broadcasting system itself raises six times as much on its own to pay for the programs that audiences have embraced.

And yes, Downton Abbey, which recently ended its six-year run, was the show that helped, albeit not exclusively, catapult PBS to one of the top networks in the country. Peggy and Jennifer learned, and audiences will hear more later, that a program on Queen Victoria, is slotted for the former Downton Abbey Sunday night time period. The trailer for “Victoria” received rave reviews from a tough but knowledgeable audience – the public broadcasting managers who in January will unveil the show.

Peggy and Jennifer also learned of PBS’s commitment to broadcasting educational programming that continues to engage children. In the fall, if all goes right, PBS will make available a 24-hour children’s programming network with interactive components for those who choose to view it digitally. MPB is one of the many stations excited about expanding the children’s programming footprint.

PBS calls the supporting station track “the insider’s experience.” Peggy and Jennifer would certainly agree that PBS did a great job of making the experience both educational and entertaining. 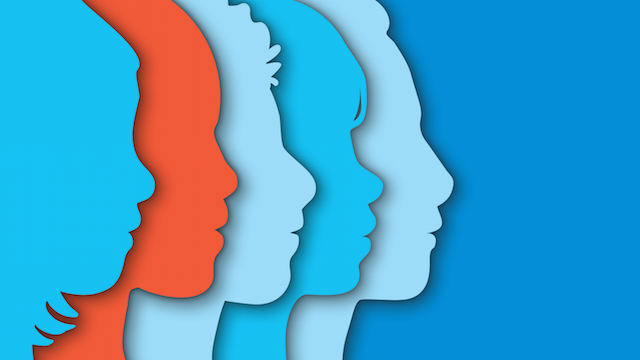