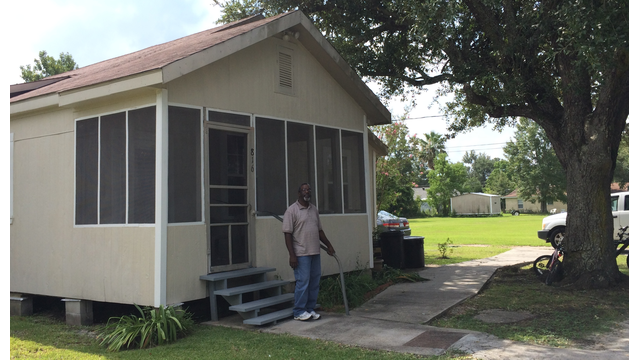 More than 60,000 homes were destroyed on the Mississippi Gulf Coast during Hurricane Katrina. Billions of dollars were spent to restore and rebuild this housing. Ahead of the 10-year anniversary on Saturday, MPB’s Evelina Burnett takes a look at the sometimes bumpy road the housing recovery took.

Thomas J. Hawkins, Sr., points out some of the repairs made on his Waveland home, which was flooded during Hurricane Katrina. With the help of family and volunteers, Hawkins and his wife moved back in a few years after the storm. Still, there was more work to do.   He says that made the assistance in 2013 of the Neighborhood Home Program – the state’s final housing assistance program – critical.

“It was tremendous help because they re-did the siding and they leveled the house," he says, "and they did what they could.”

Over the past 10 years, nearly $3 billion has been spent to restore housing on the Mississippi Coast, through a variety of different programs - ranging from homeowners' assistance programs, workforce and public housing, elevation grants, small rental assistance and others.

But Reilly Morse with the Mississippi Center for Justice says the state initially didn’t focus enough on the people who needed the most help.

“The state’s plans, as they unfolded over three years, paid less, more slowly, to lower income folks than they did to folks of means," he says.

The housing money came out of an overall $5.5 billion allocation from the U.S. Department of Housing and Urban Development, approved by Congress in early 2006 and administered by the Mississippi Development Authority.

Soon after the housing money was approved, a new coalition of advocacy groups was formed - prompted largely by questions about the equitable distribution of these recovery funds. The group took its name from the many slabs left after Katrina washed homes away: only steps were left behind.

Roberta Avila is executive director of the Steps Coalition.

“In my opinion, those with the most needs were last served and received the fewest resources in terms of grants for repairing homes," she says. "That was the reason that all of these organizations came together.”

The state’s first homeowner assistance program was for homes outside of flood zones that had flood damage from Katrina’s almost 30-foot storm surge. Only a third of these grants went to low and moderate income applicants, who were required to have had wind insurance.

Then-Governor Haley Barbour says, the state was doing what it could to help homeowners.

“The federal government had never funded permanent housing before," he says, "and we were told quite frankly by Congress that they were not going to pay for people to get a new house who didn’t have insurance.”

A second phase of the flood damage program was specifically designed to help lower income homeowners. But Avila says that still left a lot of people in need of help. Then in 2007, the state asked HUD to approve nearly $600 million for a project to restore and expand the Port of Gulfport.

“HUD saw fit to redirect those funds,” Avila recalls. “It was, for me, a crushing blow for people who were still in need of housing.”

The Mississippi Center for Justice filed suit over the issue. In 2010, they reached a settlement that led to the creation of the Neighborhood Home Program.

“It involved the state directly paying contractors for up to $75,000-worth of repair or reconstruction for low-income folks who had fallen through the cracks in the prior program or were left out by the program design,” Morse explains.

THE FUTURE OF THE PORT

Reflecting on the past decade, former Governor Barbour says his main disappointment is that the state was not able to get the channel to the Port deepened. He thinks that will be crucial for the port to thrive after the expansion of the Panama Canal.

“Are we going to stay a little banana port or are we going to have a facility, principally a deepened channel, to service the ships that are going to be coming into the Gulf of Mexico?” he asks, adding: "Until we have the channel depth, there is no way for the port to be the economic engine that it could be if it had a 42 to 45 foot channel."

Port director Jonathan Daniels says completing the port’s post-Katrina restoration is priority one – but he believes that will ultimately help the port in making its case for channel deepening.

“We feel that we’re moving in the right direction and  that once this terminal is done and  we get to about 2019, 2020, we’re going to have a much better story to tell with the amount of tonnage moving through the port," he says.

The Steps Coalition continues to keep a close eye on the port project, especially when it comes to jobs. The expansion was to create 1,300 new jobs by 2015.  So far, it’s created 99. But, delays in start-up pushed back the construction timeline, with the port now estimating it will complete the project late next year.

Daniels says the port has three years after completion to create the required jobs, and he’s confident it will meet its goal.

“We feel very comfortable [that], with the tenant mix that we are bringing in and that we still have our sights on,  we are going to be able to meet and exceed that 1,300 goal," he says.

And the work for Thomas Hawkins in Waveland continues too. He says leveling the house cracked the tile floor in some places, and he hopes eventually to get that fixed as well.

previous Post
Press Releases
MAET Board of Directors Meets September 8, 2015
by mari irby
•
next Post
NEWS
Relatives Remember Emmitt Till on the 60th Anniversary of his Brutal Murder
by desare frazier
•
next Post 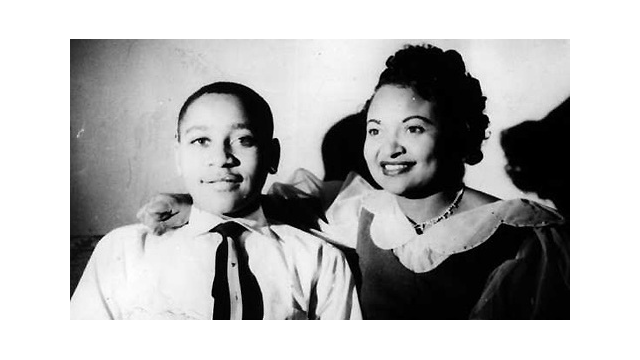