Mississippi has one of the lowest graduation rates in the nation with 75-percent of students receiving a high school diploma. That's according to the state Department of Education. Parents, educators and community leaders believe one of the best ways to address the problem is by advocating for more parent-teacher communication.

25-percent of Mississippi's children failed to graduate high school in 2012. In Jackson, the state's second largest school district, that number is 35-percent. Speaking at a forum in the Capital City, last night, Freddrick Murray, the Chief Academic Officer of High Schools for the Jackson Public School District says there are signs that a child won't complete high school even at a young age.

"I had the two students that I taught that had the most challenges, as a second grade teacher I knew, I didn't ever verbalize it but I knew, I said if this child if he doesn't get on a different path he's going to either be dead or in jail." says Murray. "These were second graders. One is dead and the other is in jail. Knowing that, we have to as educators as community folk, we have to wrap around those students."

Educators want to raise the state's graduation rate to at least 80-percent by 2020. Thea Faulkner is with Parents for Public Schools. She says more parent involvement could help raise the rate.

"I think it's very important for parents to build those relationships with their children's teachers." says Faulkner. "Go in, have the opportunity to meet your child's teacher. Email is available. Perhaps leaving a note at the office, but the bottom line is it's important for schools to know this child has a family that is connected, that is concerned, that want information."

However, Cassandra Alpine the mother of two children in the Jackson Public School System believes the district should be more active in making sure parents know what's going on.

"Most times, a pre-k will bring home paperwork, but a ninth-grader won't bring the paperwork home." says Alpine. "I think if they go back to the old fashioned system of mailing the information out parents will be more aware."

According to the Department of Education, in 2012 69 percent of African Americans graduated from high school as compared to 82 percent of whites. 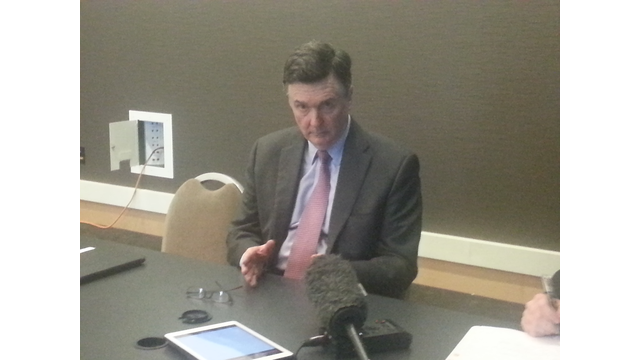