Under Mississippi law same-sex couples cannot adopt children. That means only one partner can be recognized as the legal parent. Campaign for Southern Equality says that's just wrong because it leaves the partner and the children in legal limbo. Attorney Roberta Kaplan filed a motion in federal court for an immediate ruling on behalf of two same-sex married couples who want their partners legally recognized as their child's parent.

" I'm a parent. I would be up all night worrying, if I had to worry about the fact that God forbid, if something happened to me my son wouldn't have a legal parent and his custody, after I die, would be an open question," said Kaplan.

Susan Hrostowski and Kathy Garner of Hattiesburg, have been together 26 years. They married in 2014, and have a 15-year old son. Garner had the child through invitro-fertilization. Hrostowski says she doesn't have the legal authority to make important decisions about her son.

"Any time we have to fill out a form and say parent especially in terms of things related to school and healthcare, I'm left out," said Hrostowski.

The motion also lists Donna Phillips and Janet Smith, who are raising an eight year old daughter. Mississippi is the only state that bans same-sex adoption. Kaplan says now that the U.S. Supreme Court has legalized same-sex marriage, the law is unconstitutional. Last month, Campaign for Southern Equality filed a federal lawsuit challenging the statue. They say as of 2014, 996 same-sex couples in Mississippi are raising 1,400 children. Kaplan's confident the motion will be heard soon. 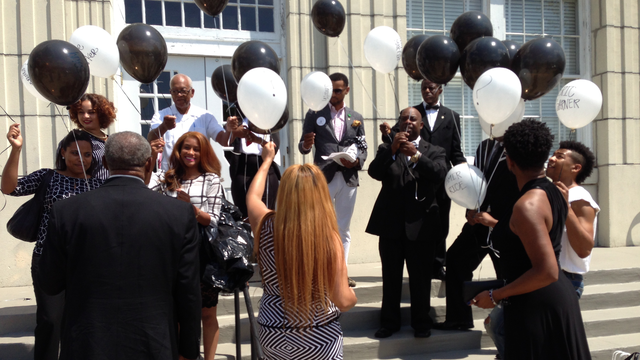