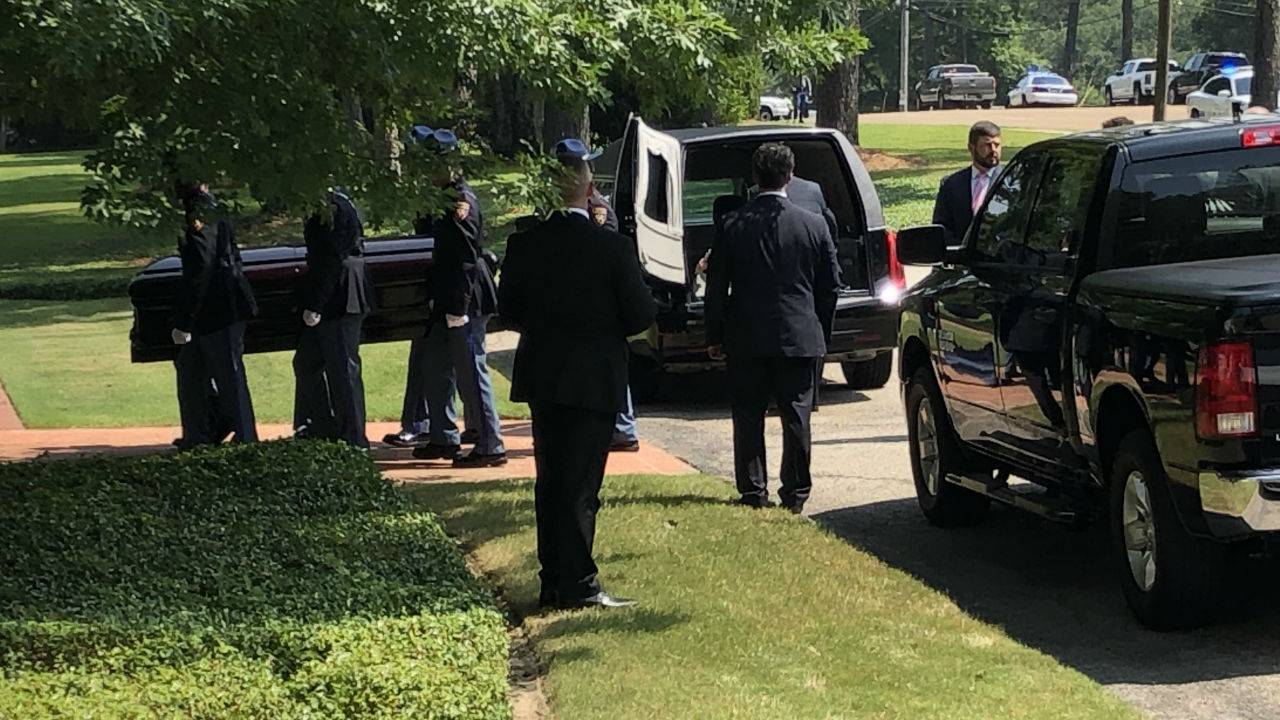 Memorials to honor the life of the late Senator Thad Cochran culminated with the second of two funerals in Jackson. As MPB's Desare Frazier reports, the beloved senator leaves behind family, friends and colleagues who say he's left an indelible impression upon their lives.

Northminster Baptist Church is filled with family, friends and admirers, all here to celebrate the life of Senator Thad Cochran. The love and admiration expressed for the 81-year old are palpable. A friend at the funeral fights back tears.

"Well he's just always been so kinds, so generous, so sweet, so level," said guest.

Cochran passed away last Thursday in a veteran's home in Oxford. He served more than 45 years in Congress. The former U.S. Navy officer and lawyer graduated from the University of Mississippi and Trinity College in Ireland. Talking to guests at Cochran's visitation in Oxford, his funeral at the state capitol Monday, and at the funeral here at Northminister, he left a legacy that gained him the love and respect of many. His friend, Senator Patrick Leahy of Vermont, a Democrat, talks about working with Cochran, a Republican.

"I think about Thad and I think of his decency, his soft spoken, his quick to smile, gentleman Thad, the man who could play the piano in his office. Now did we have differing views on many issues? Course. But, we both respected the views of others. He knew that compromise is vitally important for Democracy to work," said Leahy.

Cochran was first elected to the House in 1972. In 1978 he was elected to the Senate, where he served seven terms. Former Mississippi Congressman Gregg Harper talks about one of the lessons he learned from the senator about working across the aisle.

"Not to ever make your political differences personal, that even somebody that you disagreed with strongly on a piece of legislation, didn't have to be your enemy," said Harper.

The Pontotoc native chaired the Senate Agriculture and Appropriations Committees. Those who knew Cochran continually refer to his gentle nature, his tireless work ethic and his commitment to helping Mississippians. Another friend, Senator Richard Shelby of Alabama, speaking at Northminster Baptist.

"He always found a way to ensure that his people, the people of Mississippi were taken care of. One prime example being Hurricane Katrina. Our Gulf Coast was given the resources to recover from that because of Thad and his fierce determination. The region received roughly $87 billion dollars in federal spending and it was spent well," said Shelby.

"His ego never got away with him. He was more interested in getting results than getting credit and that's one of the reasons he was so effective. You know one of the news magazines referred to him as the quiet persuader," said Barbour.

In 1974, Cochran was the first member of the Mississippi Congressional delegation to hire an African American to work in his Washington,DC office. Ron Jackson says they've remained friends for all these years.

"He stressed to me that if anybody ever said anything to you, you come and tell me. You let me know if there's anything that somebody said that might be offensive, you let me know. And I often wondered even thinking back in those times, I said what's the political risk he was taking. But for him I don't think it really matter. I think he was a visionary in many ways," said Jackson.

Cochran's former press secretary Lynnette Johnson Williams, couldn't bring herself to watch media coverage of Cochran resigning from the Senate last year due to his health.

Cochran's daughter Kate says she wants people to know her father was "genuine."

"That would be one thing that I would want to celebrate and communicate to everyone who didn't have the chance to know him personally, that even if you didn't meet him you knew who he was. He was never off because he was never on. He was just himself all the time," said Cochran.

"He realized that you had to not divide but bring people together. That is the dynamic that we should take from this place forward, that we should remember forever of his life, the honor, the dignity, the humility," said Bryant.

The body of the late Senator Thad Cochran has returned to Oxford for a private burial at a later date. He's proceeded in death by his wife Rose. He leaves behind his wife Kay, two adult children, grandchildren and his brother Nielsen Cochran. 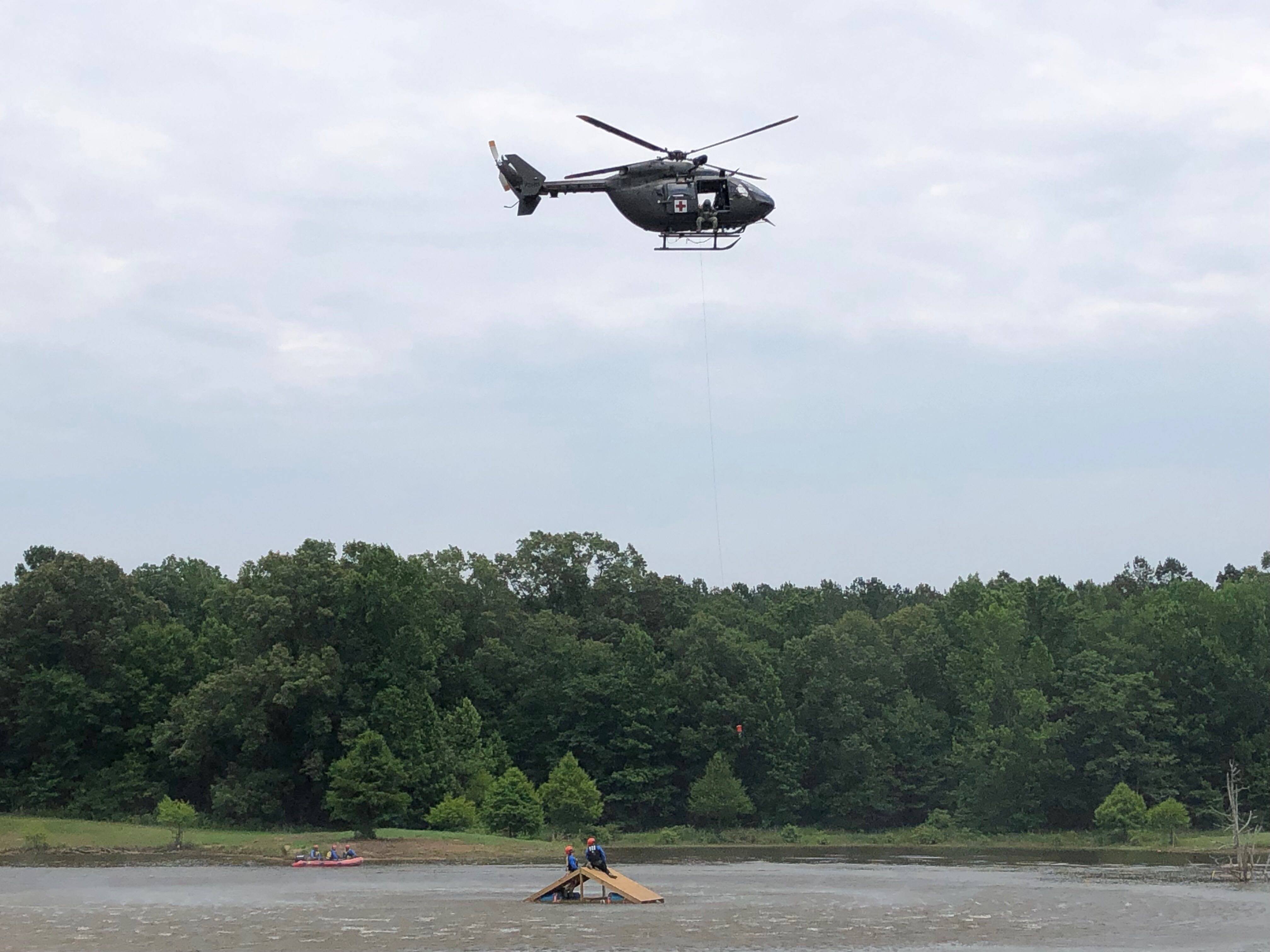 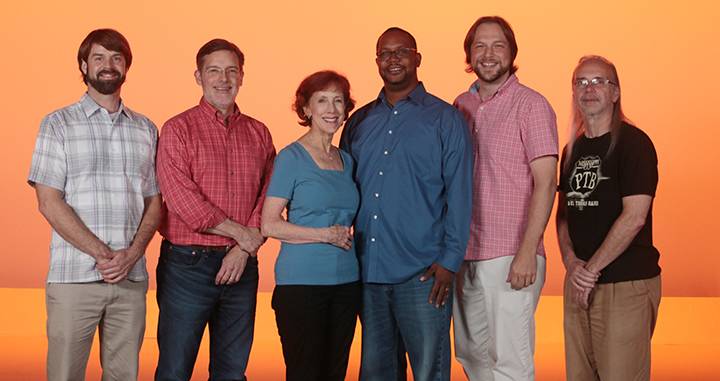