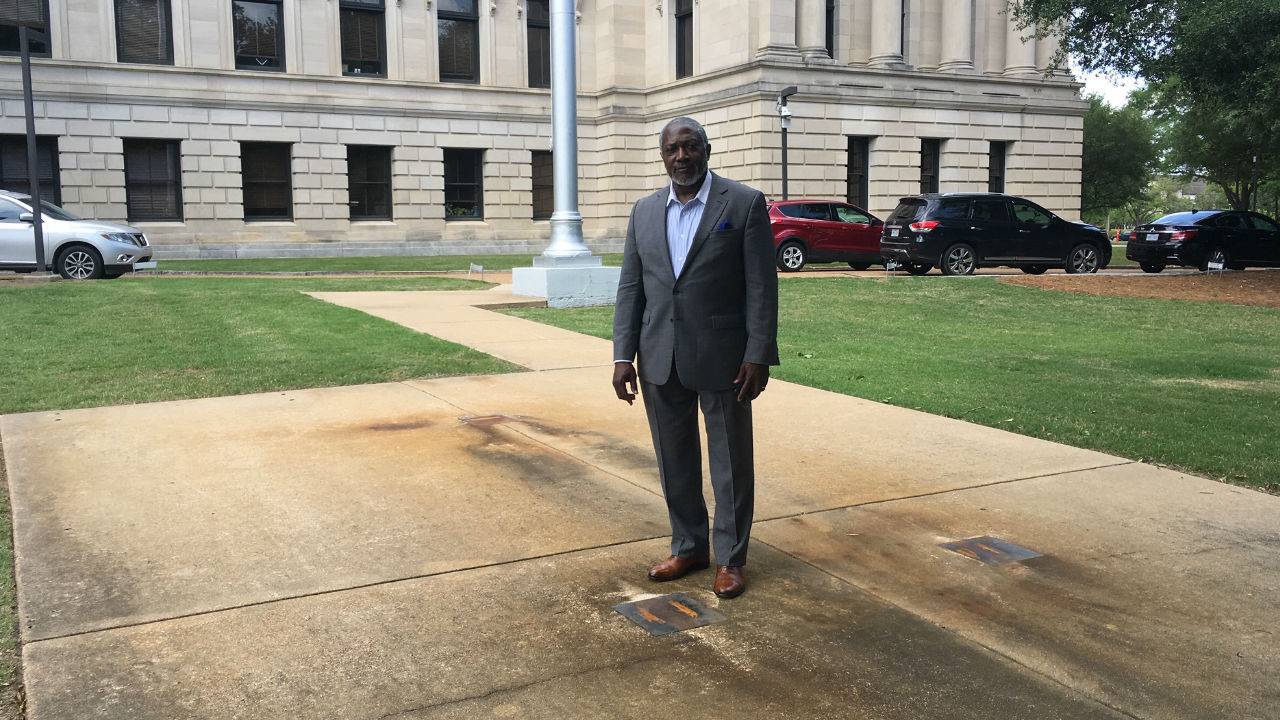 More than 20,000 people from around the world visit Mississippi's State Capitol every year. Curator Brenda Davis is talking about some of the many portraits hanging in the halls. Photographs of current and former state leaders are throughout the building.

A monument of former Democratic governor Theodore Bilbo, who was known for his virulent racist views, is in the Hall of History. A large one honoring the Women of the Confederacy is in front of the capitol.

"I think symbols are very important. We create symbols of that which we find to be significant of importance," said Horhn.

That's Democratic Senator John Horhn of Jackson. He says there are few symbols of the contributions of African American political leaders here. There's a photo of current House Democrat Percy Watson of Hattiesburg, the first African American appointed to chair the powerful Ways and Means Committee. Two small pictures of Democrat Robert Clark of Ebenezer hang in a conference room. He's the first African American to serve as Speaker Pro Tempore since Reconstruction. Clark served from 1969 to 2003.

In the House Speaker's office, there's a picture of John Roy Lynch, the first African American and youngest person selected to serve as House Speaker in 1872, at the age of 24.

"Some people have the opinion that for me to raise up a statue means that another statute has got to be torn down. I don't necessarily agree with that. I think you tell the whole story and this is a story that has to be told in Mississippi. African Americans have made tremendous contributions to this state," said Horhn.

Horhn initiated a project to erect a statue on the capitol grounds. He says the House Management and Senate Rules committees took up the issue and it languished in a sub-committee after one meeting four years ago. Horhn says he detects an unspoken sentiment some legislators are opposed to the effort. House Republican Greg Snowden of Meridian is the current Speaker Pro Tempore. He says he supports the project, but it boils down to money.

"As far as pushing it forward, I think that was what we talked about the last time we met was that hey o.k., we need to proceed, but we need to know what the private effort is as part of this," said Snowden.

Horhn estimates the monument will cost $400,000 and says private donors have pledged $55,000 so far. Democratic Representative John Hines of Greenville is on the House Management Committee. He says the negative sentiments Horhn is referring to are changing.

"A lot of guys and ladies who come down here end up holding up to the heritage of their community. They know it's wrong. They can see it's wrong. But they're not comfortable going back home saying they did x,y,z. But that's changing," said Hines.

Hines credits Mississippi's History and Civil Rights Museums which opened two years ago, with helping people talk about Mississippi. Visitors see an unvarnished portrayal of the Civil Rights Movement and the brutality inflicted upon African Americans and those of other races who joined the fight for equality. So, who would Horhn like to recognize? He says 90-year old former Speaker Pro Tempore Robert Clark and the late Democrat Henry Kirksey. Kirksey was one of the first senators elected since Reconstruction and served two terms, beginning in 1979.

"Henry Kirksey's name is who bubbled-up because he played such an important role, the redistricting fight that we had that ultimately got more blacks elected to the legislature in the first place," said Horhn.

There's no official record of statues honoring African Americans. Historians helped us count about a dozen. Mississippi's Department of Archives and History estimates there are 85 Confederate monuments in the state.

"This cemetery was founded as a plantation graveyard at the turn of the century." said Wilcox.

Heather Wilcox at Jackson State University led the restoration of what's believed to be the first two African American monuments at Mt. Olive Cemetery, next to the campus. A statue of Jim Hill, a former slave who served as Secretary of State from 1874 to 1878 is there, along with one of Ida Revels Redmond. She was an activist, and daughter of Hiram Revels, the first African American to serve in the U.S. Senate in 1870.

"We're just really excited that we can showcase the statutes as a place where people can come and learn about the history of African Americans," said Wilcox.

Robert Luckett a history professor at Jackson State University, explains why there are so few statues.

"Because of a history of racism, of deeply imbedded White Supremacy, particularly through the twentieth century. The vast majority of the confederate monuments we have are developed at the turn of the twentieth century, as part of this kind of growing glorification of the old south," said Luckett.

Former Vicksburg Mayor Robert Walker, says it took 18 years to build the first monument of any significance in the national park system honoring African Americans who fought in the Civil War. It's at the National Military Park in Vicksburg.

"There were people who became a part of that effort who were not going to be turned around. They had the same fervor as folk during the Civil Rights Movement. We're not going to let this go," said Walker.

Senator John Horhn is confident they'll have a monument at the capitol within 2 years.

"We have to be intentional about it, otherwise we sort of fade into the background and people say, 'oh well, I didn't think about that,'" said Horhn.

Horhn says members of the committee will meet this month about the project. 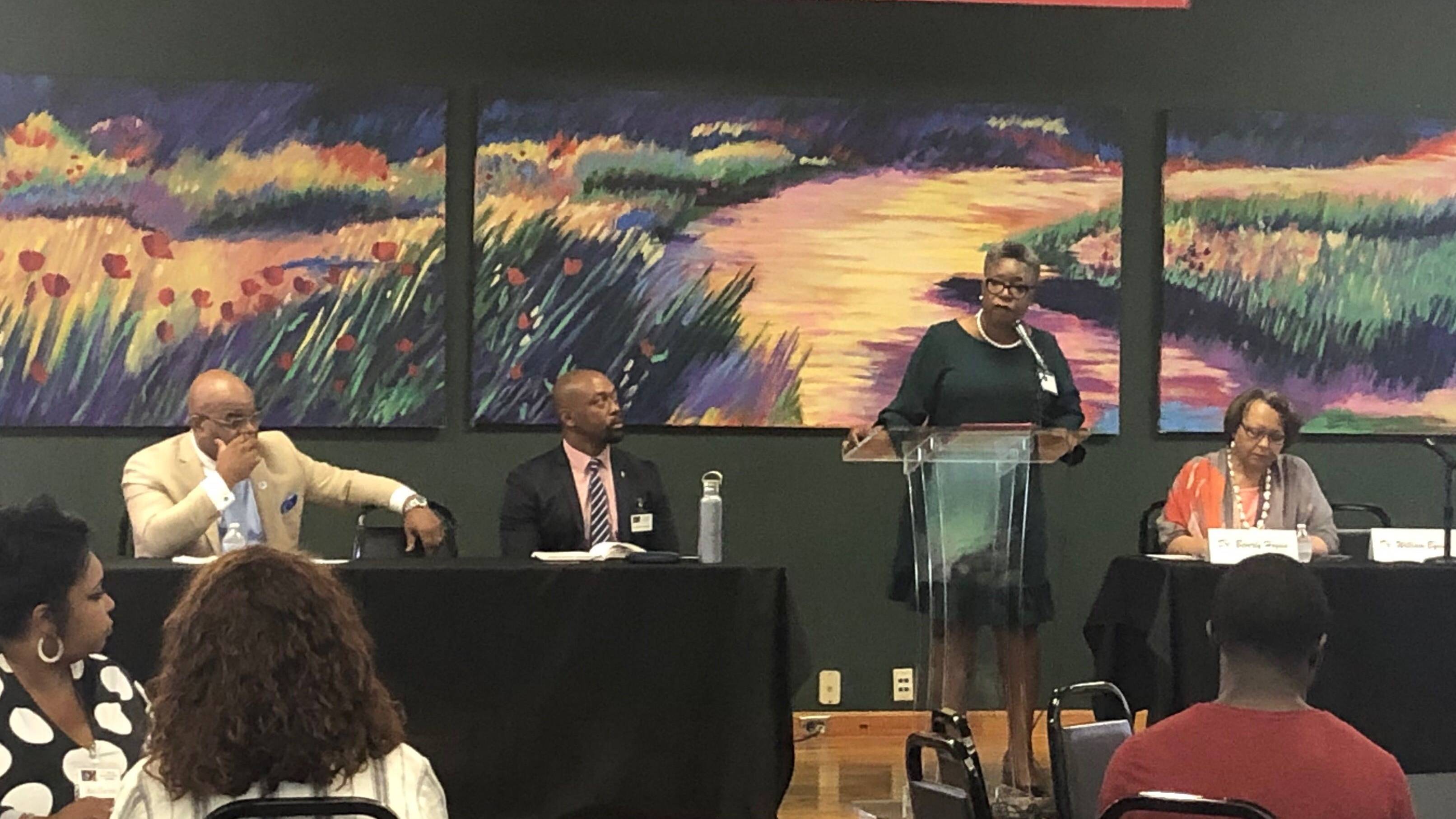 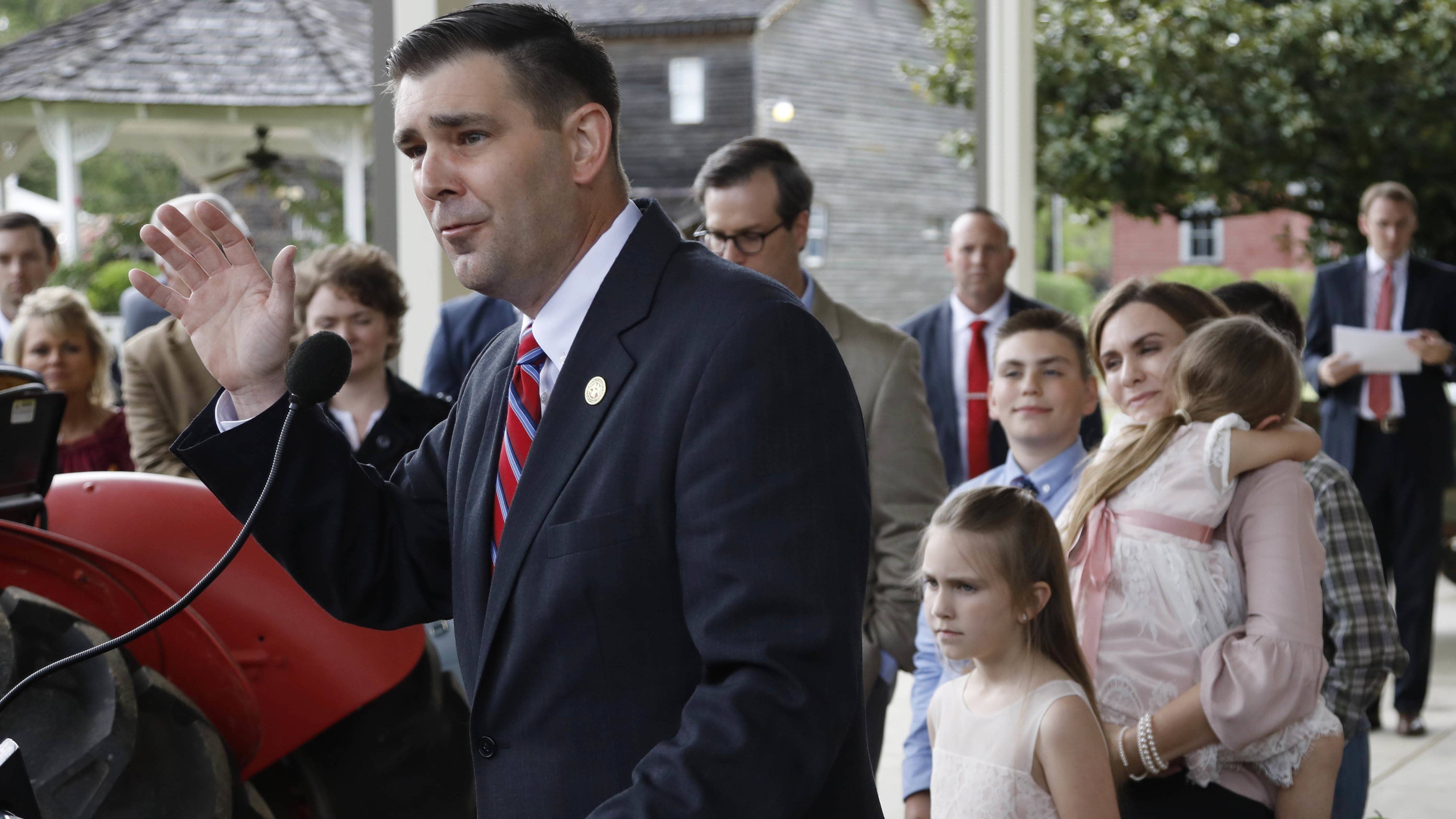