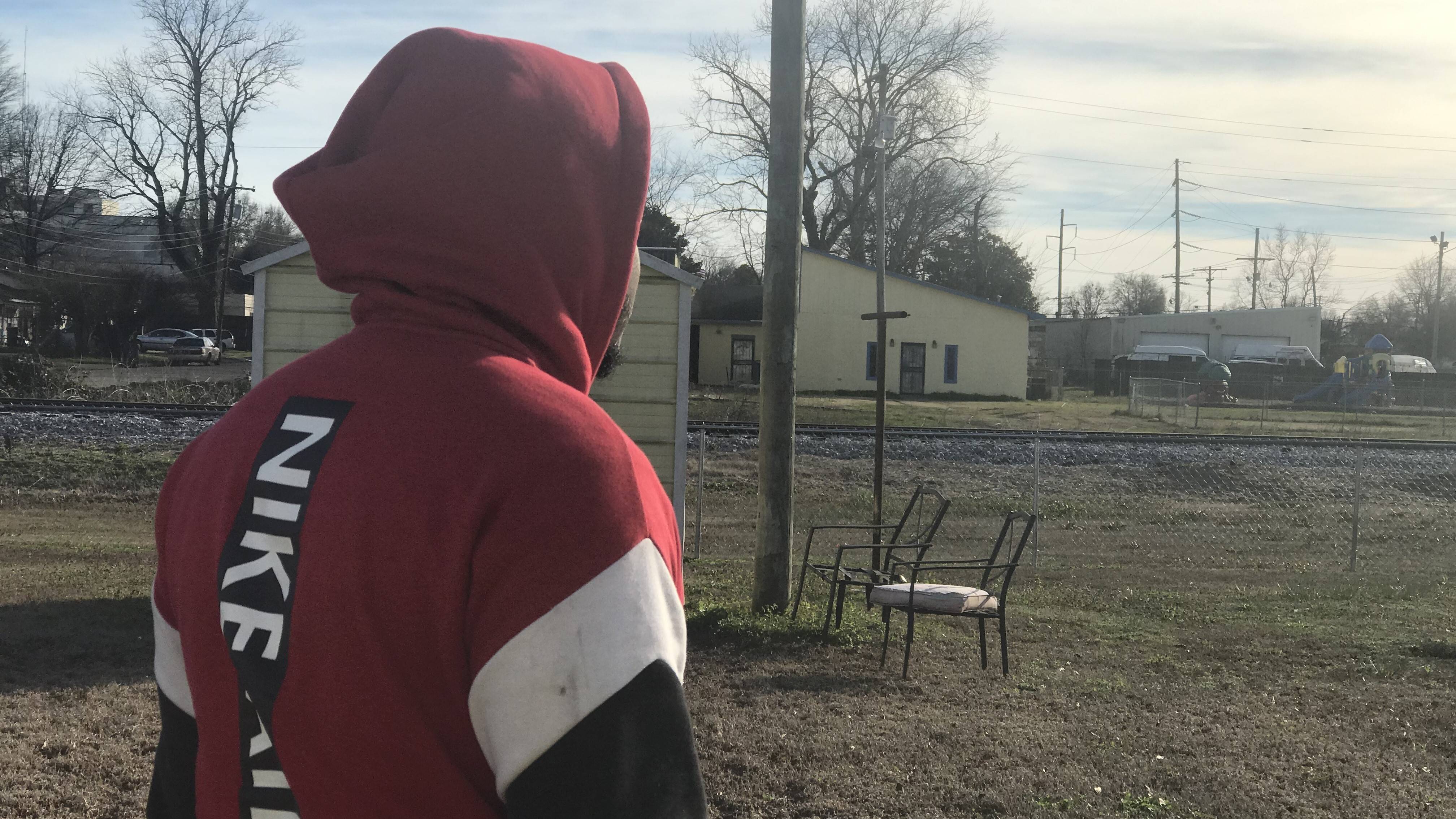 In the audio and web version of this story, we did not report that Teuntrez Robinson has an outstanding warrant for his arrest for assault in Shelby County, Tennessee. This information should have been included in the report.

After time in jail and on the streets, a Mississippi man is trying to turn his life around. MPB’s Alexandra Watts reports on how this man is using his experiences to combat youth crime in a Mississippi Delta town.

Teuntrez Robinson walks out to the grandma’s backyard in Greenville and talks about his late cousin who was murdered in 2015.
“Well most of our memories were you know wrestling and running around chasing each other, sometimes we would play freeze tag,” he said. “We were real close, and the loss of him really you know, tore me down, because you have someone who you can fully relate to just be taken away from you like that.”

His cousin was a victim of gun violence. Their bond was a bright spot in his upbringing.

“I had a hell of a childhood. While most kids were playing with toys, the only toys we had was outside. I wasn’t raised by mom, I was raised by my grandmother.”

And the hardships continued as Robinson got older.

“A couple years ago, I was sleeping outside in negative 5-degree weather. My life is not the ordinary life. I’ve had guns held to my head, at point blank range, daring me to move. I’ve been the victim of racial instances. I’ve been lied on. [I've had] charges for domestic violence. I was 18 years old and going through stuff that people 25 and up were just going through.”

Today, Robinson is living a different life coaching basketball games and giving back to his community but is concerned about those involved in youth crime.

One of those affected is his 20-year-old cousin, Tradarious Robinson.

“I was a part of a gang. I had to find out the hard way. Like I actually went to jail, and I actually got charged with murder,” he said.

At age 19, Tradarious Robinson was convicted of murder along with three minors — the youngest was just 13 years old.

One year later, he and the others are now out of prison. Robinson said he never thought about the consequences of being in a gang.

Teuntrez Robinson, who never was officially part of a gang, knows what can happen and wants to help people.

“I was surrounded by a negative environment, but I had to somehow gain the knowledge that good is good, and good gets you further than bad gets you.”

He says the murder of a 115-year-old inspired him to help Greenville.

The murder also sparked a town hall meeting on youth violence. The city does not attribute youth violence to gangs. Instead, they call these groups cliques because they are typically organized by neighborhoods.

But whether it’s a clique or gang violence, people are concerned like Greenville parks and recreation director, Corey Holmes, who spoke at the town hall meeting.

Holmes says the structured activities offered by parks and recreation are important in keeping kids off the streets.

“We’ve had more volunteers this year because of the violence. A lot of men are stepping up, wanting to coach teams. They’re going into the school creating teams to be able to combat what we have going on with the juvenile crimes.”

“I know if I can’t make it here sometime, I know where they’re at. I know positive things can happen when they’re at this gym or at that baseball field, on that basketball field,” said Griffin, who is known as the team’s grandpa.

However, some at-risk youth face barriers to activities. Some cannot afford the fees for programs and others lack transportation to access certain activities.

When Teuntrez Robinson was these boys’ age, he was doing something different.

“I was trying to practice shooting, and I was like 7 or 8 years old. I was stealing my uncle’s gun, going in in the mirror, looking at myself…I mean, I was glorifying the culture at a young age. So I had no other choice.

Robinson is also working to provide at-risk youth with mentors and group therapy.

“Prison is real. That’s all I can say. I don’t want people to learn how I learned. Like I had to literally go to jail, like, I did time.” 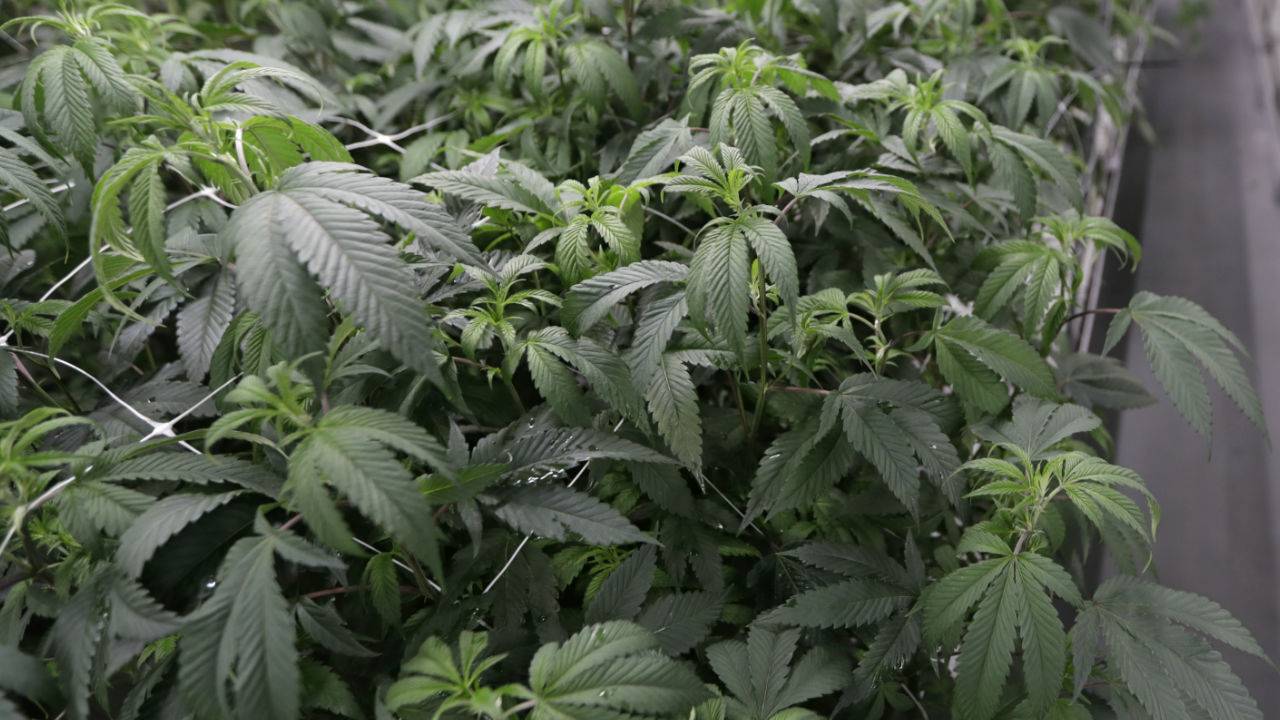 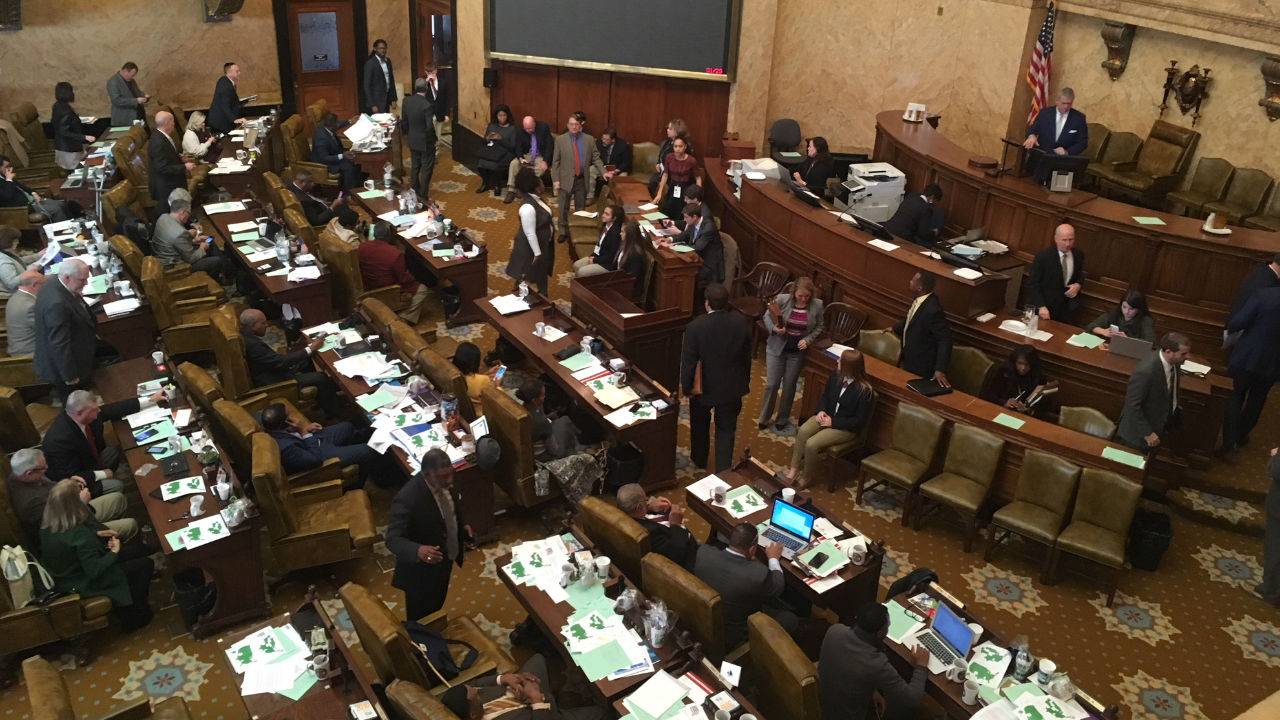