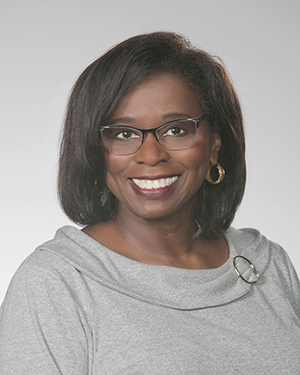 January 2022, listeners began hearing a new but familiar voice on Mississippi Public Broadcasting’s weekday news programs Morning Edition and Mississippi Edition as Desare Frazier assumed hosting duties after the retirement of longtime host Karen Brown. Mississippi Edition features the latest news of the day and interviews with the people who are making the headlines themselves. The award-winning program not only provides Mississippi news but also addresses the ways that national and world news affects our state.

Prior to her promotion, Frazier was the Senior Legislative and Health News Reporter for MPB News where she produced stories for radio newscasts, in-depth radio features and special reports. Her work garnered notable awards, including a Salute to Excellence awards from the National Association of Black Journalists, Regional Edward R. Murrow awards, and Mississippi Associated Press Broadcasters awards. Frazier is also a past Kaiser-NPR fellow.

Frazier brings a tenured broadcasting background to her work as a news reporter, anchor, and producer. Her career spans from WTEN-TV and WKTV in New York to WYFF in Greenville, SC. From 2001 to 2008, Frazier anchored morning, evening, and weekend newscasts at WAPT in Jackson, Mississippi. Her coverage of Hurricane Katrina received several awards, including a Southeast Regional Emmy Award and Best Hard News Story and Best Katrina News Feature by the Jackson Association of Black Journalists. She was also nominated for a second Emmy Award in 2006 based on Outstanding Achievement in News Excellence. Frazier’s career also includes building the next generation of journalists as a former adjunct speech and communications professor at the University of North Alabama and Belhaven University.