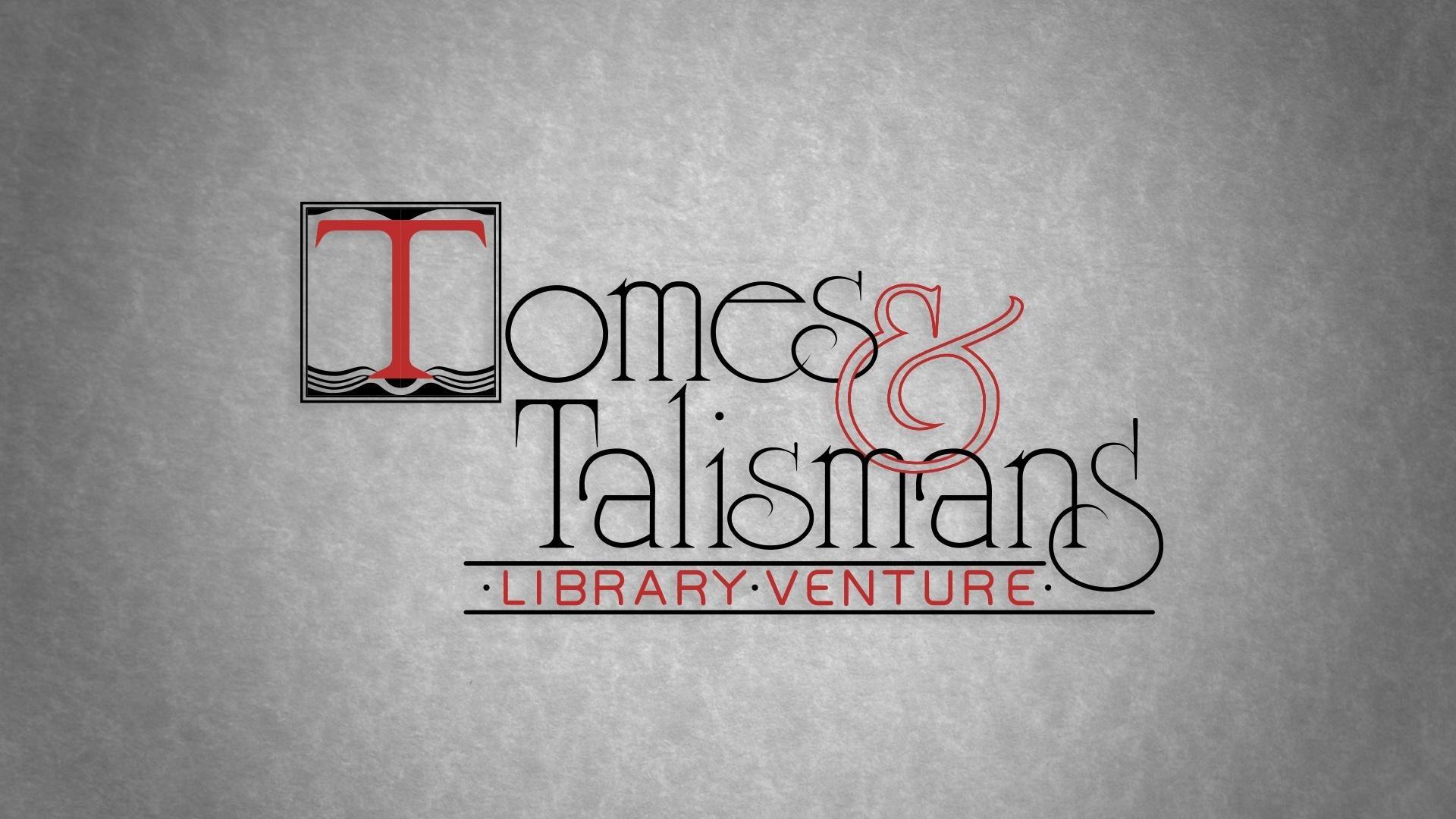 Atmospheric pollution and overpopulation were serious concerns on Earth by the end of the 21st century. Human movement was severely limited. The Wiper colonization of 2103 could not be stopped. This primitive species from the Dark Star solar system found Earth perfect for their favorite pastime: the disruption of all communication and data technology. The spread of Wipers and pollution increased the need for the scientific search for solutions. In 2117, the world-wide government voted for the gradual evacuation of all Earthlings to the White Crystal solar system. This report was completed in 2123 during our final days on Earth. We leave it for those who may return here in a storage vault for human learning...the last Earth library.

For the first time ever, Tomes & Talismans fans will have the opportunity to stream episodes of the series online! Starting October 17, two episodes of the program will be released per day until all are available for weekend binge watching. After November 21, the episodes will only be available on MPB Passport — our streaming platform available to MPB Foundation members.

Back to the Beginning

In 2123, humanity is evacuating Earth for the White Crystal Solar System, due to pollution and an attack carried out by the nefarious Wiper race, a group of aliens that are determined to interfere with communication and data technology.

On October 17, we’ll go back to the beginning with Ms. Bookheart and the Users as they rediscover Earth’s last hidden library and its knowledge through problem solving, adventure and using the Dewey Decimal system.

The One World Order is preparing a complete library of all Human knowledge which is hidden underground. A desperate search by head librarian Ms. Bookheart for an important missing volume of recent history begins in the library in the outskirts of the city.

Ms. Bookheart awakens in a world dominated by the Wipers and greeted by four children—Aphos, Abakas, Varian, and Lidar—members of another group of tech-savvy extraterrestrials known as "The Users". The children, along with Ms. Bookheart, rediscover the hidden library, and in the course of the series she teaches them how to use it.

In 2123, humanity is evacuating Earth for the White Crystal Solar System, due to pollution and an attack carried out by the nefarious Wiper race, a group of aliens that are determined to interfere with communication and data technology.

LET'S PLAY A GAME: Test your Tomes & Talismans knowledge with this 10-question quiz on MPB's popular television production from 1985. Share your results with us!

On October 17, we’ll go back to the beginning with Ms. Bookheart and the Users as they rediscover Earth’s last hidden library and its knowledge through problem solving, adventure and using the Dewey Decimal system

By popular demand, the theme music for the hit educational series Tomes and Talismans is here.

TOMES & TALISMANS 'ON THE SET' 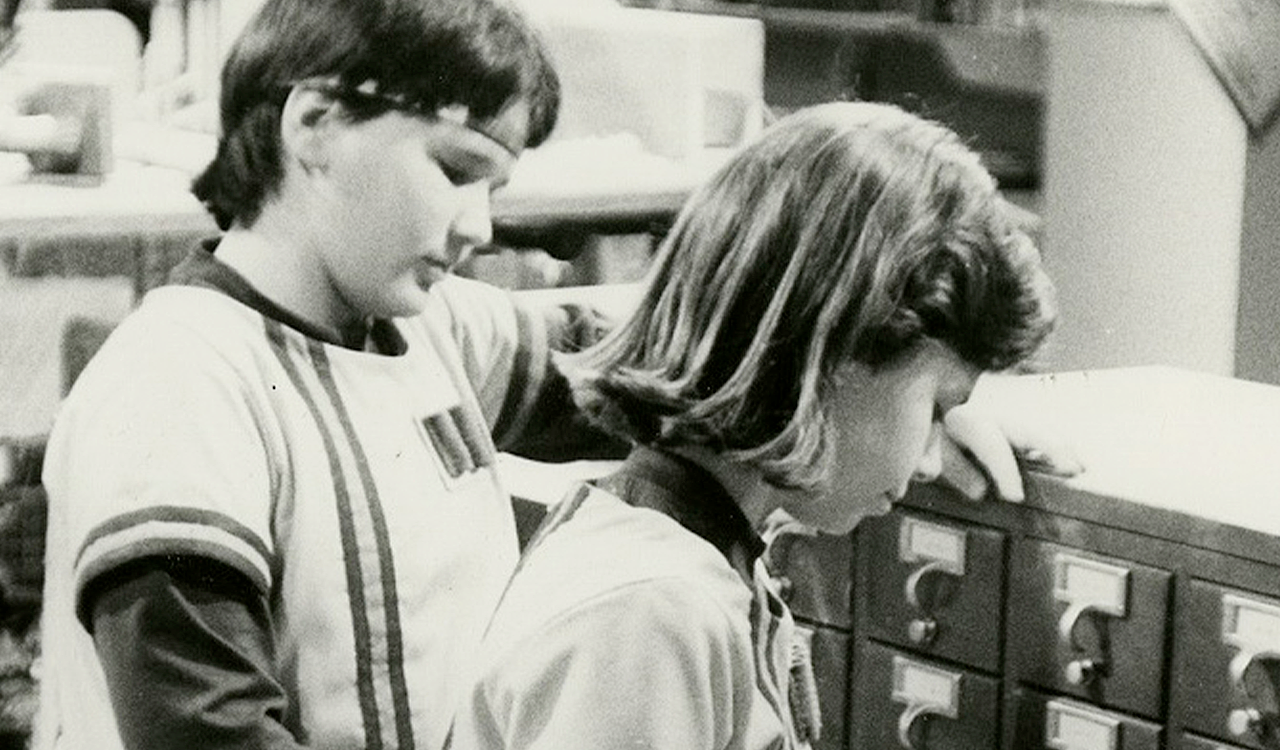 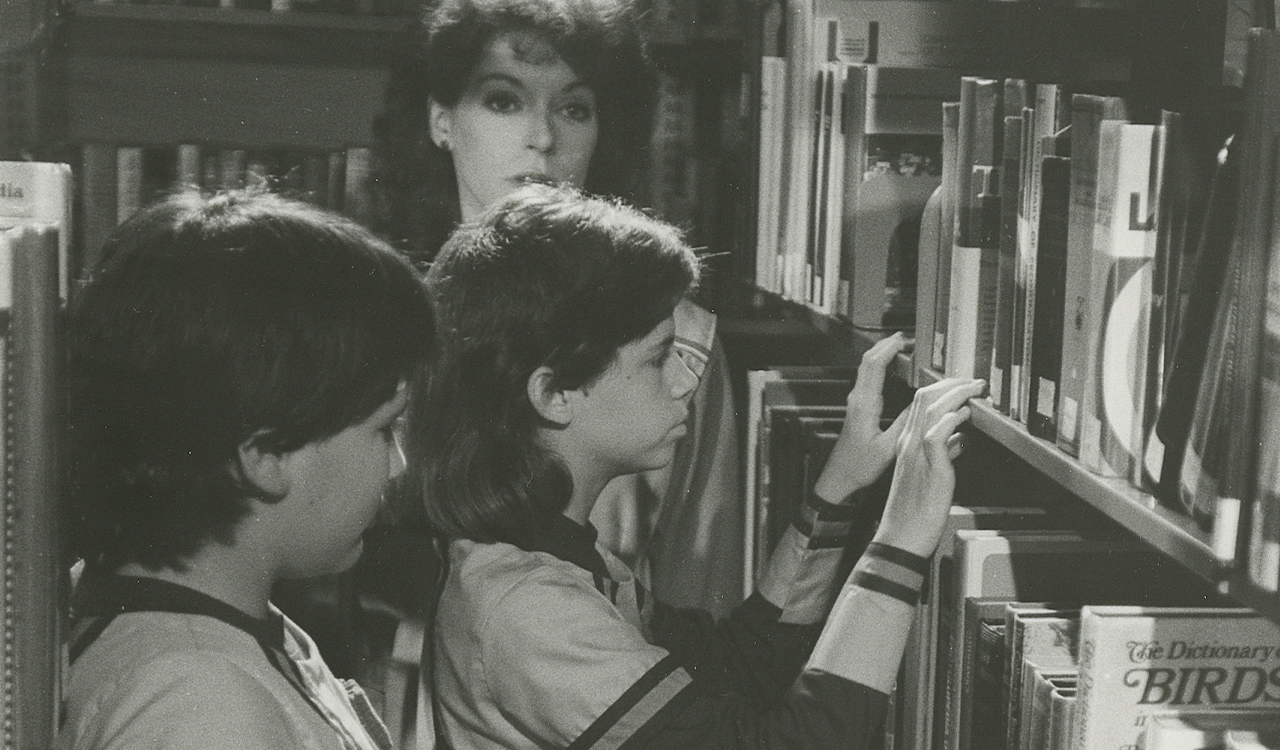 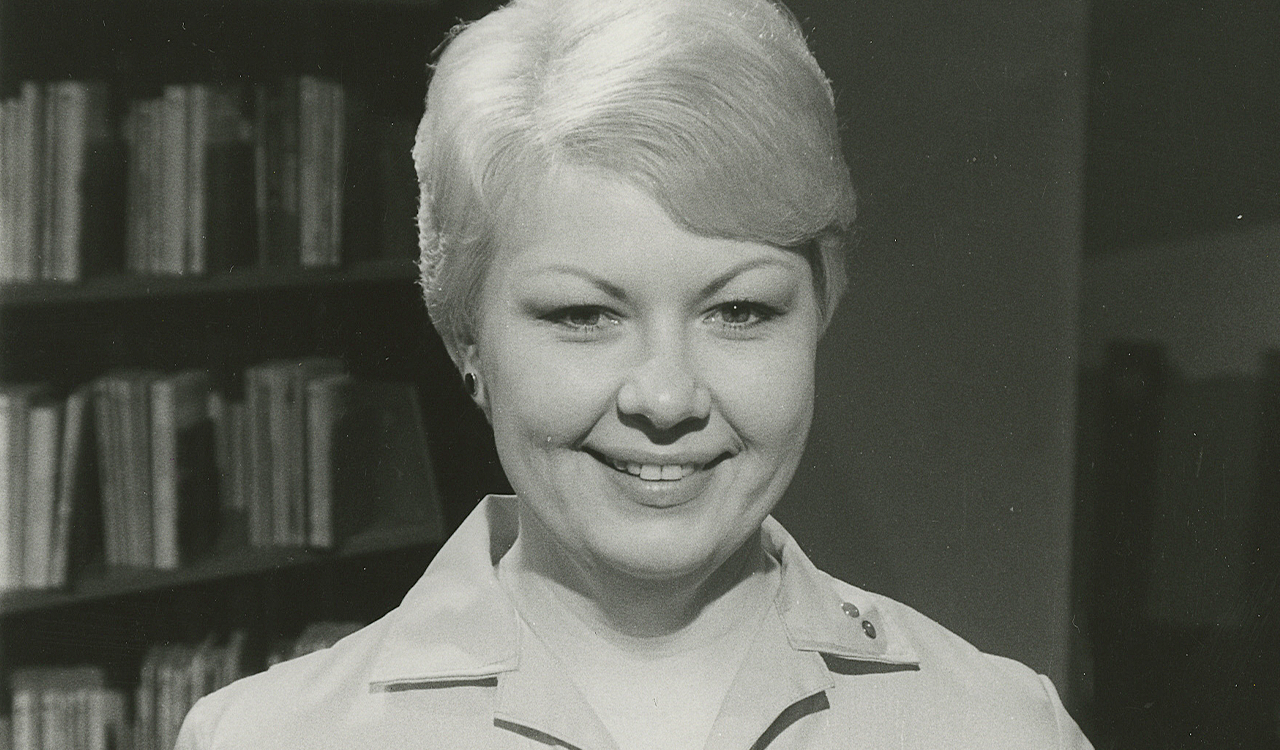 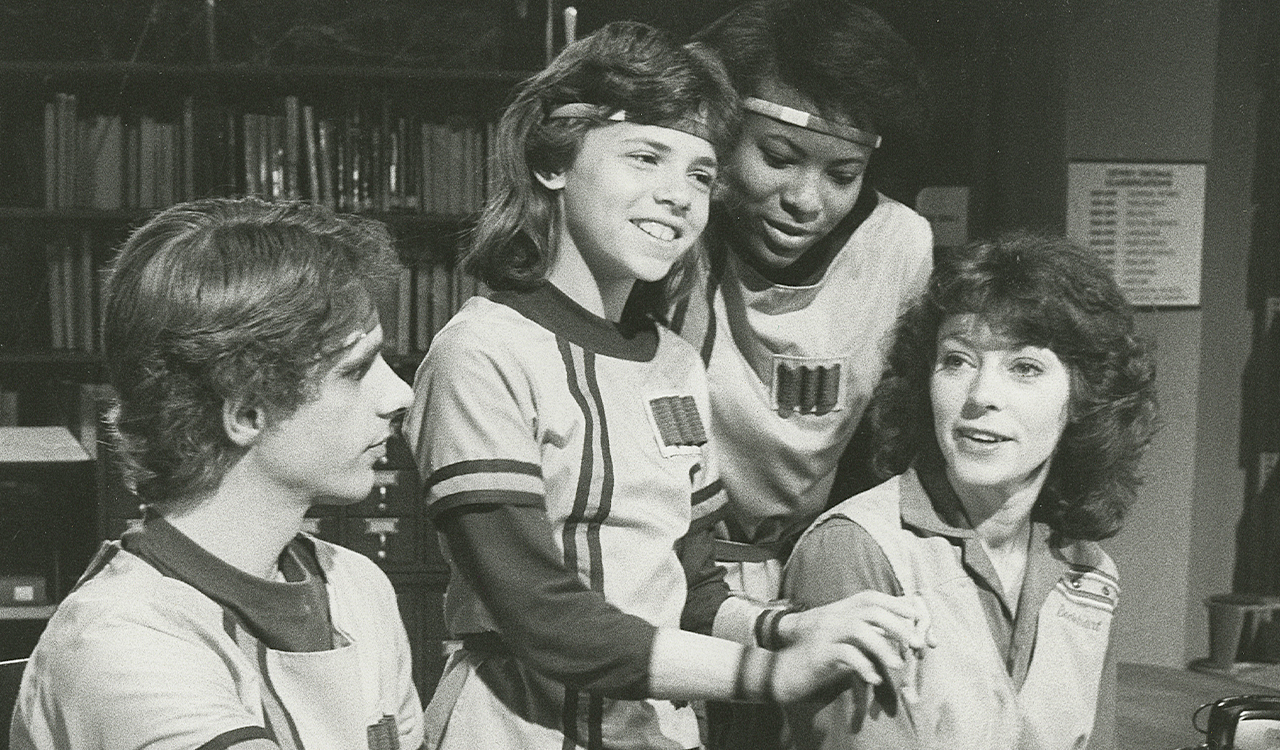 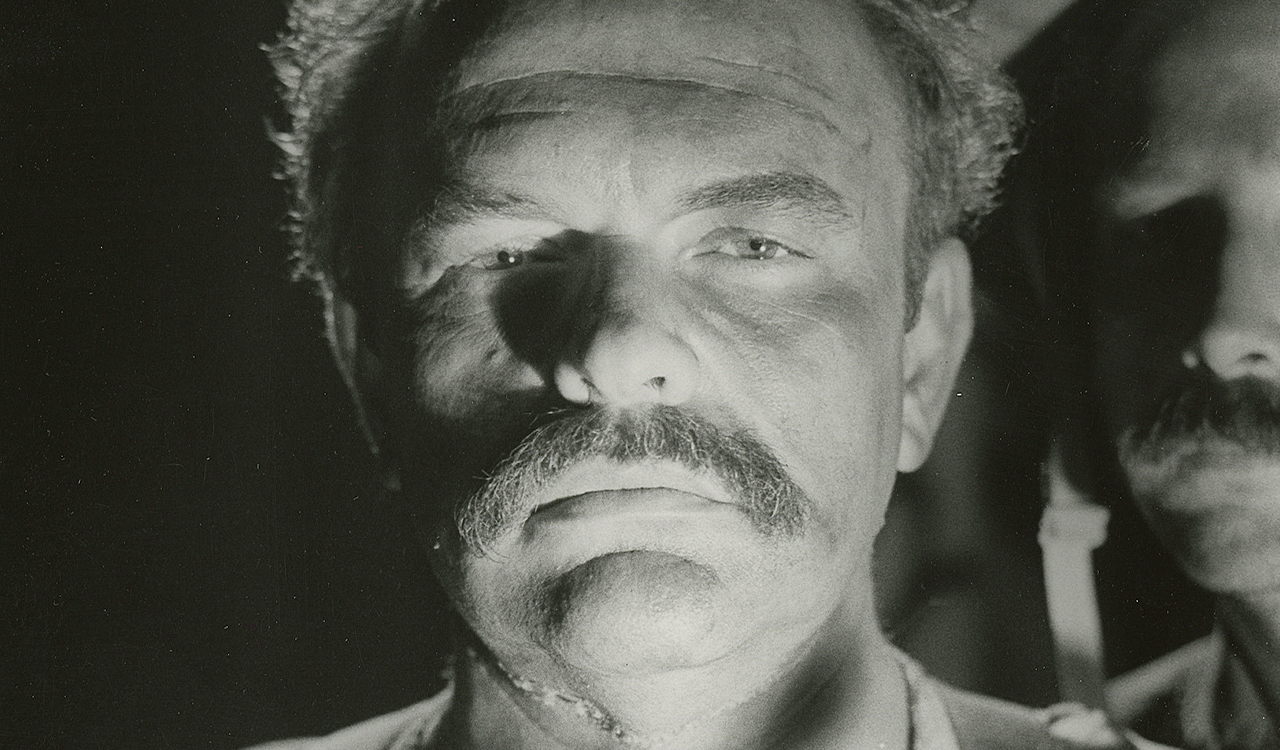 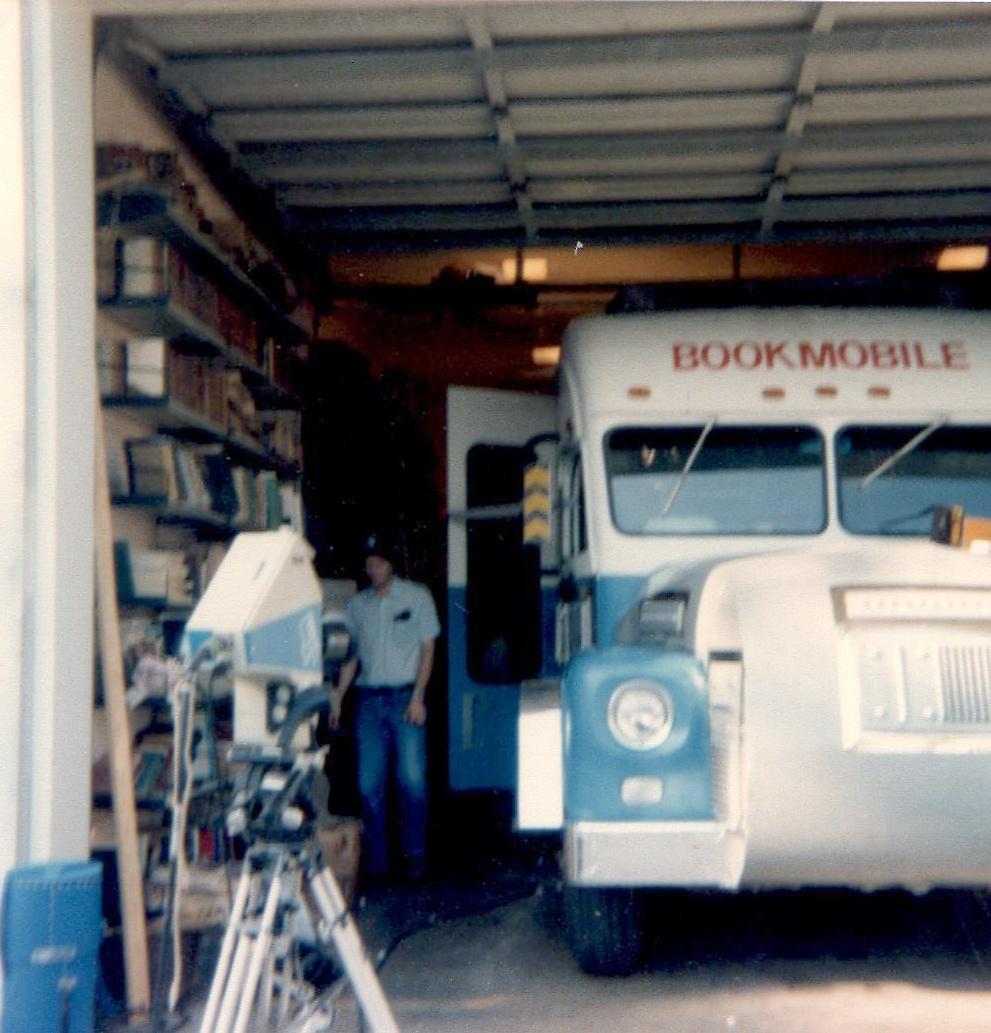 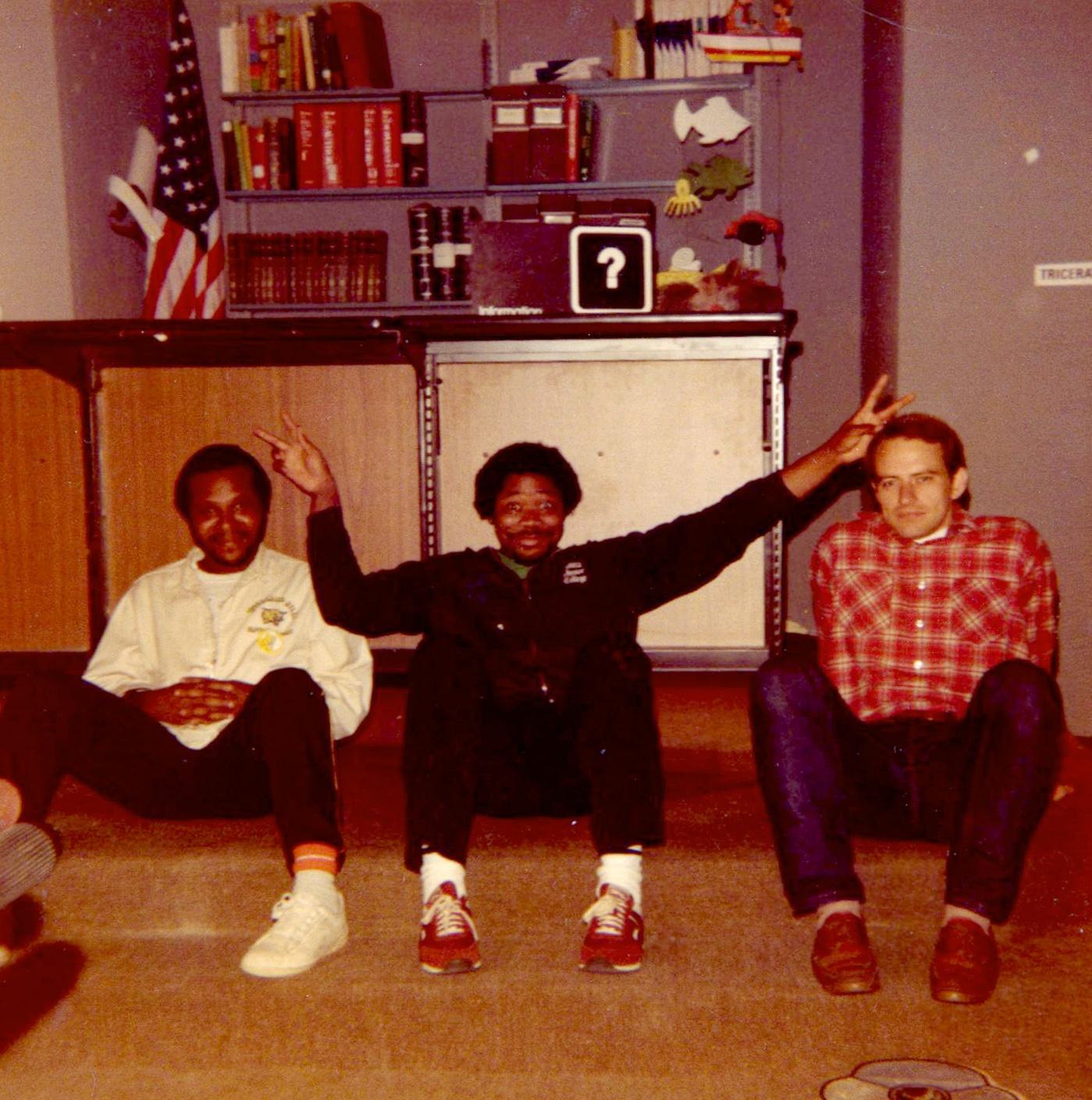 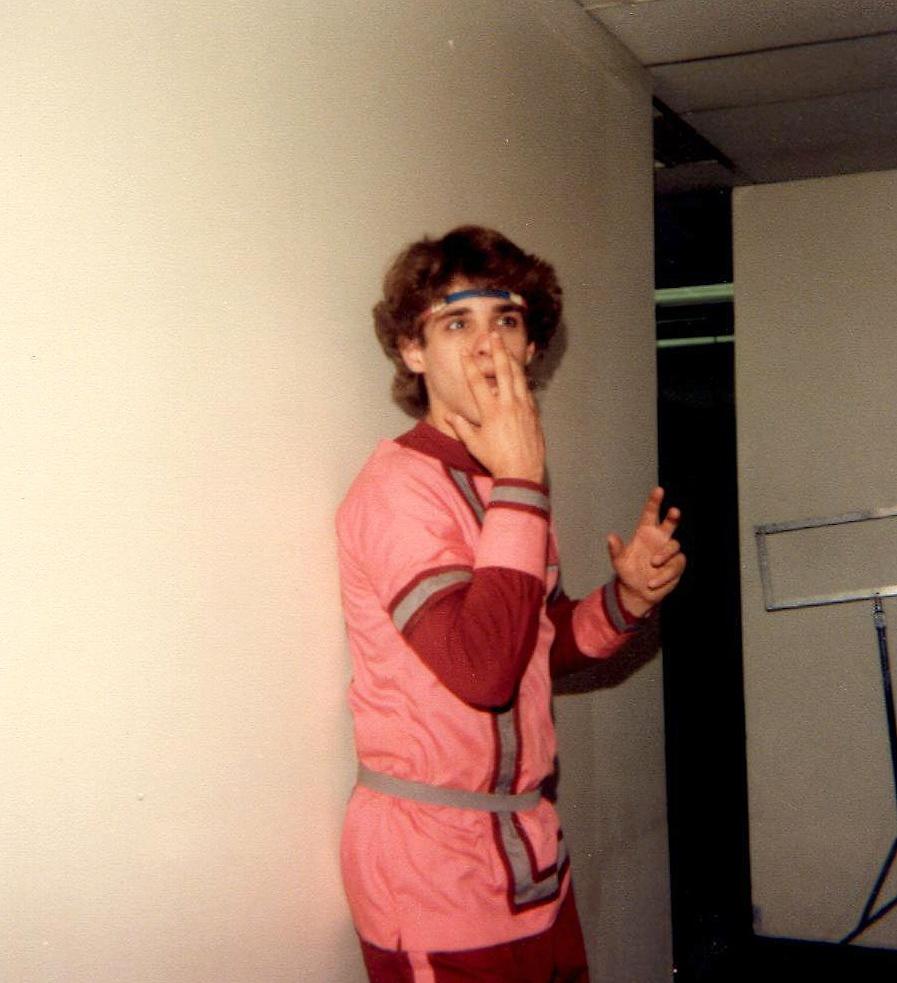 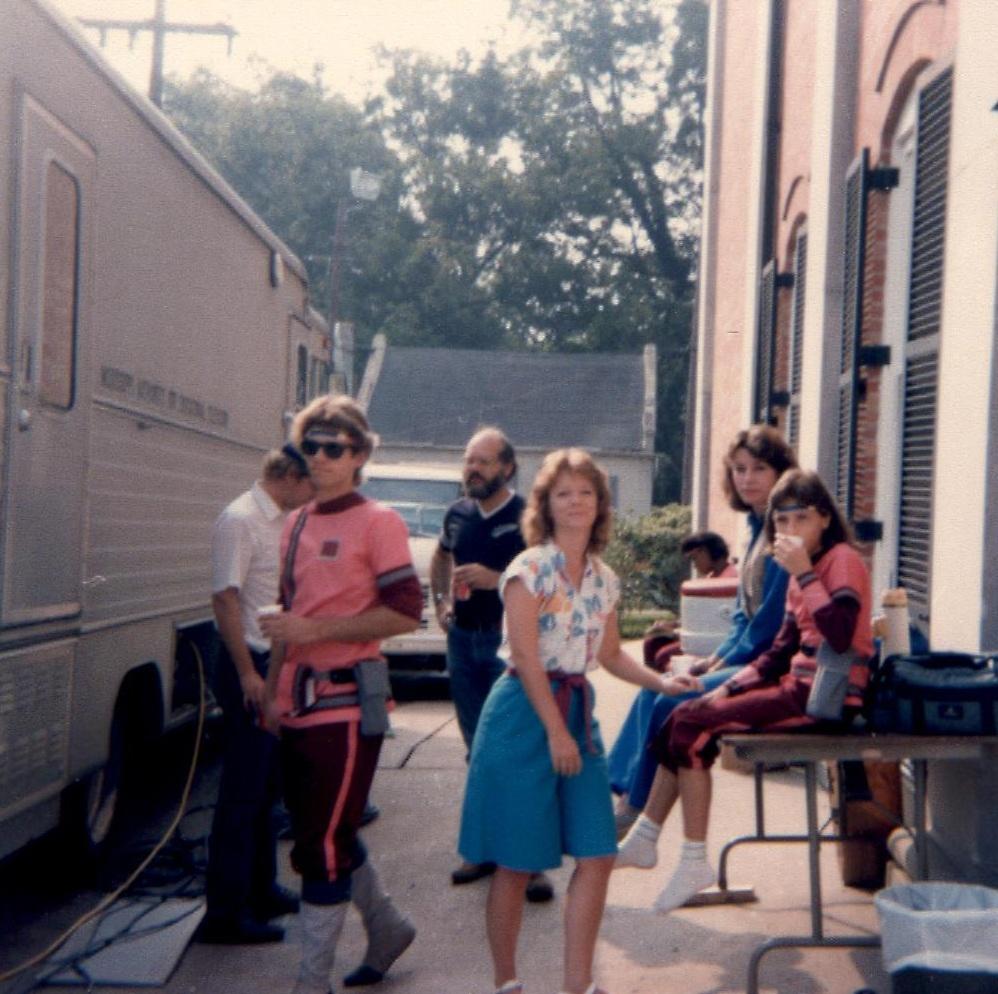 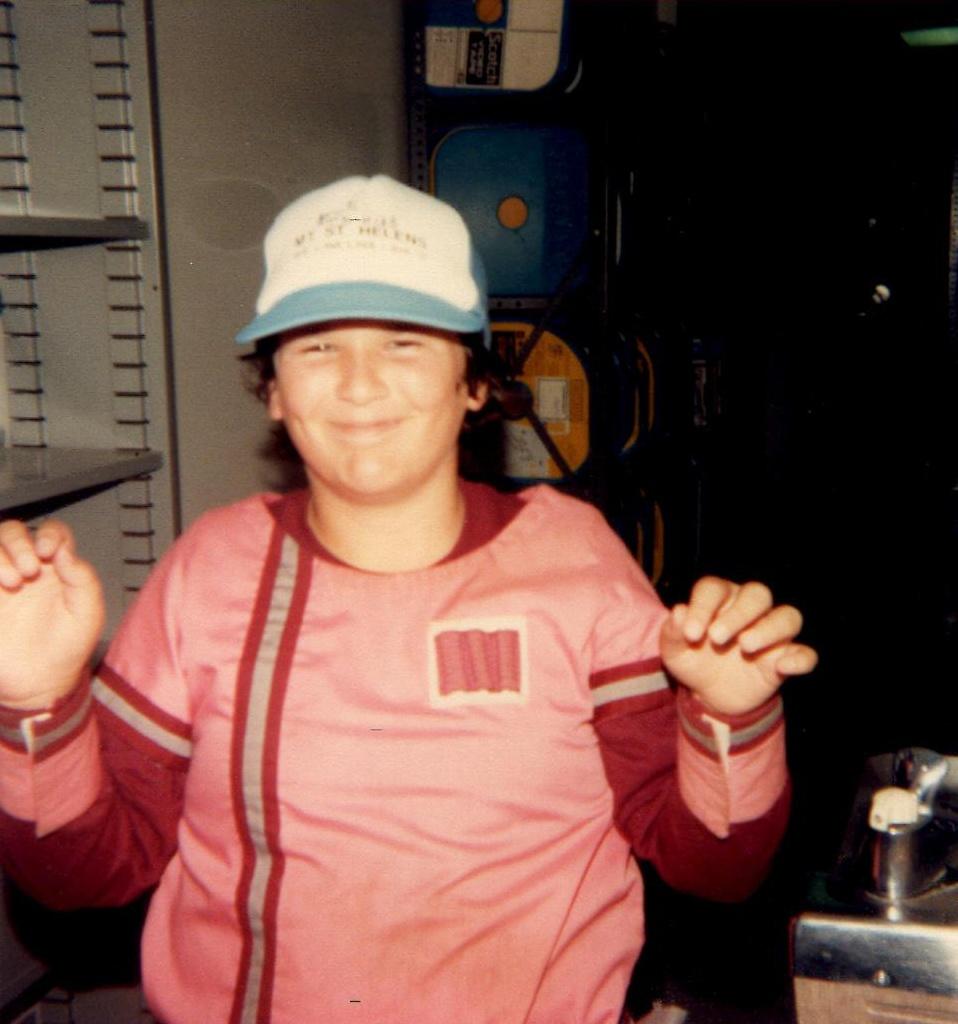 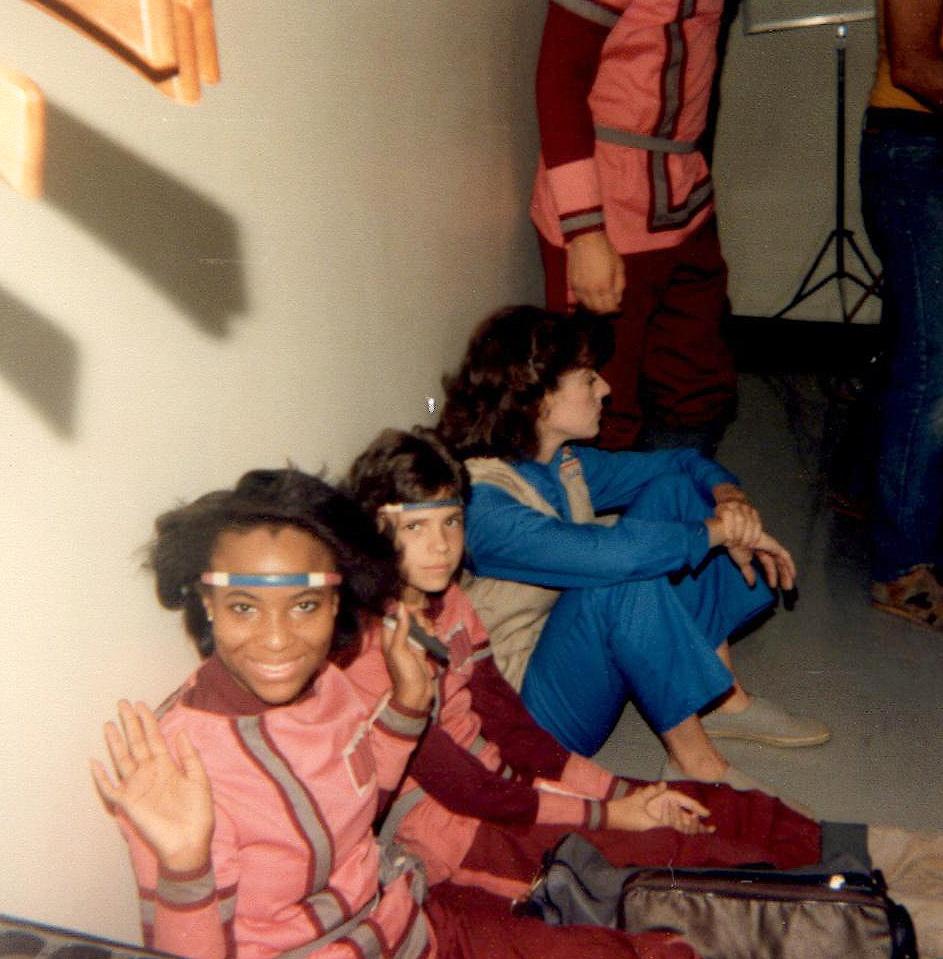 By popular demand — another fan favorite — the Encyclopedia Song from Ms. Bookheart for the hit MPB educational series Tomes and Talismans is here.

All episodes STREAMING NOW at https://www.mpbonline.org/tomes/

FANS OF THE SHOW

On this episode of Too Many Tapes, we're taking a look at Tomes and Talismans—a show so strange I thought I imagined it as a kid. Enjoy this deep dive into this 80s low-rent Doctor Who/Mad Max/High Fantasy crossover pastiche that tried to teach kids the importance of proper library usage.

Only one episode of Tomes and Talismans is legally available to watch online, so I urge you t

Tomes & Talismans is an instructional series produced in the mid-1980s by Mississippi Public Broadcasting known then as Mississippi Educational Television. The purpose of the series was to teach library research methods. To make the lessons more appealing, they setting was a futuristic Sci-Fi environment. An alien race called “The Wipers” is trying to destroy human knowledge, while librarians aided by their allies, “The Users,” attempt to preserve it. The series of 13 episodes was widely viewed in school settings and is well remembered by students of that era.

The 1986 series was produced by Mississippi Public Broadcasting–then Mississippi ETV– as a tool to teach elementary age students about the Dewey Decimal system. As an educational resource, Tomes & Talismans found its way into homes, schools and libraries across the nation, gaining fans far and wide along the way.