00:0000:00
A Flood of Unemployed Workers Are Seeking Help Amid Coronavirus Pandemic 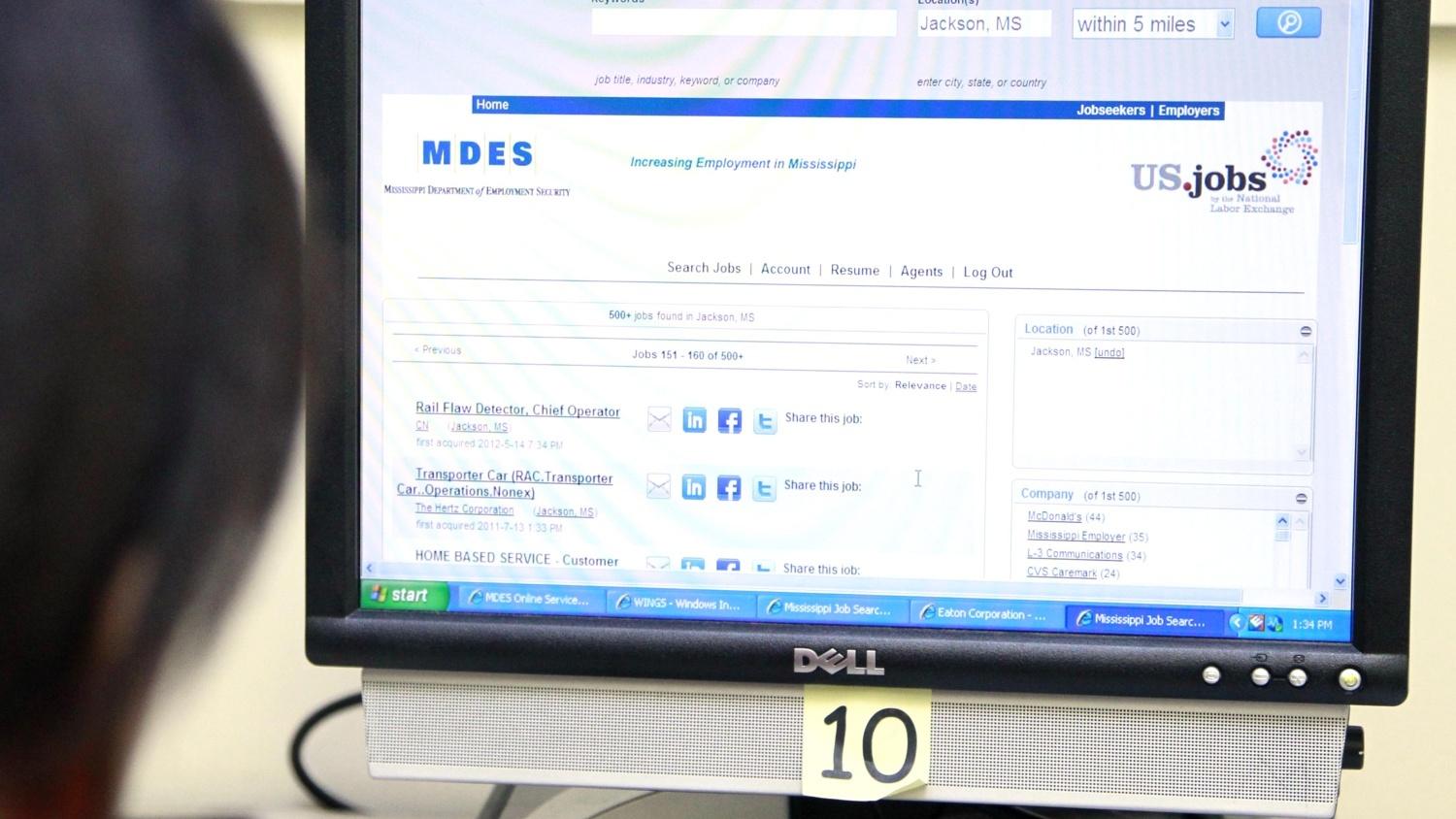 Mississippi is expected to lose more than 100,000 jobs in the next few months due to concerns over the coronavirus, according to an economic policy group. Restaurants and other businesses have closed their doors or limited services. As MPB’s Ashley Norwood reports, the closures now leave thousands of residents out of work and in need of financial assistance.

Thousands more Mississippians are dialing into the state department of employment security’s call center to file an unemployment claim -- but they can’t get through.

Jackie Turner is executive director. She says where they normally would field 600 calls a day, now they are seeing 10 times that number.

Applications for unemployment benefits submitted in Mississippi rose to just over 6700 last week, according to the U.S. Employment and Training Administration. That’s an increase of 486% from the number of applications submitted the previous week.

Turner says they’re experiencing a surge in applications because requirements for unemployment compensation have recently been modified to help workers who aren’t able to work due to COVID-19 concerns. Rules will now allow workers who are or have been quarantined, laid off or sent home without pay -- to file for benefits. New rules also make eligible -- persons diagnosed with the disease and those caring for someone who’s been diagnosed.

Turner says there are two primary ways to file: on their website or by calling their toll free number.

“Just know that employment security staff are here working around the clock and we are committed to getting unemployment insurance benefits for those who qualify,” said Turner.

But, how prepared is Mississippi for a flood of unemployed workers? Fewer than 10% of unemployed workers received benefits as of fall 2019, according to a recent report from the Center on Budget and Policy Priorities. They classify the state’s unemployment system as ‘barely functioning.’

“This is a situation and a crisis that has to be locally implemented, state-managed and federally supported. And so when you look at the unemployment side of things, we’re going to do everything we can to lessen the burden on Mississippians,” said Reeves.

If a person filing for unemployment meets all the eligibility requirements, the first week serves as a waiting period in which the recipient will not get a check. The governor’s recent signed order will eliminate that waiting period for all claims filed from March 8 to June 27. He also suspended work search requirements that applicants must normally meet to receive benefits.

Turner with the department of employment security says these changes are critical.

“Typically when you’re filing for unemployment insurance and you qualify you have to continue to look for a job to stay on unemployment. And in this case because of the coronavirus people are not able to do their work searches so we have suspended those two rules immediately,” said Tuner.

Ryan Reynolds is the general manager of Enter/Locked Escape Room in Ridgeland. He says in this time of uncertainty, it’s difficult to explain to his 12 employees when they’ll ever get another check. The business is closed for bookings indefinitely. Even though they are still considered employees, no one is getting hours for the foreseeable future.

“Trying to figure out if we are able to instead of filing unemployment for myself or any of the other employees if we need to go through the process of letting everybody go and then coming back later,” said Reynolds.

About 34,000 people work direct hotel operation jobs in Mississippi. Almost fifty percent of those employees are projected to lose their jobs in the coming weeks. That’s according to data compiled by the American Hotel and Lodging Association. Chip Rogers is president and CEO.

“There are no rooms to clean because nobody’s staying in those rooms. There’s no people to manage so you don’t necessarily have management. There’s no food to prepare so you don’t have people working in the kitchen. There are virtually no guests so you don’t need security personnel. So really across the board just about everybody has been furloughed or in some cases sadly lost their jobs,” said Rogers.

Jackie Turner with the department of employment security says before the coronavirus outbreak, Mississippi’s unemployment rate was lower than it had been in a very long time-- at about 5.5%. And according to experts, it may take a while to get things back on track.