00:0000:00
Experts say long school closures could have a lasting impact on students 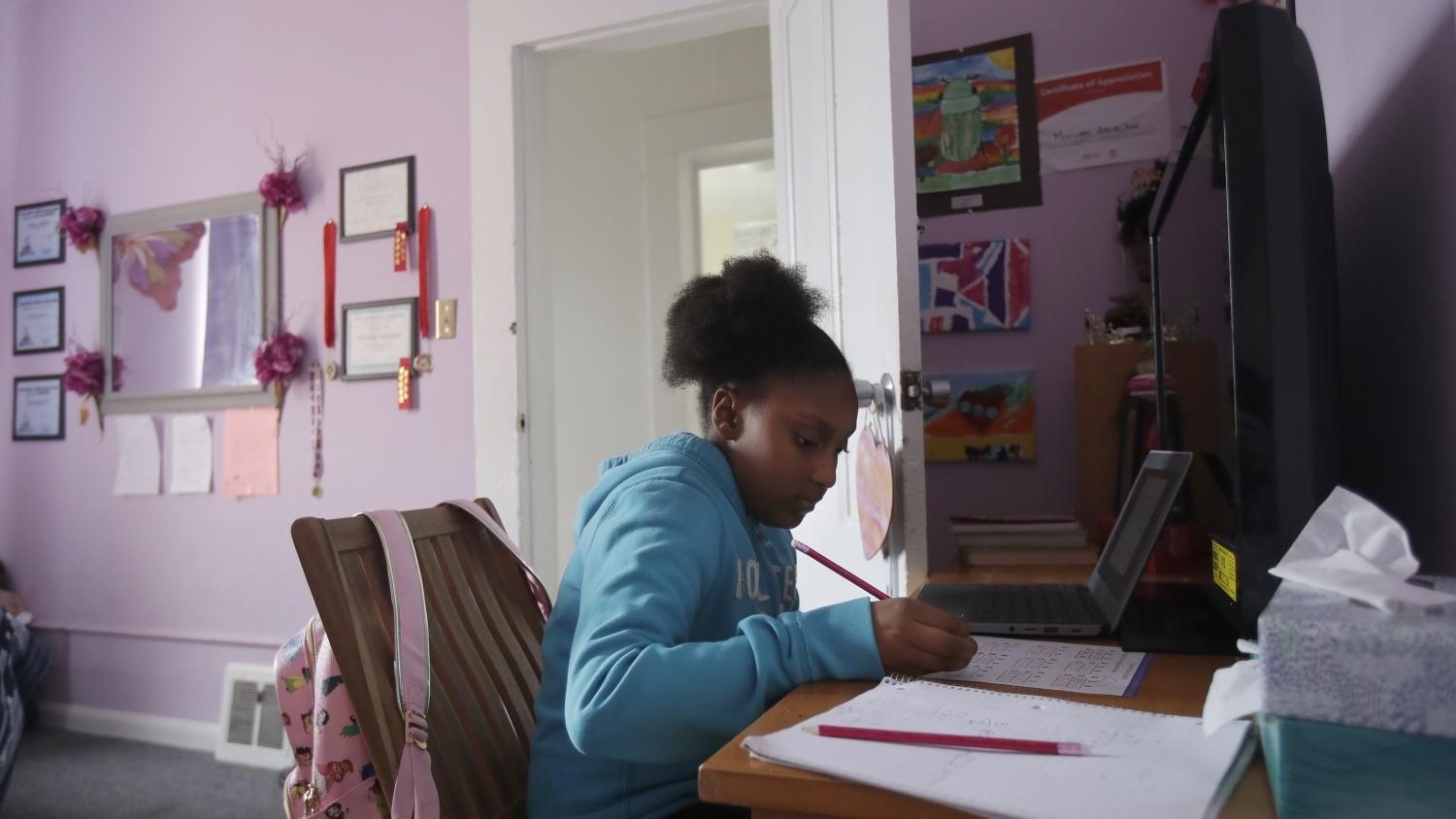 Class is still in session, but public school campuses across the nation remain closed due to concerns over the coronavirus. In the deep south, where schools rank at the bottom, experts say long school closures could set back the majority of students. And as MPB’s Ashley Norwood reports, for some students the set back is expected to be much worse.

When schools closed in mid March to prevent the spread of the coronavirus, teachers were forced to practice distance learning and resume instruction online. Ashana Bigard of New Orleans is a single mother with two school-aged children. She says her third grade son is autistic. The community organizer with a two year degree says she’s had to step up and play teacher while facing other barriers during this pandemic.

“It’s been crazy. One, my internet is not that reliable. It goes in and out. Then we have one iPad for both my kids. Those people are trained to do those services. I am not. I am just a parent. I have other things I’m trying to do. I’m still trying to figure out how to make money so I can put a roof over our heads and feed us,” says Bigard.

Mississippi’s Republican Governor Tate Reeves says school buildings will remain closed for the rest of the year due to the coronavirus. His recent decision comes after neighboring state Alabama announced in March schools would be closed for the rest of the semester and just before Louisiana would also choose to close campuses until further notice.

Reeves says districts should be looking at options like summer school or beginning fall classes early to help students who are falling behind.

“We’re going to work with our local superintendents cause it’s going to depend on how much distance learning actually occurred. In some districts and in some areas and in some schools they may feel very comfortable with where the vast majority of their kids are and if that’s the case that’s fine,” says Reeves.

Reeves is expected to sign an executive order with details for school districts to develop enhanced learning plans for their students and their communities.

But regardless of distance learning, some advocates say whenever schools return the likely result is a generation of students forced to play catch-up -- perhaps even for years to come.

Nancy Loome is with the education advocacy group The Parents’ Campaign.

“Despite our very best efforts we know that what they are getting through the online program, and particularly students who don’t have access to the online program, it’s simply not anywhere close to what they were getting in the classroom. You just cannot replace quality teaching with an online platform and expect the same result,” says Loome.

Loome says some of the most vulnerable students are those living in deep poverty or lacking home internet access. Mississippi trails most of the other states in both categories. About 30% of households in the state lack broadband. The state is also close to the bottom of the list for income per capita.

Like its neighboring states, Mississippi ranks near the bottom in education at number forty-six. Louisiana ranks 48 and Alabama ranks 50th, according to the U.S. News and World Report.

In order to understand how severe students’ learning loss may be, researchers are examining data on the “summer slide.” It is a decline in reading ability and other academic skills that can occur over the summer months when school isn't in session.

Paul von Hippel is an associate professor of public policy at the University of Texas at Austin. He says this year’s losses could be greater than normal.

“Children learn less when school’s out than when school is in. At least less as far as academic skills go. And when there’s a long interruption that’s not made up for in some way, more kids end up repeating a grade, fewer kids go to college, the effects could last into adulthood. You see people not being as stably employed as they would be otherwise, not making as much money and so on,” says Hippel.

On a conference call, Mississippi’s Superintendent of Education Carey Wright says the recovery plan is critical. The state is anticipating about 170 million dollars from the CARES Act for public k-12 schools. Majority of the money, she says, will be dispersed across the state’s 140 districts to help shore up their distance learning needs and decrease the gravity of students’ learning loss.

“There are pockets in our rural communities where they do not have broadband, they don’t have access to the internet. That is something that I think we need to address as a state. We are going to be having these monies come in from the federal government. And, since they are one-time monies this is the perfect time for us to be looking around at what can we do to help all areas of the state ensure that all children have access to the internet,” says Wright.

Wright says this is especially important in case there’s a resurgence of COVID-19 in the fall shutting down schools completely and leaving children’s learning dependent on the state’s broadband access.

School leaders are now faced with trying to assess where students stand academically, and how to address potential learning gaps. Exactly how that will happen is unclear but education officials say they are going to do all they can to make sure no child is left behind.