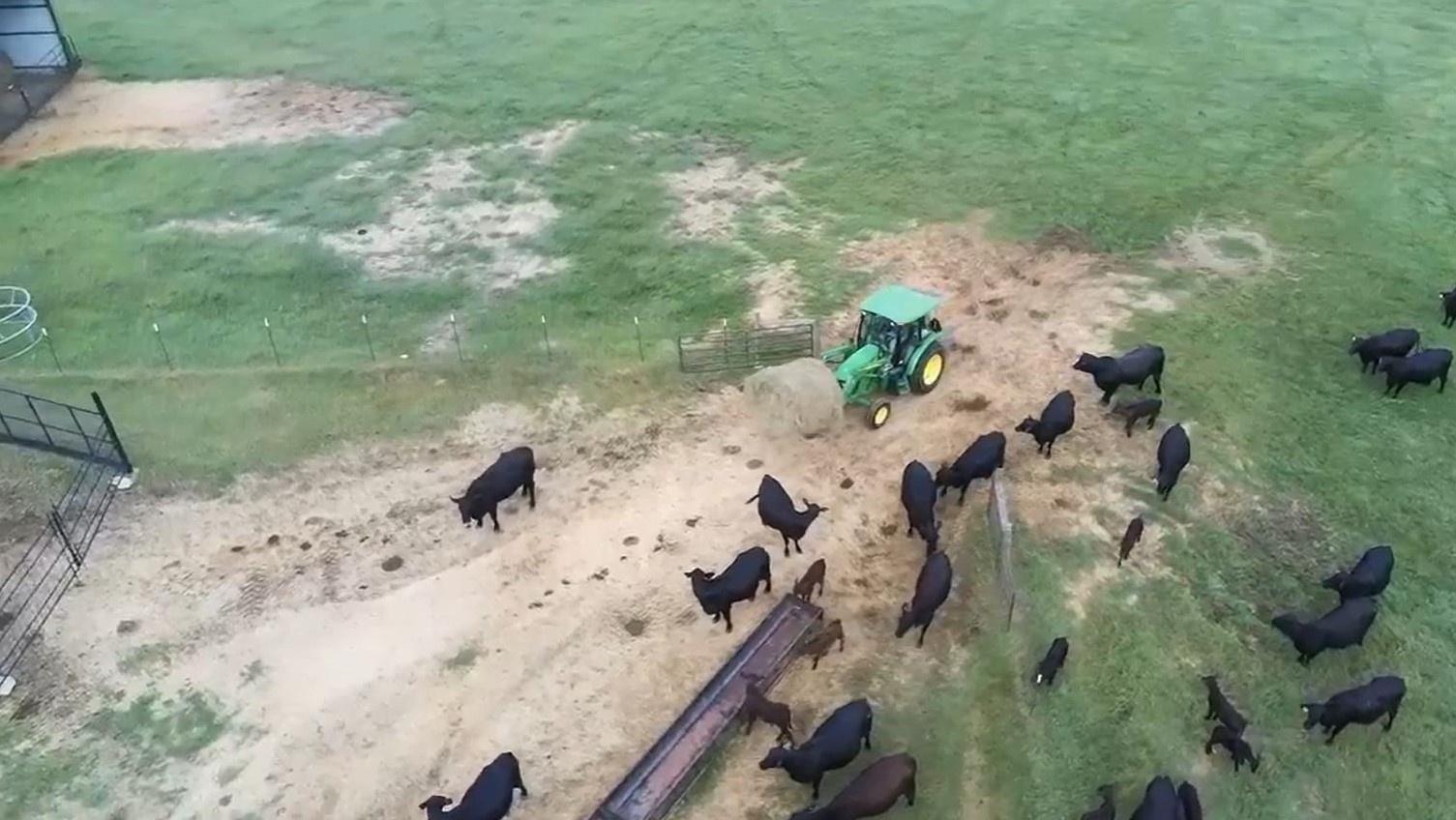 The demand for nearly every agricultural product has fallen flat during the Coronavirus pandemic, causing farmers across the gulf states to lose essential income. As MPB’s Kobee Vance reports, some products are being thrown out because of decreased demand.

When restaurants closed across the country over concerns for the Coronavirus, M&W Farm in Dehli Louisiana was not able to ship its first crop of cabbage to distributors.

“You know, a lot of these restaurants are down and that is a big thing. But restaurants and schools, everything like that. They make a tremendous impact on the amount of volume that I sell.”

That’s farmer Elmer Wells. When he was ready to harvest his crop of 90,000 cabbages, the two distributors his farm relies on informed him they were already overstocked.

“And they told the warehouses to buy buy buy, and then when it was our turn, our product was about to come off. Well, the warehouses were still full, there was no foot traffic in the store to buy anything. And we started scratching our heads.”

Wells, like many farmers across the country, are facing issues of food waste because of restaurant closures. Mike McCormick, President of the Mississippi Farm Bureau, says there is much less demand for food products right now, and grocery stores can not close the gap left by restaurants.

“It’s not an easy thing to hit the pause button and to redirect all those products in another direction. So the disruption in the supply chain has been challenging for our farmers, and it’s cost a lot of money in the commodity market.”

McCormick says that impact has been broad. Beef prices are down 33 percent, dairy is down 40 percent, and products like corn and soybean have dropped 10 to 20 percent. He says uncertainty about the future has inflated prices at grocery stores, but reduced the income for farmers.

“So what the farmer’s giving into the futures market and the commodity market is a lot lower prices. Are people really going to buy this beef two or three months from now? The farmer’s getting a lot less, a third less than we were before the Coronavirus, but I’m sure that you’re seeing some price increases at the grocery store.”

Mississippi’s Agriculture Commissioner, Andy Gipson, says farmers were on track to outsell last year’s numbers, but now that restaurants and businesses are closed, they have nowhere to sell their product.

“We have an oversupply, for lack of a better term. Which is a good thing for us, as we’re weathering this storm. We’ve got plenty of food. But it’s really hurting our farmers in Mississippi and across the country.”

Gipson says one of the markets seeing the most food waste is the dairy industry.

Dairy farmers have to continue operations as normal, even if that means wasting product. Michael Ferguson, a dairy farmer in Senatobia Mississippi, says some cows produce between nine and twelve gallons of milk a day. He says if he stops a cow’s milk production, it would be impossible to bring them back into rotation again soon.

“There’s a dry-off period. They go through a cycle where they’re bred, you dry them up, they have basically a vacation period of 60 days or so. They recalve and they start back producing milk. So you can try to do that a little bit early and everything. But as far as just stopping, you’ve got to milk those animals or they will be sick and basically ruined.”

To protect his income, Ferguson partners with a Co-op to sell his milk. But if the co-op has an abundance of product, they could turn his shipment away. A rejected shipment would be dumped. But Ferguson says being in a Co-op helps protect farmers from a total loss of income.

“If you’re an independent dairy farmer with no affiliation with a co-op, you would not be reimbursed if they told you they didn’t want your milk. If you’re a member of a co-op, the money that comes in for the milk, it’s divided over the whole volume, what they call pooling. And it would bring the price of the whole area down, as opposed to just the one farm.”

The federal government is offering relief to farmers losing income because of the Coronavirus.

The USDA is using funds from the CARES Act towards a 19 billion dollar farm assistance program. Agriculture Commissioner Andy Gipson says it will assist farmers with those perishable products, like dairy.

“I think about 16 billion dollars of that is going to be devoted to assisting farmers. And then another three billion, this is important, the USDA is going to be purchasing excess commodities from distributors and then redistributing that to the food banks throughout the country for people in need.”

Gipson says he isn’t sure if that will be enough to get farmers through this process.

But farmer Elmer Wells of Delhi Louisiana found a way to move his crop of cabbages. The farm went on social media asking for help, and sold 90,000 cabbages to friends, neighbors, and strangers wanting to help.

“It really put us on the map. I passed out every business card I had and people were just coming out in droves. As fast as I could get it cut, people were coming and picking it up from the farm here.”

Wells says he was able to turn a profit by selling directly to neighbors. Now through social media, Wells has met other distributors that he hopes will help him move the produce meant for restaurants.

“I’m not getting the same money on some of the products. More specific on the restaurant end of the deal, some specialty items. Business has picked up, it’s just a little different. I took a load to Texas last week. I have to call the Department of Public Safety to make sure my drivers can go and everything’s alright. But, yes, I’ve got a load out.”

After losing money on the spring crops, Wells is hopeful his summer crops of butter beans and peas will help him regain some of the losses.