Hate Crimes Bill Among Those Passed Out of Committee Deadlin

00:0000:00
Hate Crimes Bill Among Those Passed Out of Committee Deadline Day 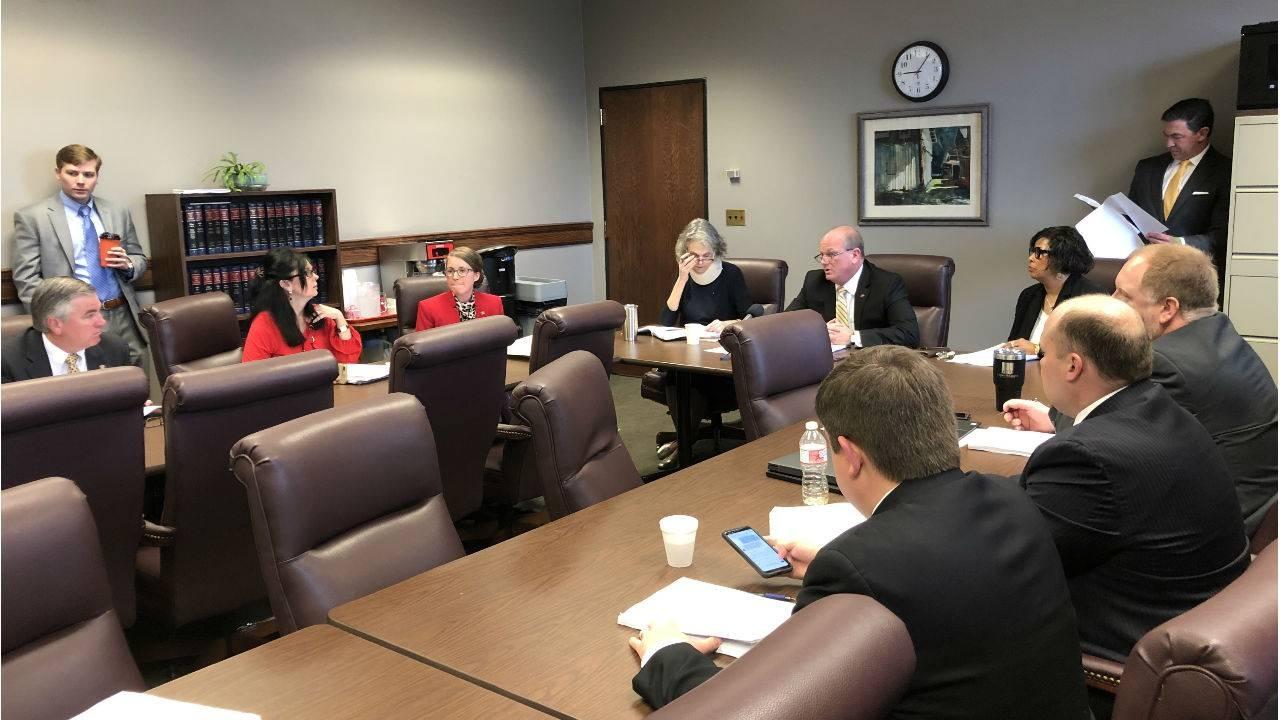 A hate crimes bill and one that increases penalties for cruelty to certain pets cleared a legislative deadline. As MPB's Desare Frazier reports Mississippi lawmakers have 10 days to take up the bills.

Legislators in the Senate passed SB 2658 out of the Judiciary B Committee. It enhances penalties for abuse of domesticated dogs and cats. Republican Angela Hill of Picayune says she's been working with law enforcement for seven years to make heinous crimes against the pets a felony for the first offense.

"You could commit one of these heinous, tortuous crimes against an animal and upon first offense of burning or scalding or impaling or dismembering a dog or a cat and you would only get a misdemeanor," said Hill.

The bill adds additional charges based on the number of animals abused. The Senate committee also passed a Hate Crimes bill that mirrors the federal law to include those with disabilities and lesbian, gay, bi-sexual and transgender Mississippians. Rob Hill with the Human Rights Campaign was there for the unanimous vote. He says SB 2424 would give law enforcement and prosecutors more tools to charge violent offenders.

"Because Mississippi doesn't have disability, sexual orientation, gender identity as a part of our state hate crimes laws now, they're limited in how they can investigate a crime. Very often we're waiting on the FBI, the federal governor to step-in," said Hill.

The "Ban the Box" measure, SB 2112, passed as well. It prevents public employers such as state agencies or universities from asking job applicants their criminal history. Democratic Senator Tammy Witherspoon of Magnolia says most applications ask if a person is a convicted felon.

"So what my bill does, it eliminates that box and if the employer says 'hey this is a good applicant, I need to do a second interview with them' and if they make that second interview then that information can be exposed," said Witherspoon.

The bill doesn't apply to private employers. The full Senate has until March 13, to pass these measures.