Mississippi’s seafood industry is recovering in some areas but still struggling in others. That’s according to the state Department of Marine Resources, which gave an update to Senator Roger Wicker yesterday during a boat trip in the Mississippi Sound. MPB’s Evelina Burnett was there.

DMR shrimp and crab bureau director Rick Burris dumps a handful of blue crabs into a bucket while giving Mississippi Senator Roger Wicker an update on this year’s catch.

"It was down last year, but right now - through August - they're at the same point they were through 12 months last year," Burris says. "So it's looking pretty good this year. I think it's because of all the rain we've been having."

The catch collected during the trip will be tested by the DMR, part of their seafood sampling program. Burris says the DMR has tested more than 770 samples since the BP oil spill for both hydrocarbons and . He says none of the samples have come back with significant levels of either.

The Department of Marine Resources has an $11 million federal grant to restore the habitat of the still-struggling blue crab. The money, which will also help oysters, was given to the state after the opening of the Bonnet Carre spillway poured freshwater into the Mississippi Sound in 2011. Mississippi's oyster reefs are also in tough shape.

DMR director Jamie Miller says the work funded by the NOAA grant will start in 2015.

"We've had a public meeting and a public hearing about it, so we are somewhat focused on that money right now," he says. "We've also got projects with [the Mississippi Department of Environmental Quality] through early [Natural Resources Development ] projects that are also focused on oysters."

Later in the trip, the boat dropped its nets to trawl for shrimp. The shrimp season so far has been a good one, with hearty catches and strong prices.

"We need to get the federal agencies together with the state people and also the members of the public who are affected, and we need to find out what the facts are because the data is so widely divergent," he says. "And then based on what we find, then we'll be more of a position to make a decision about addressing that in federal legislation." 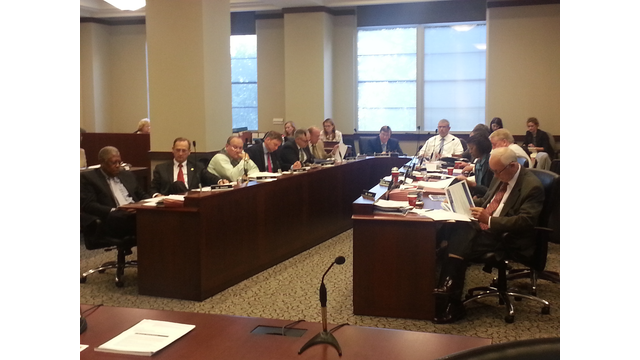 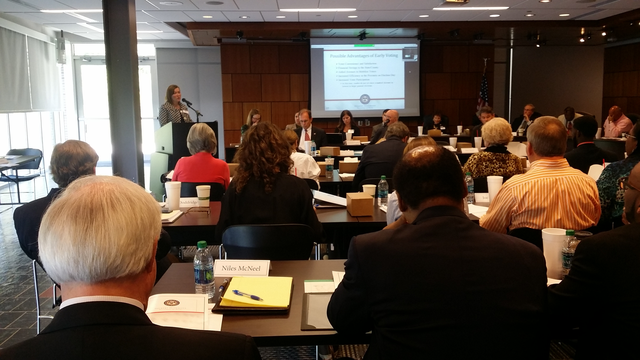