One Death Reported After Severe Weather 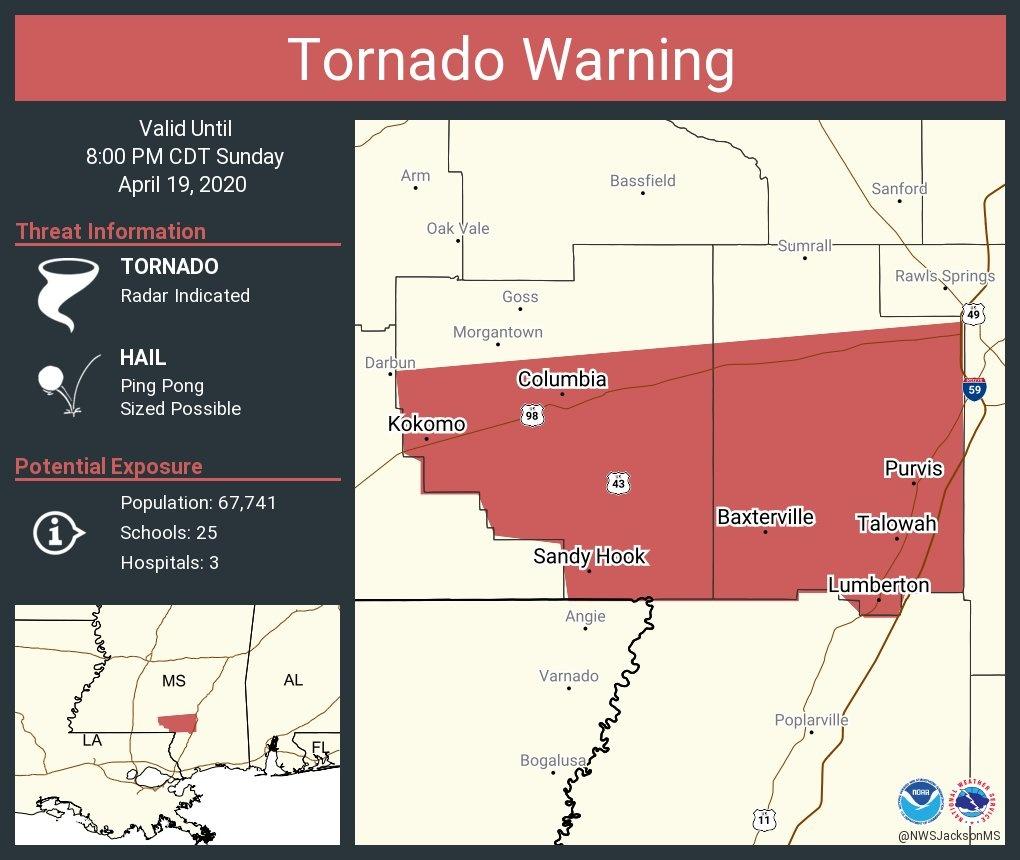 Emergency officials in Mississippi are still assessing the damage caused by severe weather this weekend -- just one week after widespread tornadoes devastated the state. MPB's Alexandra Watts reports on the aftermath and efforts to keep residents safe.

The storm comes a week after Governor Tate Reeves declared a statewide emergency after 15 were killed in devastating tornadoes.

Thousands were left without power, dozens of roads are closed and around 30 homes are damaged or destroyed.

Those with damaged homes may be apprehensive to seek shelter during the COVID-19 pandemic. But Hattiesburg's Mayor, Toby Barker, says emergency workers are on the frontline of the storm and pandemic. And they are ready to help.

"They are very aware of protections that need to be made when also paired with a national disaster such as a tornado or a flood," Barker said. "They do a great job of checking temperatures before people get there. They abide by social distancing guidelines. They have masks."

The Mississippi Emergency Management Agency says at least two tornadoes hit the ground, but most of the damage was caused by flash floods. MEMA executive director Greg Michel says residents can expect severe weather this time of year.

"April has historically been our most dangerous month of the year," Michel said. "And this month has started out more dangerous than we thought we would be seeing. important that everyone pay attention to this weather through the remainder of the season."

Five counties have reported damage, and numbers are expected to change as emergency officials survey areas.