Prevalence of Gangs An Issue In Criminal Justice Reform

00:0000:00
Prevalence of Gangs An Issue In Criminal Justice Reform 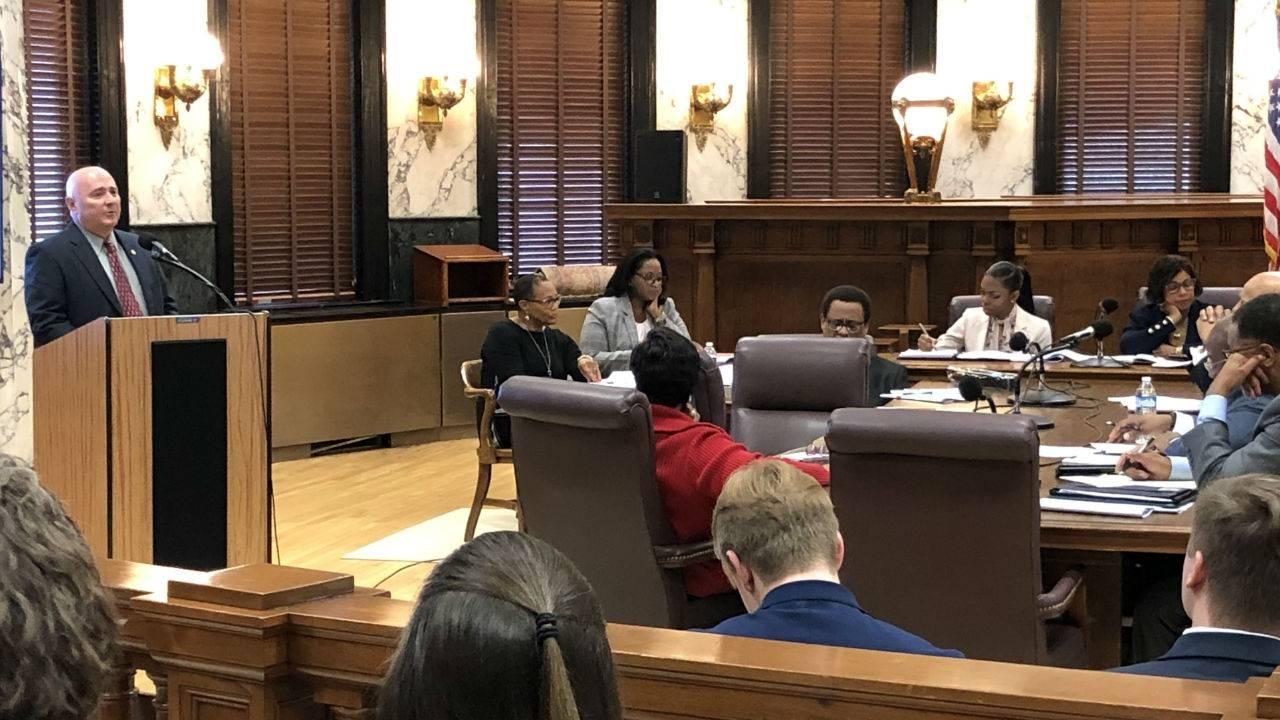 As Mississippi lawmakers tackle prison reform, one expert says an issue they have to confront is the thousands of gang members that flow in and out of the system. MPB's Desare Frazier reports.

Forty-one national gangs and eight outlaw motorcycle gangs are in the state--according to Jimmy Anthony with the Mississippi Association of Gang Investigators. He tells the Senate Judiciary B and Corrections Committees gangs operate as businesses in the prison system--their main criminal activity is narcotics. Anthony says the top three gangs in the state are the Gangster Disciples, City Royals and Vice Lords. He referred to the recent violence that's rocked state prisons and the deaths of 15 inmates.

"It's not popular to admit, you have a gang problem. Nobody wants to hear it. It scares people. How scary were some of the videos you saw last week hitting social media. I have videos that were sent to me from the prison from cellphones of people losing their life," said Anthony.

Anthony says gang members also become prison guards. Among the other issues raised at the criminal justice reform meeting was workforce training. Circuit Judge Prentiss Harrell of Hattiesburg presides over a drug court and says the programs are needed.

Harrell says the prison numbers are rising because people fail to meet conditions of parole or probation. Republican Senator Brice Wiggins of Pascagoula Chairs the Judiciary B Committee.

"What we have to get is how do we put in reforms and put in things that will minimize them violating the terms of their probation and things like that," said Wiggins.

Wiggins says the prison reform legislation they've passed like reducing penalties for drug and property offenses is working, but much more has to be done.