The Governor's Prison Task Force heard testimony that the Mississippi Department of Corrections received six bids for the prison commissary contract, to sell snacks and other items to inmates. It was a no-bid commissary contract that led to guilty pleas from former MDOC Commissioner Christopher Epps and Businessman Cecil McCrory. McCrory gave Epps money in exchange for the lucrative deal. Andy Taggart co-chairs the task force.

"What we like to believe is that more competition results in better services and better prices so we feel good about that." said Taggart.

"I think there ought to be oversight of that. I think it ought to be advertised. It ought to be bid. I am glad to see and hear in there, that they did bid that contract this time." said Upchurch.

MDOC received only one bid for another contract, the one for food service. The bid requested that the company supply the food. In the past the agency bought it separately. Valley Foods, the company that has provided the service for the past 25 years, submitted that bid and it's $1 million dollars less than last year's price tag. The agency is issuing an emergency one-year contract because the service ends June 30. Again, Andy Taggart.

"It appears that we proposed to receive bids in a different way for food services than we have in the past and that has raised some questions." said Taggart.

"I think that we need to look at centralizing the procurement system and I think that would really add more accountability to state government." said Harvey.

The task Force will meet June 19, and the 26, to finalize its report to the governor. 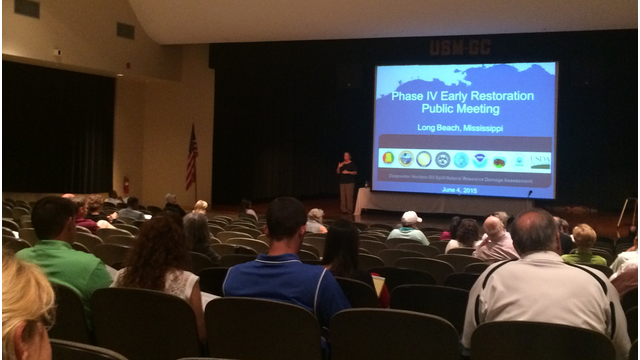