The lawsuit was filed Tuesday on behalf of 17 year old Destin Holmes, a student who allegedly endured such sever harassment she was driven out of Magnolia Junior High School to be homeschooled. Southern Poverty Law Center, Staff Attorney, Anjali Nair says the suit was filed because the district declined to take action to end the bullying and harassment when it was brought to their attention last March.

"During her time at Magnolia Junior High School. students and district staff called Destin slurs such as "It, Freak and He-She." Destin heard such insults as many as 20 times a day. She was also denied access to the girls restroom by a teacher. Because Destin according to the teacher was an in between "It."

After returning to the district as a student at Moss Point High School Destin Holmes says she continues to face harassment.

"Just because I prefer to date the same sex gender, wear a hat, or non girlish clothes doesn't mean I should be isolated and made fun because of it. I want to be treated equally as my peers. We are here to take a stand against a school that bullies kids like me."

Nair says the lawsuit names the school district, school board, superintendent and the former principal of Magnolia Junior High School as defendants.

"The demands came after an investigation found that district students, faculty and administrators have targeted lesbian, gay, bisexual and transgendered students because of their actual or perceived sexual orientation. Or students who dress in a manner who does not conform with antiquated sexual

In a statement, the school district  says it cannot speak to the specifics of the claims.  But says protecting students from acts of bullying, harassment and threats is their highest priority and that policies and procedures are in place to ensure that students are free from discrimination.    Lawayne Childrey, MPB News. 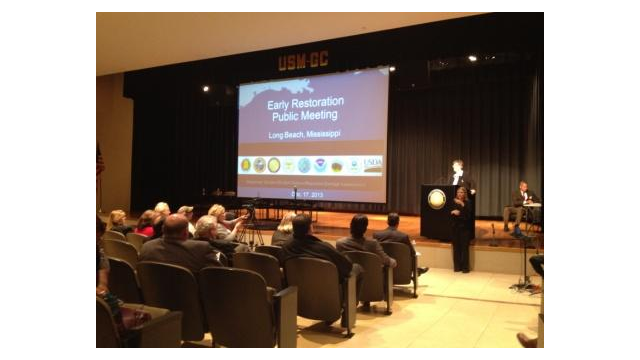